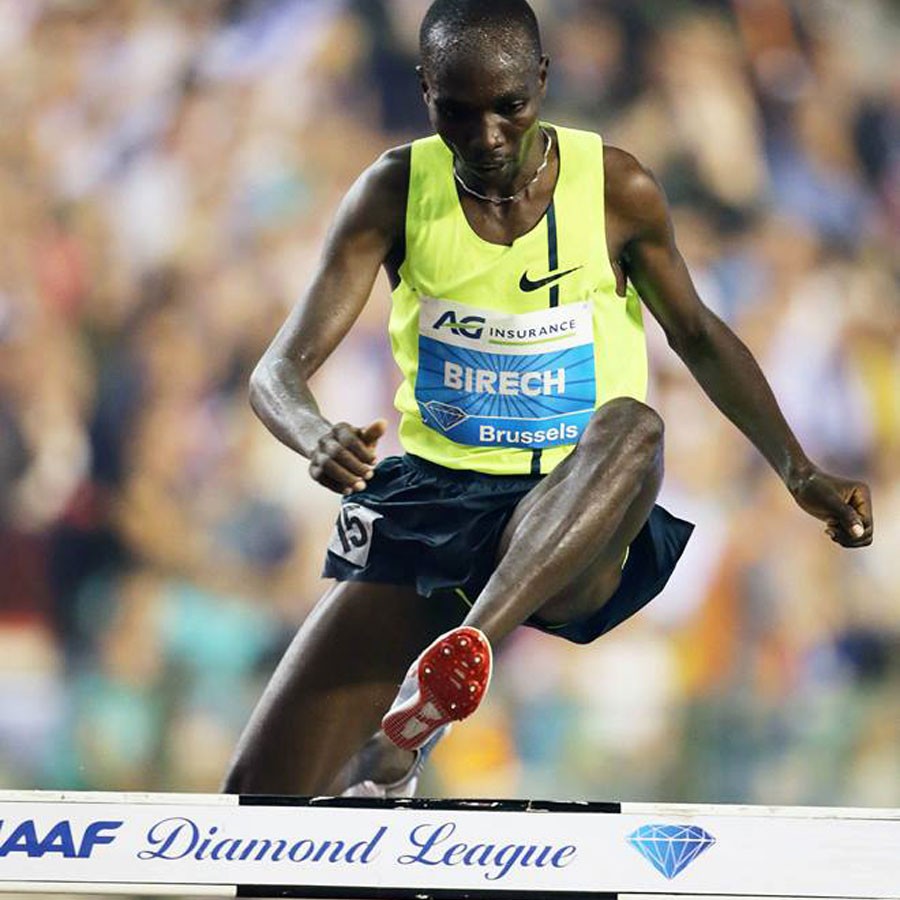 However, Jairus Birech pulled out his first run under eight minutes to secure the Diamond Race title.

Led through the first 1000m in 2:38.41, Mekhissi-Benabbad was keeping close to the pacemaker before Birech took up the running and went through 2000m in 5:21.31, with the tempo slipping just outside eight-minute pace.

Determined to become the 11th member of the sub-eight club, Birech pushed the pace in the closing kilometre, opening up a gap on Mekhissi-Benabbad before the final lap.

The 21-year-old Kenyan continued to pull away from his French rival and stopped the clock at 7:58.41, taking him to 10th on the world all-time list.

Mekhissi-Benabbad had to be content with a season’s best and European lead of 8:03.23. In third, USA’s Evan Jager set a North American record of 8:04.71.