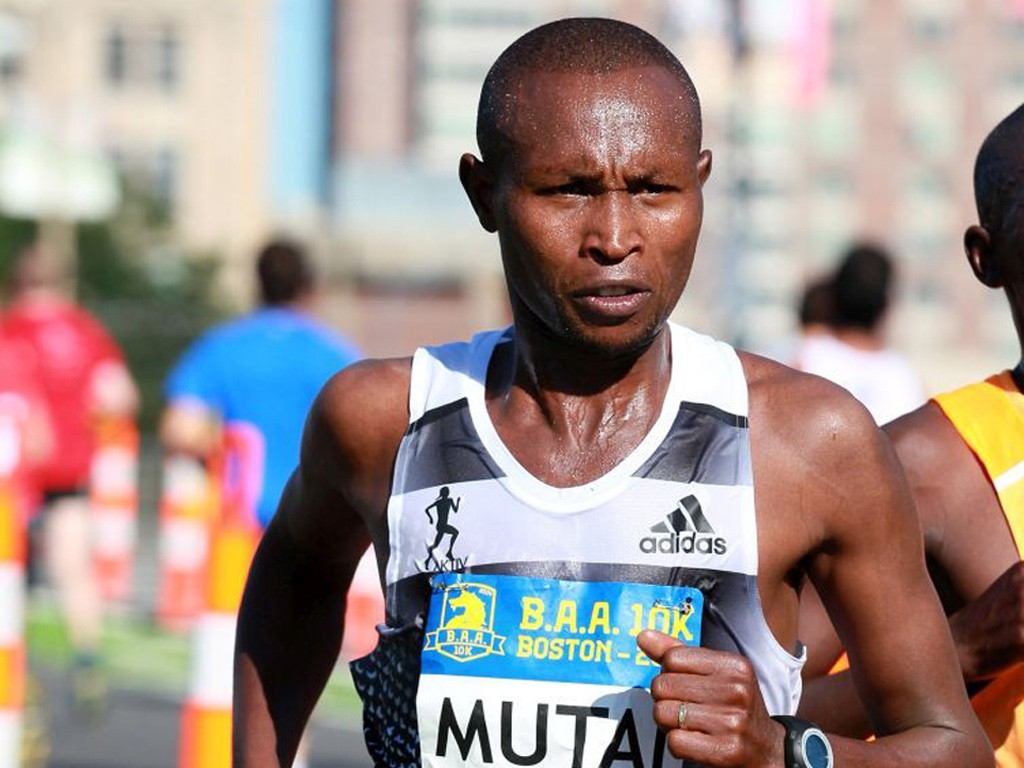 Only a few weeks ago Ronoh made headlines when he beat world-class marathon stars [link id=”299″ tax=”post_tag” text=”Wilson Kipsang”] and Dennis Kimetto to win the Mattoni Olomouc Half Marathon even though he began the race as a pacemaker.

He’ll soon be back for another big race in the RunCzech Running League when he lines up over 10 km against more big names from Kenyan athletics in the Birell Prague Grand Prix. Top of the list will be [link id=”324″ tax=”post_tag” text=”Geoffrey Mutai”], the fastest marathon runner of all time.

In recruiting a top performer such as Geoffrey Mutai, the RunCzech organisers have maintained their policy of bringing the cream of world class distance runners to the RunCzech Running League.

The 32-year-old Mutai won the Boston Marathon in 2011 with a sensational performance, clocking 2:03:02. This remains the fastest ever time for the marathon. However, since the Boston course cannot be recognised as valid for record purposes, the time is not accepted as a world record.

The Kenyan went on to prove that his Boston triumph was no flash in the pan, breaking the course record with 2:05:06 to win New York the same year. In 2012 he won Berlin with the fastest time in the world that year of 2:04:15 and the following year he achieved his second consecutive victory in New York.

“Running is in my blood,” Geoffrey Mutai once said. Even as a boy the sport fascinated him.

He told the Kenyan Newspaper “The Nation” that when he was ten, he paid five Kenyan shillings to go with a friend to a nearby town and watch the 1992 Olympic Games on a black and white television. He started running in primary school and took part in school races from the age of 12. I was training every day, even at that age. I didn’t feel right if I didn’t run.”

The fastest marathoner of all time will be making his debut in a road race in the Czech Republic. Mutai’s best time for 10 km is 27:19, a world class performance but the race in Prague in September  will not be a stroll in the park for him, far from it.

Geoffrey Ronoh began the Olomouc Half Marathon in June as a pacemaker for his friend and training partner Wilson Kipsang. But the newcomer sprang a surprise, beating the marathon world record holder in a speedy 60:17.

Jana Moberly, the RunCzech elite race coordinator, said before the half marathon that she told Ronoh to follow his friend Kipsang’s example. “I said to him, if you run as well as him, we’ll have you in our next race not as a pacemaker but as an elite runner.”

With only one international race on his resume prior to Olomouc, a 2:15:51 marathon in Ahmedabad, India in 2013 it’s going to be fascinating to see what Geoffrey Ronoh can run for 10 km when he is back in Prague. His personal best is a less than stunning 28:16, although that was set en route to his half marathon win in Olomouc! 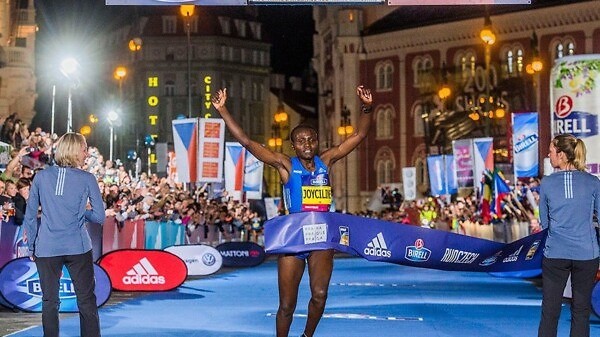 Kenya's Joyciline Jepkosgei becomes the first woman to smash through the 30-minute barrier to break the world 10km record in 29:43 at the 2017...