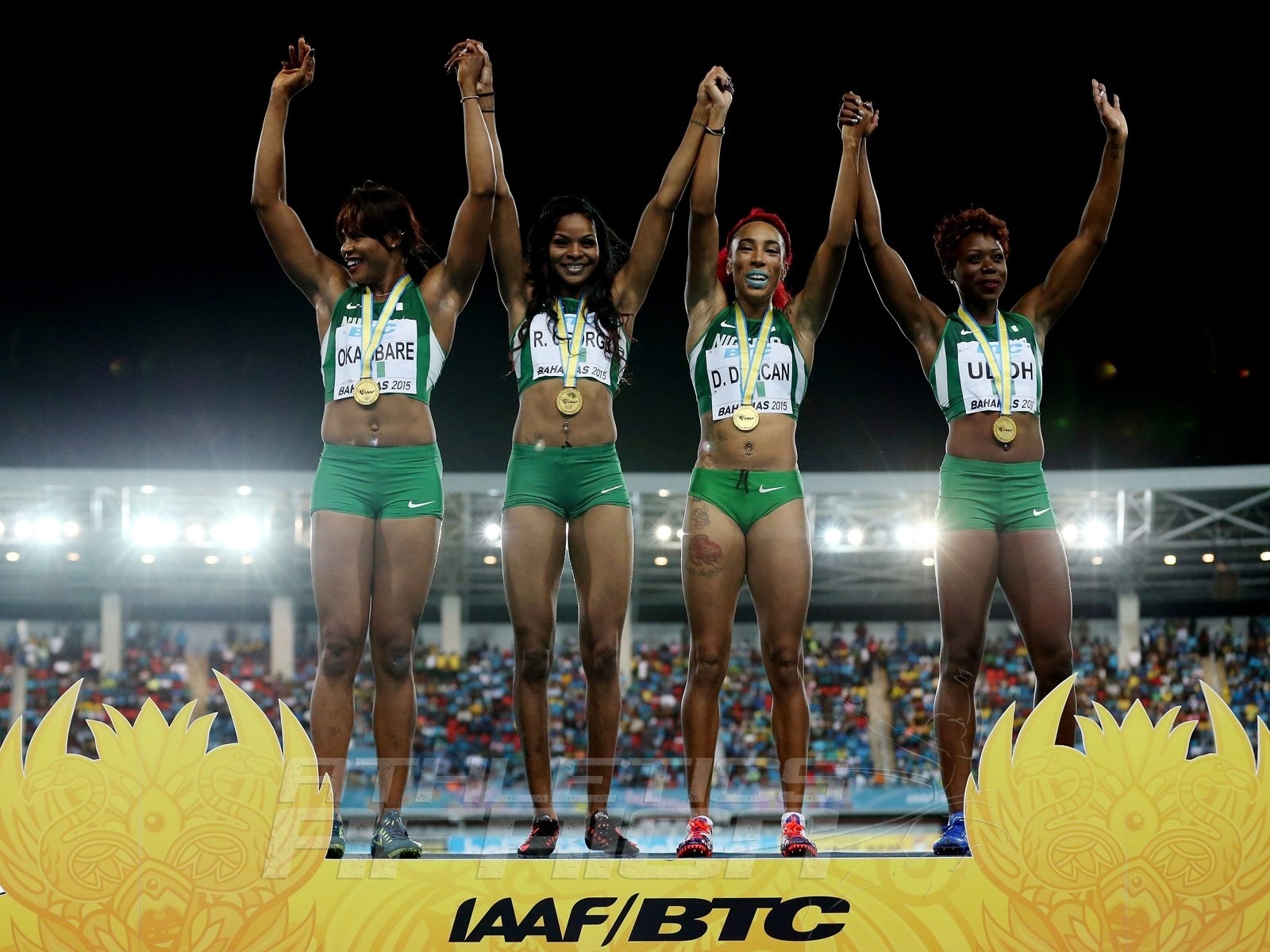 Team Nigeria won the women’s 4x200m gold in dramatic fashion while Kenya settled for silver in the women’s distance medley on the first day of the IAAF/BTC World Relays, Bahamas 2015.

Pre-race favourites USA looked to be on course to successfully defend their title from 2014 with Shalonda Solomon, Kimberlyn Duncan and Jeneba Tarmoh edging the Americans to a comfortable lead up to the last leg.

But a mix-up in the final changeover between Tarmoh and Olympic 200m champion Allyson Felix, meant that the Nigerians in second place were able to profit.

The Nigerian quartet of Blessing Okagbare, Regina George, Dominique Duncan and Christy Udoh shaved two seconds off their national/African record set earlier this year to take the gold medal in 1:30.52.

In second place, The Bahamas crossed the line in 1:30.66, but they were soon disqualified for completing their second changeover outside of the zone.

In third place, Poland set an European record of 10:45.32 to take the bronze medal.

Kenyan men also finished second in the men’s 4 x 800m relay Final, but lost the silver medal due to a disqualification for a rule violation during the change over.