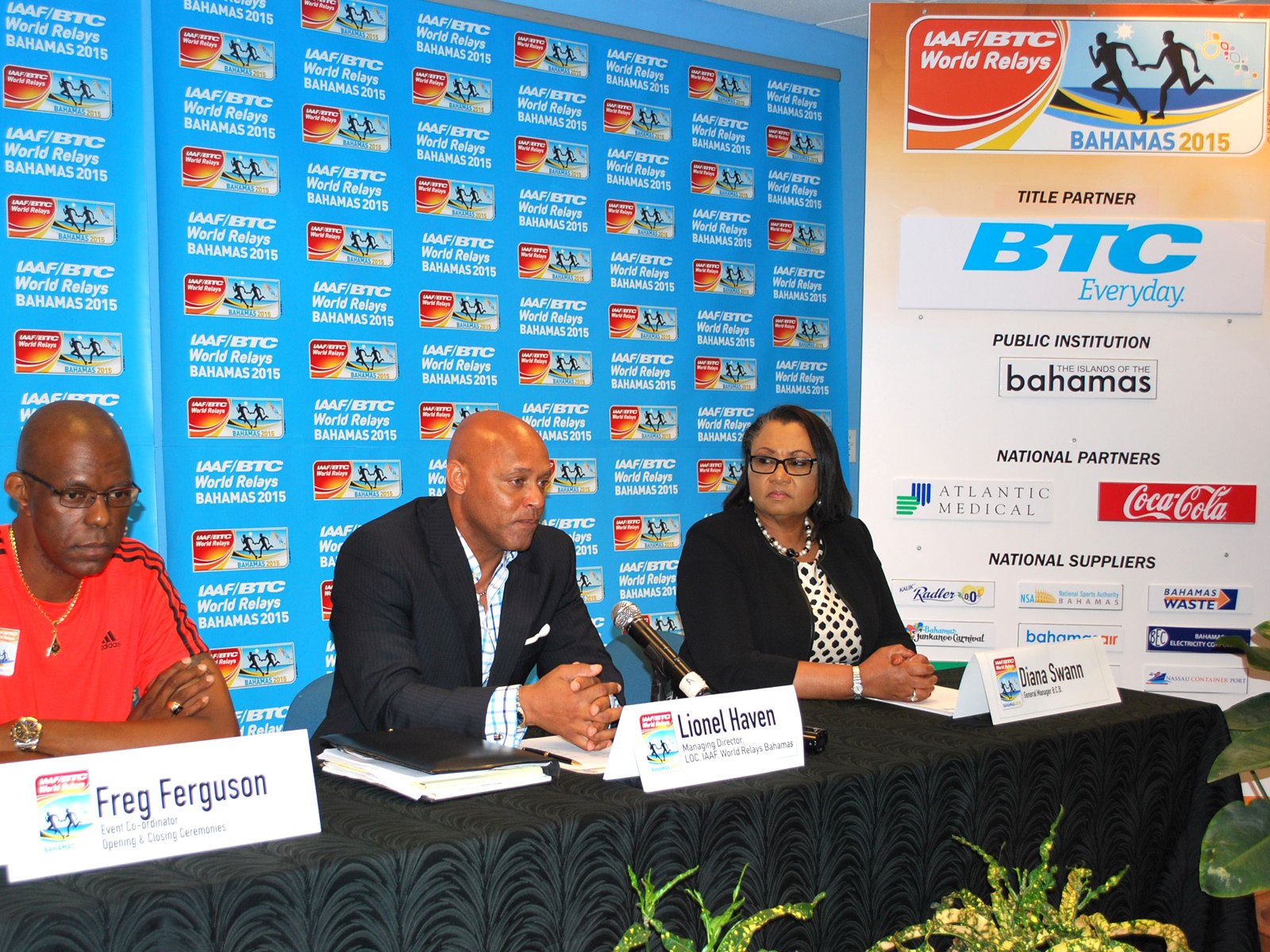 Japan will now host two of the biggest events on the athletics calendar in successive years after the IAAF Council voted this week to award the 2019 IAAF World Relays to Yokohama.

Already preparing to host the 2020 Olympic Games in Tokyo, Japan will now welcome the athletics world a year earlier, when it holds the IAAF World Relays in Yokohama International Stadium on 11-12 May next year.

After The Bahamas Government confirmed that it would no longer be able to offer the financial guarantee that underpinned the event in Nassau, several member federations contacted the IAAF directly to express their interest in hosting the 2019 World Relays.

Following very careful consideration, Japan was considered to be the preferred location.
The first three editions of the IAAF World Relays, in 2014, 2015 and 2017, were held in the Bahamian capital, which proved to be an exceptional host of the new event.

IAAF President Sebastian Coe thanked The Bahamas for its key role in establishing the World Relays as a successful competition and welcomed Yokohama as only the second city to host the event.

“I am delighted that Yokohama has stepped in to host our youngest World Athletics Series event and I am confident that they will do an outstanding job despite the short preparation period,” Coe said.

“Several of our Member Federations expressed interest in hosting the popular IAAF World Relays next year and I thank them for their efforts, which confirm the appeal of what is a very entertaining team-based competition with a unique spirit.

“Japanese crowds are renowned for their enthusiastic support and I am sure they will give our athletes a tremendous reception next year.

“This will also be a great opportunity for our athletes to experience the culture and conditions of the host nation little more than a year before the Tokyo 2020 Olympic Games.

“Yokohama has long been regarded as the gateway to Japan, as the first port opened to foreign trade in 1859, and now it will once again welcome the world.”

The President of the Japan Association of Athletics Federations, Hiroshi Yokokawa, said he was excited to invite the athletes of the world to compete in Yokohama.

“The Bahamas have left important footprints on the history of athletics by organising the IAAF World Relays for the past three editions, and it is an honour and privilege for Japan to receive the baton from them,” Yokokawa said.

“The hosting of the World Relays will provide us a platform and opportunity to build up towards the Tokyo 2020 Olympic Games. The advancement of athletics in Japan is closely integrated with our relay culture, and there is strong interest and excitement to welcome the top runners from around the world.

“With seven months to go, we promise to showcase the best competition and to mark a new page in the history of the World Relays.”

The Mayor of Yokohama, Fumiko Hayashi, said his city was ready to welcome athletics fans and he was confident that the citizens of his city would embrace such a vibrant event.

“It is a great honour for Yokohama to be the first city in Japan to host the IAAF World Relays,” he said.

As host city, we will be working together with our citizens to stoke up excitement for the event and provide the best possible environment for top athletes.

“I hope many of you come and enjoy the fastest racing in the world as it unfolds in Yokohama.”