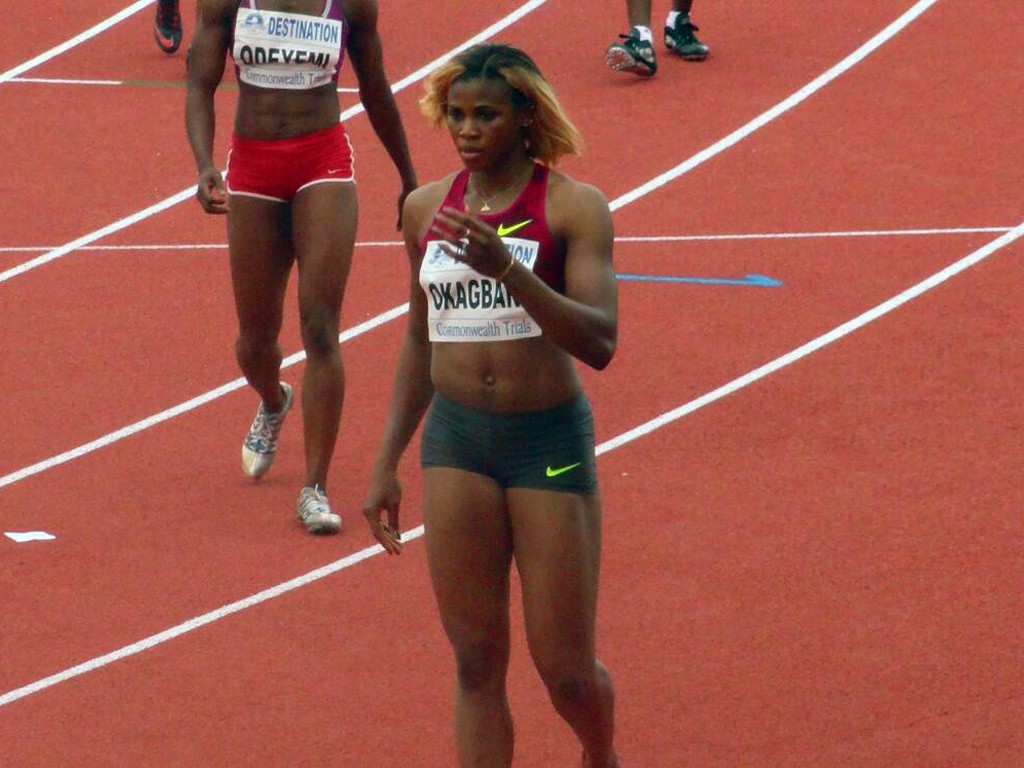 Blessing Okagbare at the 2014 All Nigeria Athletics Championships in Calabar

The Athletics Federation of Nigeria (AFN) has today released a list of 37 athletes that will represent Nigeria at the XX Commonwealth Games to be held in Glasgow, Scotland from July 23 to August 3, 2014.

Top on the list is Africa’s fastest woman Blessing Okagbare, who will be competing in the women’s 100m, 200m and 4x100m relays in both Glasgow and in Marrakech. The under-listed athletes were selected at the completion of the 2014 Cross-River State/All-Nigeria Athletics Championships held in Calabar from June 19-21, 2014.

According to Navy Commodore Omatseye Nesiama, those placed on probation have been advised on a time frame of a maximum of 2 weeks to hit the set standards or get dropped from the team.

“Please note that we have deliberately included the names of the qualified juniors in the team for moral boosting purposes. They would be mostly engaged in the World Junior Championships and the African Athletics Championships.

“Their participation in the CWG is subject to other considerations such as convenience of schedule, available depth of the CWG [Glasgow 2014] team etc,” said Navy Commodore Nesiama.

Navy Commodore Nesiama also noted that the AFN would still add more athletes to the list for the African Athletics Championships in Marrakech, Morocco that will be taking place immediately after the Commonwealth Games.

“All athletes are expected to continue training and preparation accordingly. Names of coaches and officials would be communicated in due course,” Nesiama added.