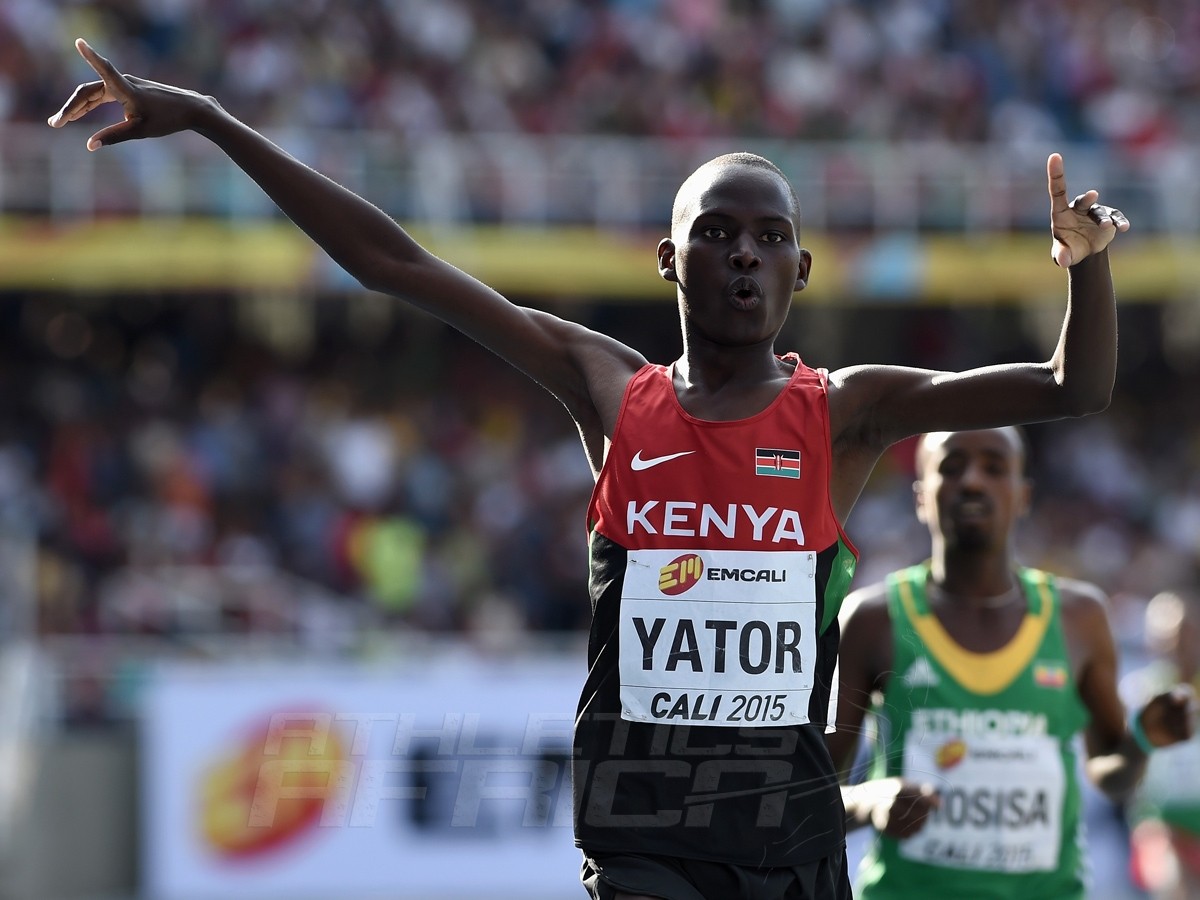 Richard Yator Kimunyan of Kenya in action during the mens 3000m Final on day five of the IAAF World Youth Championships, Cali 2015 on July 19, 2015 in Cali, Colombia. (Photo by Buda Mendes/Getty Images for IAAF)

Richard Yator Kimunyan edged a frantic three-way dash to the line to secure another gold medal for Kenya in the boys’ 3000m, in 7:54.45, at the IAAF World Youth Championships, Cali 2015 on Sunday.

Kimunyan led home a 1-2 for the distance-running superpower, and it was the sixth time in nine editions of the IAAF World Youth Championships that the title has been won by [link id=”81″ tax=”category” text=”Kenya”].

His compatriot [link id=”800″ tax=”post_tag” text=”Davis Kiplangat”] – who had edged him in close finishes twice already this season – had to settle for silver in 7:54.52.

The only athlete who made a genuine bid to break their stranglehold was Japan’s Hugo Endo, who ran with the leading quartet of Kenyans and Ethiopians through 2000m, which was reached in a swift 5:23.89.

In the end, though, Endo became a victim of his own ambition and slowed badly over the last two laps, ultimately finishing a distant fifth in 8:26.96.

At the front, the race was being controlled by the Kenyan duo, with Ethiopia’s Mosisa and Abayneh Degu nestling in their slipstream. 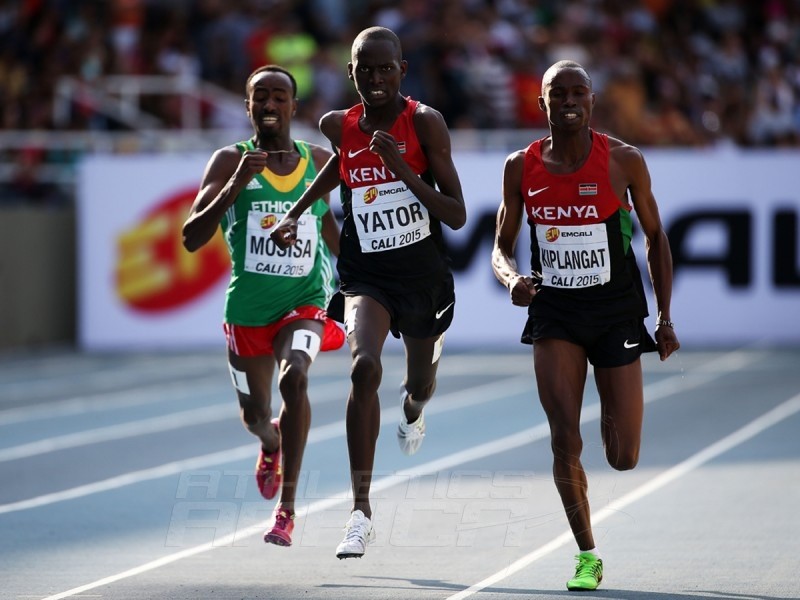 Richard Yator Kimunyan of Kenya, Davis Kiplangat of Kenya and Tefera Mosisa of Ethiopia in action during the men’s 3000m Final on day five of the IAAF World Youth Championships, Cali 2015 on July 19, 2015 in Cali, Colombia. (Photo by Patrick Smith/Getty Images for IAAF)

Kimunyan led into the final lap, with Kiplangat running on his shoulder, the pace gradually ratcheting up through each 100-metre segment.

With 200 metres to go, all four athletes were going at full speed. Something had to give, and the first to crack was Degu.

Once the three who remained entered the home straight, Mosisa moved out into lane two and powered up on the outside of the Kenyan pair but try as he might, he just couldn’t get past.

Kimunyan pumped his arms frantically and found an extra gear over the final 50 metres and he finished just inches in front of Kiplangat, with Mosisa a close third.

“The race was not too hard for me,” said Kimunyan. “The finish was very fast and I was strong.  It’s great for Kenya, because my colleagues are used to winning.”

Kiplangat was also pleased with his silver medal. “I am very happy; it was a battle and there were a couple of other good fighters in there, so this is a good result.”

It was the fourth time in the last five editions of these championships that the Kenyans went 1-2 in the boys’ 3000m, a run of dominance that shows little sign of abating any time soon. 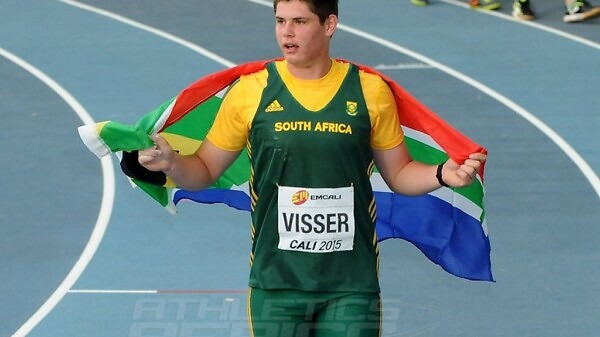 The South African Sports Confederation and Olympic Committee (SASCOC) to take medallists at the just concluded IAAF World Youth Championships in Cali to the... 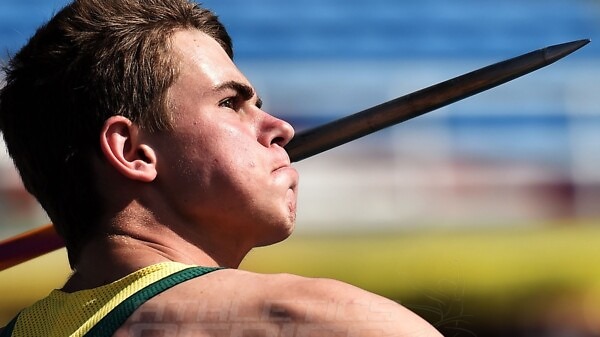 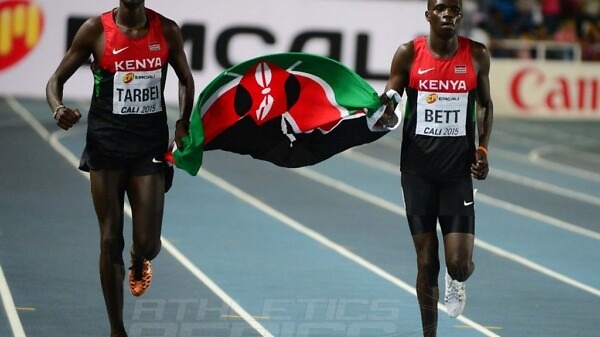 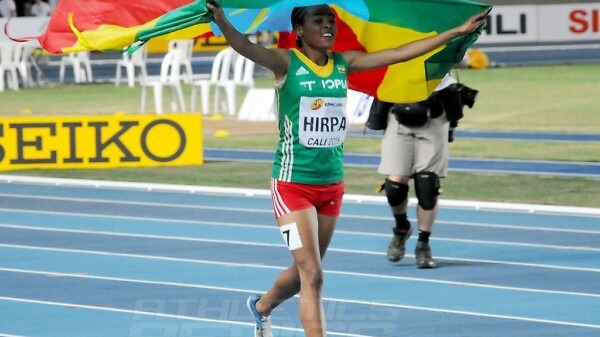