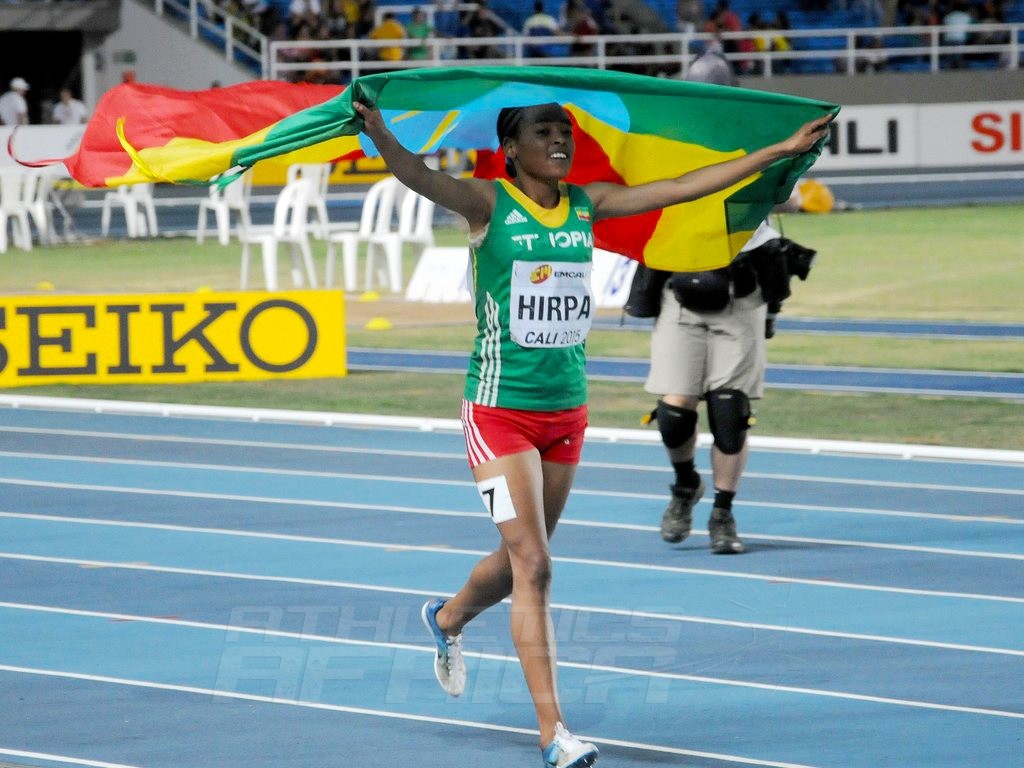 On what was a warm night in the Pascual Guerrero Stadium, the pace was hot from the gun, with Kenya’s [link id=”795″ tax=”post_tag” text=”Joyline Cherotich”] quickly getting to the front and taking the field through 400m in 62.92.

At that point, Janeth Chepngetich ran alongside her team-mate, with the Kenyan duo looking to control the race and regain the title for their country after winning on four consecutive occasions between 2005 and 2011.

The pace slowed considerably on the second lap (70.18), and Chepngetich soon moved to take her turn at the front.

However she was quickly overtaken by Gosa, who briefly appeared to have made a winning move for home on the final lap. 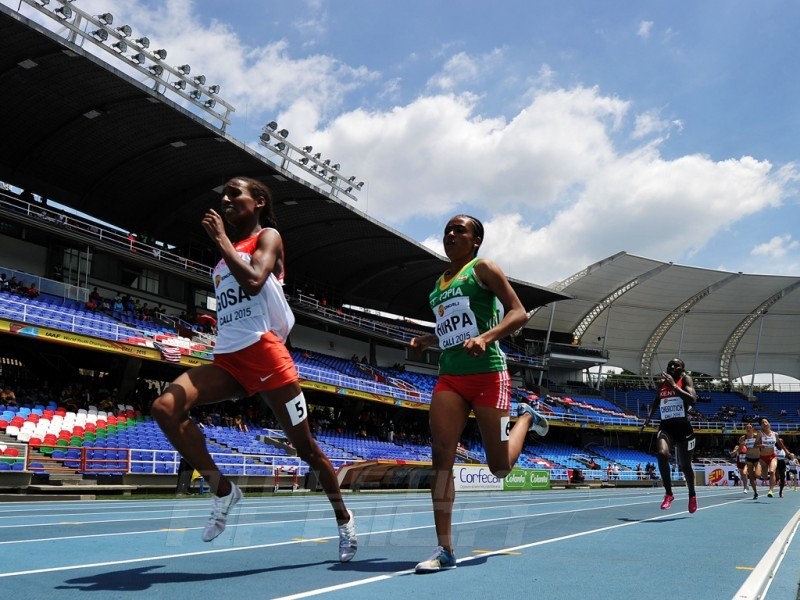 Dalila Abdulkadir Gosa of Bahrain and Bedatu Hirpa of Ethiopia in action during round one of the Girls 1500 Meters on day two of the IAAF World Youth Championships, Cali 2015 on July 16, 2015 at the Pascual Guerrero Olympic Stadium in Cali, Colombia. (Photo by Buda Mendes/Getty Images for IAAF)

[link id=”794″ tax=”post_tag” text=”Bedatu Hirpa”], though, had other ideas, and the Ethiopian 16-year-old clung to Gosa’s shoulder as they rounded the final turn, before gradually edging her way into the lead halfway down the home straight.

In the end, she simply had too much for the valiant Gosa in the final dash to the line and Hirpa came home in 4:12.92 to retain the title for Ethiopia, with Tigist Gashaw having won in Donetsk in 2013.

“I ran beyond my expectations,” said Hirpa. “It feels great to have won this gold medal for my country.”

Despite losing out on the final run to the line, Gosa was pleased with her silver medal, which added to the gold won by Bahrain’s Salwa Eid Naser in the 400m on Friday.

Alhough she was comprehensively outrun over the final 200 metres, Joyline Cherotich hung on for the bronze and was still pleased with her run.

“I am very comfortable with my bronze medal,” she said, “but next time I want to win gold.”