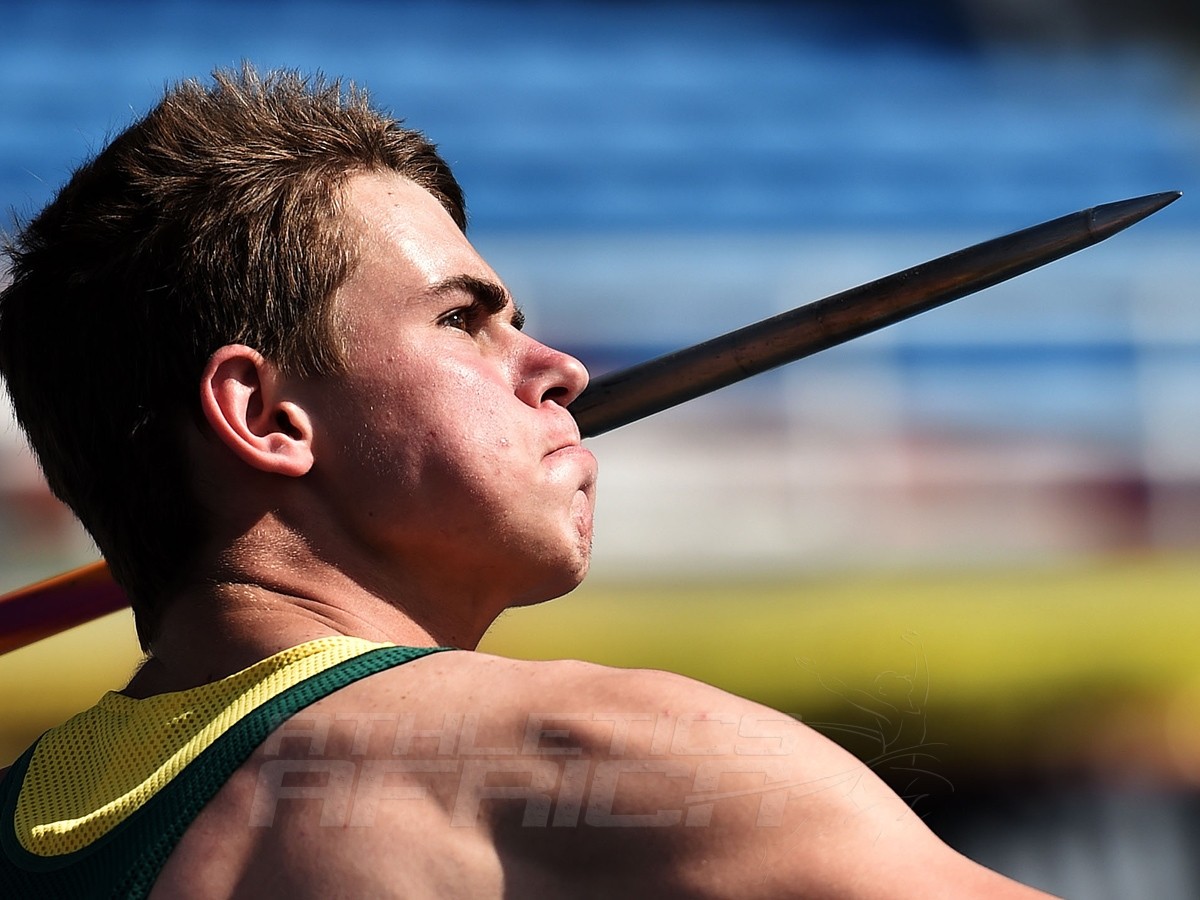 Paul Jacobus Botha of South Africa in action during the Boys Javelin Throw Final on day five of the IAAF World Youth Championships, Cali 2015 on July 19, 2015 in Cali, Colombia. (Photo by Buda Mendes/Getty Images for IAAF)

South African Paul Jacobus Botha made a near four-metre improvement on his lifetime best to clinch a shock gold medal in boys’ Javelin at the IAAF World Youth Championships, Cali 2015 on Sunday.

Germany’s Niklas Kaul, who had floored his rivals with a massive throw to collect decathlon gold earlier in the week, was favourite to land his second gold of the championships. However, the German had to settle for silver on this occasion, as he could not better his first-round effort of 78.06m.

The podium was rounded out by Vladislav Palyunin of Uzbekistan, whose 76.77m effort grabbed bronze by 29 centimetres from Spain’s Manu Quijera.

Leading the qualifiers in this afternoon’s final had been the other South African, Hercules van Vuuren, while Botha had flown under the radar to advance with the eighth best throw – albeit with a personal best of 74.60m.

Quijera was the first to strike in round one with a 76.48m throw, his best of the competition, only for Kaul to respond with a majestic 78.06m effort.

Yet the decisive moment of the competition came in round two.

After opening with a modest 68.50m, Botha caught one beautifully, unleashing his mighty winning throw. Game over, as it proved.

To be honest, the rest of the competition proved a bit of an anti-climax.

Kaul, the world youth leader with a best of 83.94m, threw beyond 76 metres twice but looked unlikely to challenge Botha.

The only other significant moment of the competition saw Palyunin move into the bronze medal position in round four with 76.77m.

It was Uzbekistan’s second javelin medal at these championships following Anastasiya Svechnikova’s win in the girls’ event six years ago.

An elated Botha said: “I knew what I came here for and it is amazing to win the gold medal. The crowd was incredible and I want to thank everyone.”

Kaul was philosophical in defeat. “I felt good in my first attempt, but then I felt the exhaustion from my decathlon effort. I am happy with gold and silver here in Cali. It is more than I expected.”