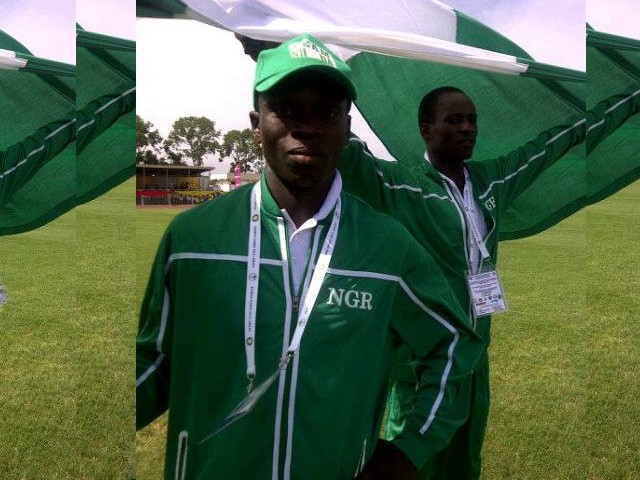 Nigerian youth coach Rauf Abass has commenced plans to contest his life ban by the Athletics Federation of Nigeria (AFN), Athletics-Africa.com has learnt.

Abbas, who was recently banned by the Nigerian Athletics governing body, confirmed to Athletics-Africa.com that he will be launching an appeal against the decision and will also take ‘other steps’ best known to him to clear his name.

The Nigerian coach, who also runs the Greater Tomorrow Athletics Club, was accused of taking an athlete, a minor (name withheld) to a medical doctor who injected her with an unknown substance despite the fact that she was not sick.

However, the coach vehemently denied the claim as he pointed out that the said athlete has since left his custody long before she was caught of doping at the 2013 Africa Youth Games (AYG) in Warri.

“I really don’t want to talk about this issue but one thing I know is that I am innocent and I will appeal the ruling,” said Abass.

“For me, the panel did not do their investigation very well; the athlete in question has left me since 2011 before she was caught for doping in 2013 in Warri so how would I know how she got whatever she had in her system.”

However, according to the official statement from the AFN, Coach Abbas was said to have admitted that he took the athlete in question to their family doctor for treatment for malaria when she complained of feeling feverish but she was never injected by the doctor, rather she was given tablets.

The statement added that on cross examination, Abbas contradicted himself by saying that injection was given in the doctor’s apartment and not in the hospital.

Coach Evans is also said to be angry with the AFN ban and might be heading to court of arbitration for sports to also clear his hard earned reputation in athletics.

Meanwhile in his final submission, Coach Abbas claimed that young brains like him striving to unearth world beaters for [link id=”5″ tax=”category” text=”Nigeria” target=”_blank”] instead of being encouraged are increasingly being frustrated out of the system.