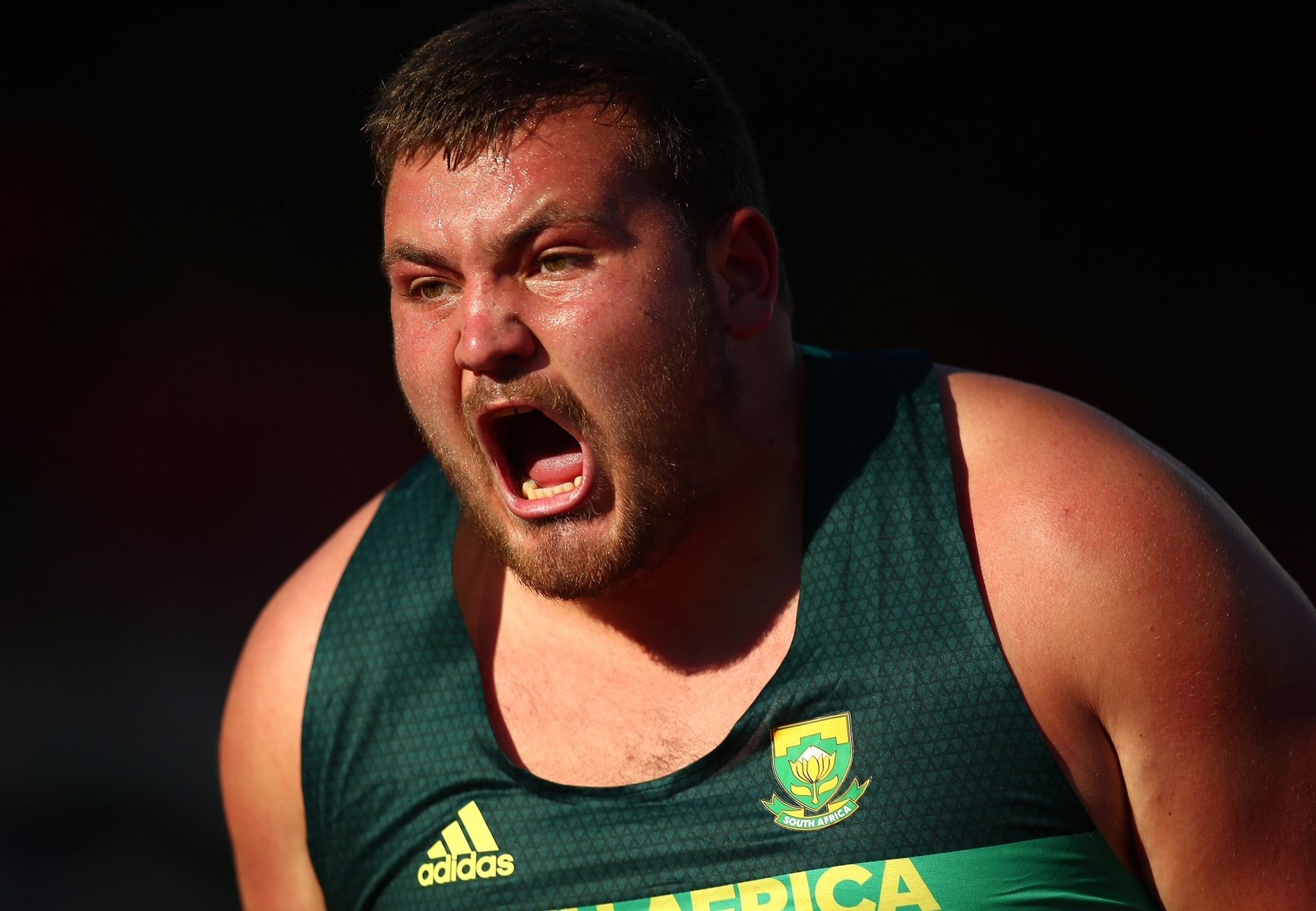 Blignaut took the early lead in the final with a 20.89m effort in the first round and extended his advantage with a 21.12m heave from his next attempt.

When American athlete Adrian Piperi landed the shot at 22.06m with his fifth throw, Kayle Blignaut went one centimetre further in the penultimate round to clinch the title.

His 22.07m effort bettered his own national Junior record of 21.65m which he had set at the CAA Southern Region U20 Championships in Boksburg, Johannesburg in April.

Earlier, in the morning session, Blignaut had produced a 19.60m effort with his first attempt in the qualifying round, progressing automatically to the final.

In other disciplines on the first day of competition at the global age group showpiece, Thembo Monareng clocked 10.52 seconds to take third place in his 100m Heat, booking his place in Wednesday’s semi-finals.

Compatriot Thando Dlodlo, the SA Junior record holder, was sixth in his race in 10.70 and he missed out on a spot in the next round, while Liza Kellerman was sixth in her 800m Heat in 2:10.05, and she was unable to progress to the semi-finals.

In the 400m Women Heats, Nicola Gibbon (57.90) and Marlie Viljoen (59.01) both finished seventh in their races and they too, were eliminated.

“It is a wonderfull start to the Championships which we trust will inspire the rest of the team.”