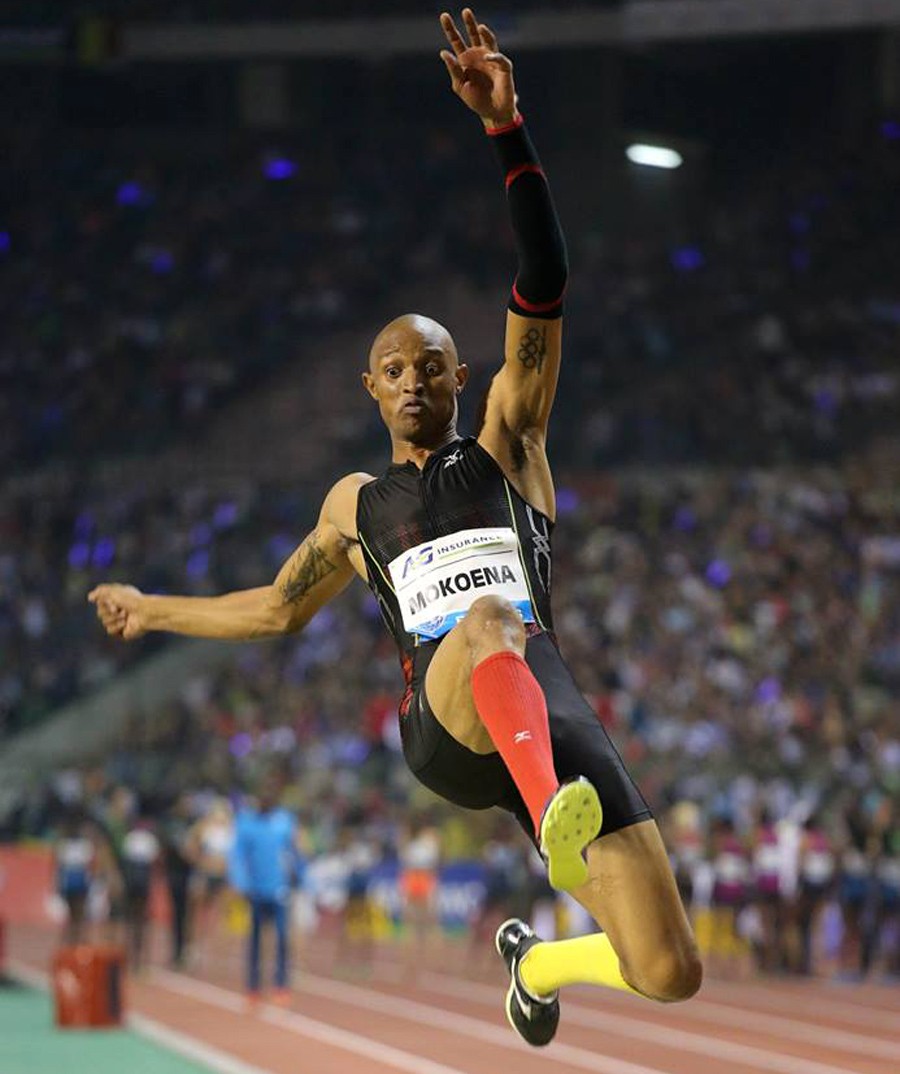 South African Godfrey Khotso Mokoena won the men’s long jump in a season’s best of 8.19m to crown a spectacular season with the diamond trophy at the [link id=”450″ tax=”post_tag” text=”IAAF Diamond League”] meeting in Brussels on Friday.

[link id=”230″ tax=”post_tag” text=”Khotso Mokoena”], who this year has won the Commonwealth Games and African titles in triple jump, again highlighted his versatility, securing the third Diamond League victory of his career and his second win of the season at the final leg of the top-flight track and field series in the Belgian capital.

Elsewhere on the  field, another South African [link id=”232″ tax=”post_tag” text=”Sunette Viljoen”] came second in the women’s javelin throw with a best heave of 64.30m. World record holder Barbora Spotakova of the Czech Republic was well clear, winning with a 67.99m effort.