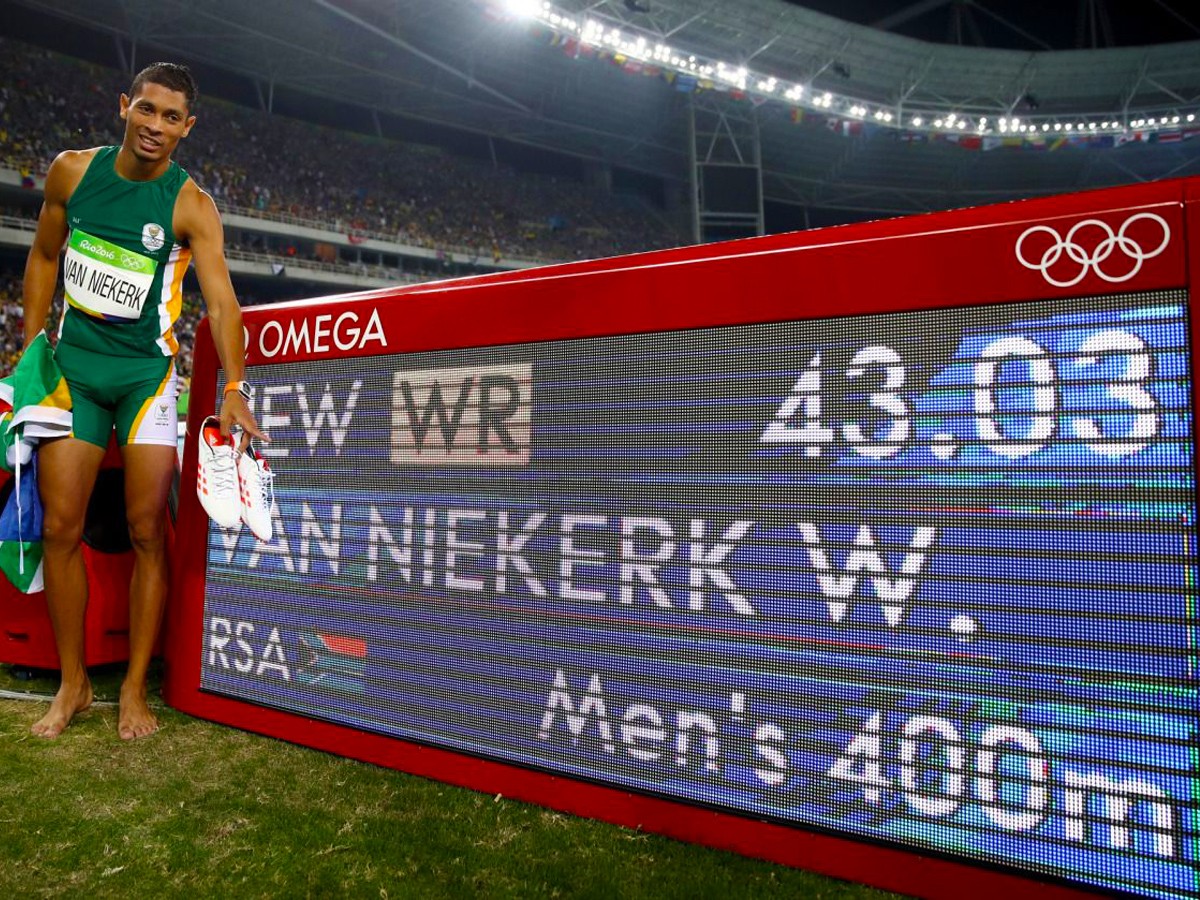 The world champion went out hard and tore clear down the home straight to secure the gold medal in 43.03 seconds, taking 0.15 off the world record set by American Michael Johnson in 1999.

He held off Olympic Games defending champion Kirani James of Grenada, who took second place, by 0.73 for a comfortable victory.

“At this moment I’m just grateful for everything that has happened today,” Van Niekerk said. “I just went out there to do my best tonight.”

“I’d love to tell you guys more but I honestly can’t remember the race, I’ll have to go back and watch it on television,” he smiled bemusedly. “All I know is that I left it all out there tonight. I left it in God’s hands here at a challenging Olympics.

“I ran blind the whole race, I still don’t know what happened out there but it was just so awesome to be here and inspired by guys like Usain Bolt, Michael Johnson, and tonight guys who I ran against like Kirani James and LaShawn Merritt.

“What I can remember is that I thought someone would catch me, it was quite lonely out there and thought “what’s going on?” but I kept on pushing and even dived a bit for the finish line.

“When I saw the time I was really amazed. I went out there for any medal tonight.. just wanted top three, I got that, a world record, lifetime best.. wow.

‘It was just so great to have my family here and to witness it. ‘It’s just so unreal, don’t even think I was in that race tonight… I even had the chance to do a victory lap!” said a thrilled Van Niekerk. 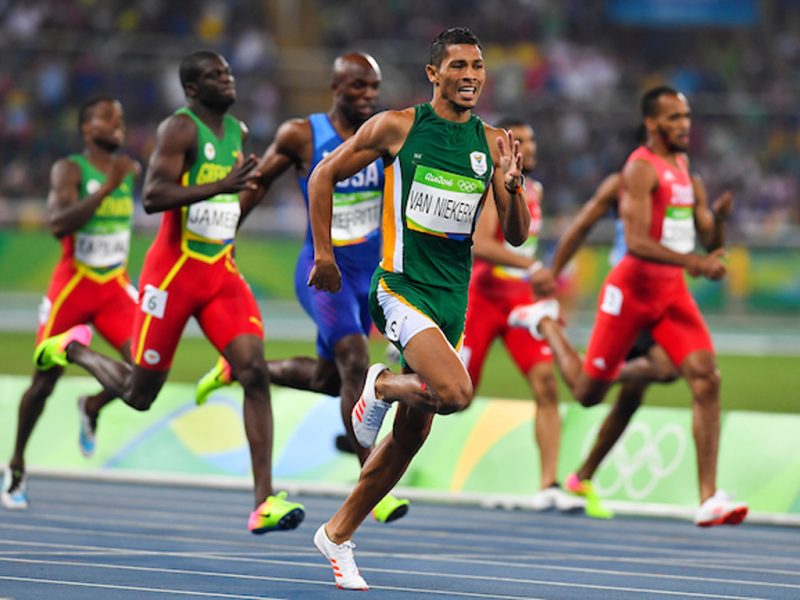 Later, SA 100m record holder Akani Simbine did well to take fifth place in the men’s 100m final of the short dash in 9.94, after clocking 9.98 to progress beyond the semifinals.

Jamaican star Usain Bolt won the 100m gold medal for the third straight edition of the Games, charging across the line in 9.81