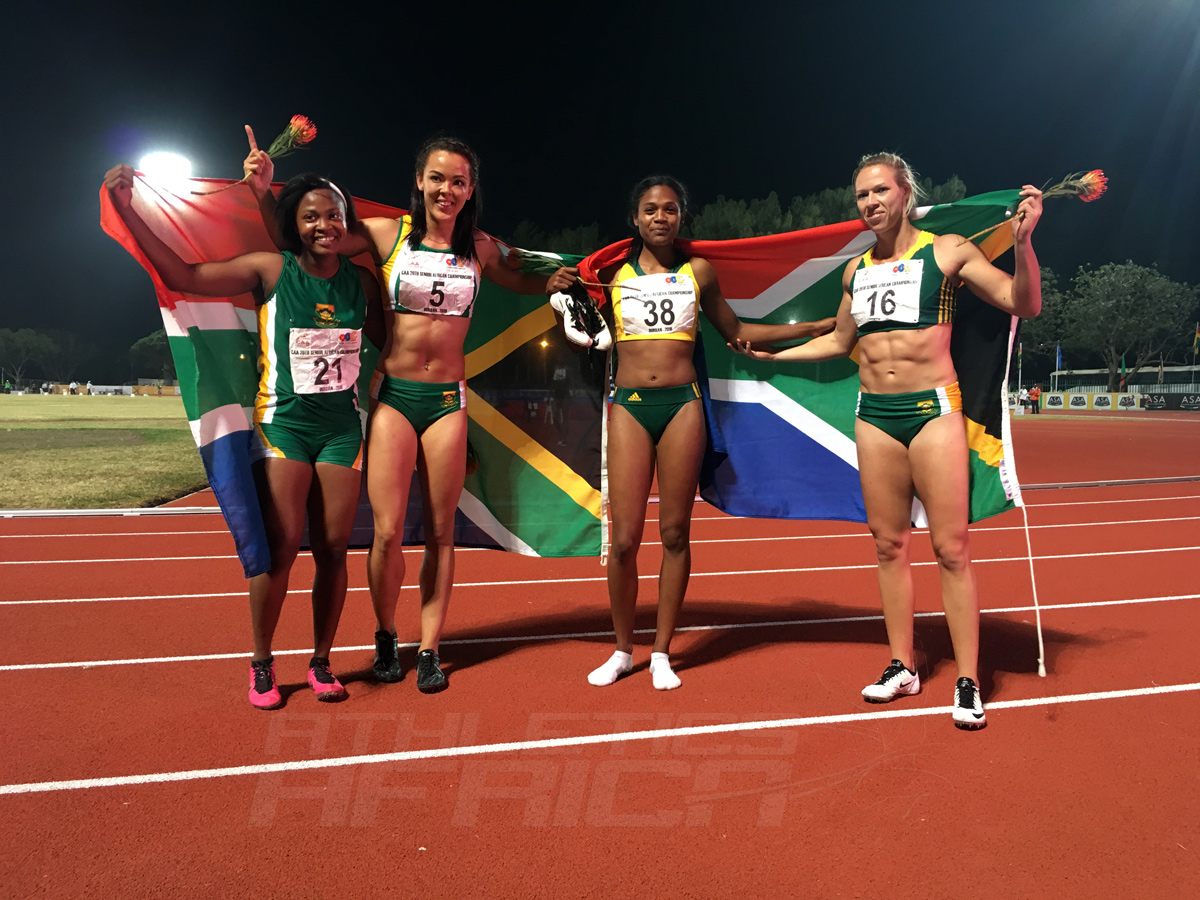 Athletics South Africa has announced a 79-member final Athletics team for the 2018 CAA African Senior Championships to be held in Asaba, Nigeria between 1-5 August 2018.

The team, consisting of 47 men and 32 women, includes an additional 15 athletes to the 65-member Provisional Team announced two weeks ago.

Sprinter Clarence Munyai, is the only athlete to have withdrawn from the team, with the national 200m record holder opting to focus on recovery and rehabilitation after battling with a hamstring injury.

Munyai has been replaced in the 200m event by junior sensation Thando Dlodlo, who has also been added to the 4x100m Relay Men, along with in-form speedstar, Emile Erasmus.

Other athletes who have been added to the final team, with ASA attempting to create more opportunities by opening the door in a number of disciplines, include: distance runners Jerry Motsau, Siboniso Soldaka, Glenrose Xaba and Cherise Sims, and triple jumper Menzi Mthembu.

It is in particular important for the ASA relay teams to run times that will position them in the top 16 in the world as only the top 16 teams are invited to the Doha 2019 IAAF World Championships.

The SA team will aim to retain the continental crown for the third straight edition of the CAA African Championships after finishing at the top of the medals table in Marrakech in 2014 and in Durban, South Africa two years ago.

“To be a winning nation, a combination of young and seasoned athletes must ensure that there is never a vacuum in a team. The athletes that have been selected, therefore, are such a combination who have been tasked with defending the flag of SA in Nigeria.

“Their clear and collective mandate is to collect as many medals as possible at the CAA Championships. We are also using the Championship as an opportunity to expose our athletes to elite competition.

“We thank the coaches and each of the people working behind the scenes to make South African Athletics a powerhouse in the continent and the world.”