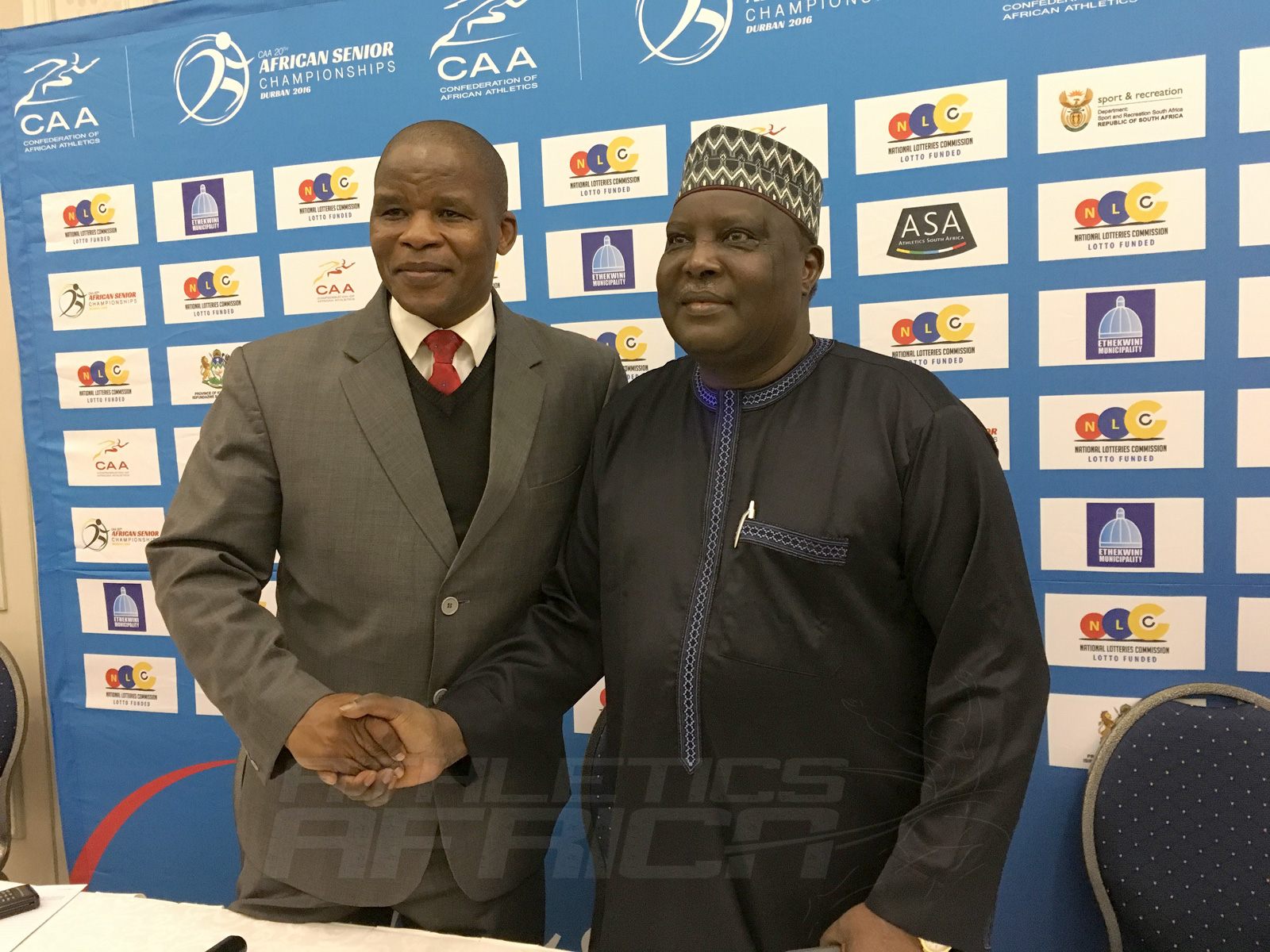 The President of the Confederation of African Athletics Hamad Kalkaba Malboum, who is also the Vice President of IAAF, has praised Athletics South Africa for successfully hosting the 20th African Senior Championships in Durban.

President Hamad Kalkaba, who also co-hosted President of the IAAF, Lord Sebastian Coe at Kings Park Athletics Stadium, said he is particularly impressed that the execution of the competition was to the level and caliber of the Championships.

“I want to first thank South Africa for organising a beautiful competition in such a short space of time,” said President Kalkaba.

“We understand that the federation could only do things to a certain point and the rest depended on the response of the local government authorities who were partners.

“It is not easy to organise an event of this magnitude in the short time that ASA President Aleck Skhosana and the Local Organising Committee had.

“When organising at this level there will always be challenges that may not be overcome. We are aware of the many challenges they faced and we appreciate that they did everything to put the CAA event at a good level.

“Also, on behalf of the Confederation, I congratulate South Africa for your achievement as a country in defending the Championship which you won in Morocco,” said Kalkaba.

Skhosana, was also quick to recognise the firsts that this Championship has produced, praising his LOC for rising to the occasion each time it was pushed to do better.

“I must also express my joy and pride to all Team South Africa athletes for flying the national flag high and for each of their efforts that took our performance further,” said Skhosana.

“In Morocco we tallied at 12 gold medals. Here at home our 96-member squad has now raised this to a whopping 16 golds accompanied by nine silvers and eight bronze.”

“This is a much needed confidence-boosting statement as we now work towards the Olympic Games in Rio de Jainero in August,” he added.