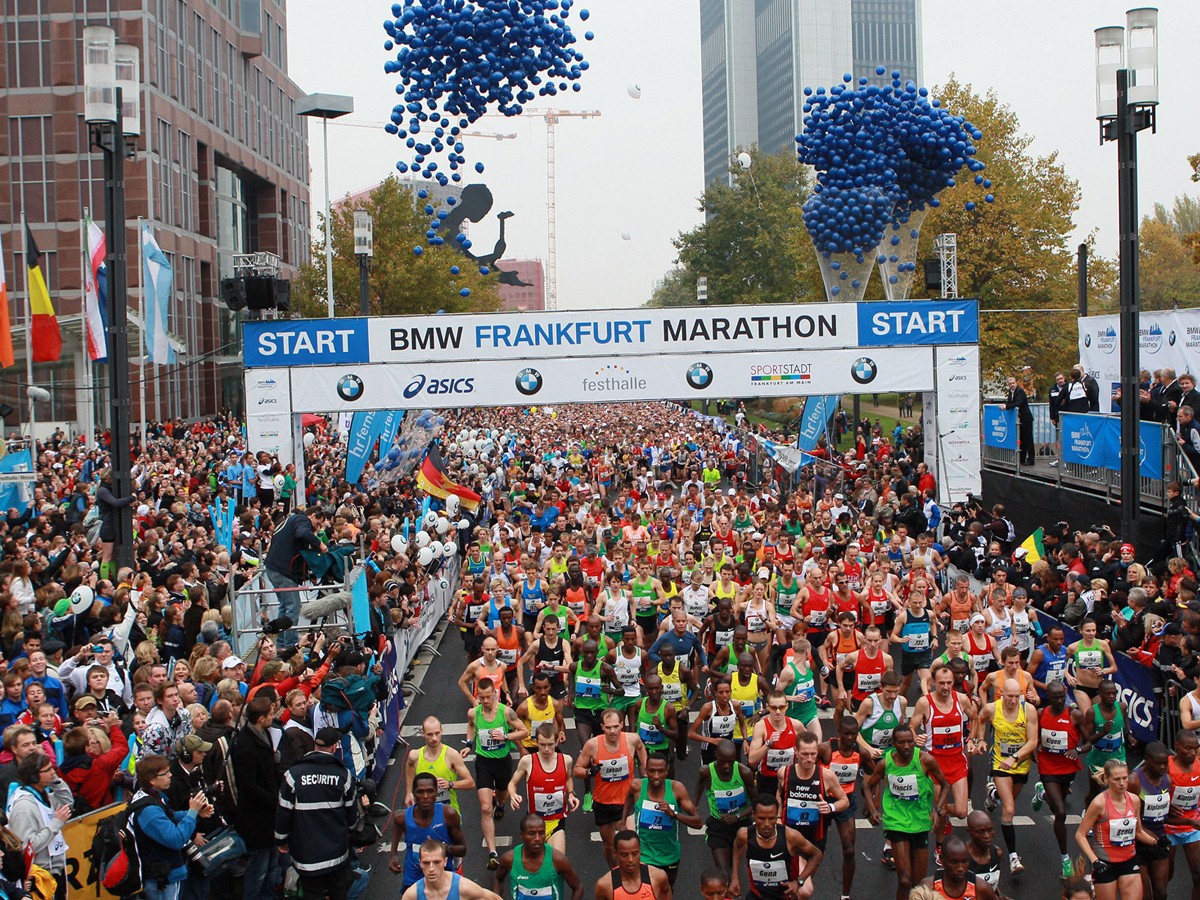 A showdown between Sharon Cherop and Aberu Kebede in the women’s race is likely to be one of the highlights of the [link id=”302″ tax=”post_tag” text=”BMW Frankfurt Marathon”] which celebrates its 33rd edition on October 26.

The 30 year-old Cherop from Kenya is a new addition to the women’s elite field which is led by Ethiopia’s Kebede. This latest talented arrival will ensure a quartet of women on the start list who have run between 2:20 and 2:23.

In contrast to many other major marathons online entry for the Frankfurt Marathon is still possible. More than 15,000 runners are expected to take part in Germany’s oldest marathon which is an IAAF Gold Label road race.

[link id=”559″ tax=”post_tag” text=”Aberu Kebede”], the fastest woman on Frankfurt’s start list with a PB of 2:20:30, showed fine form last Sunday when she won the Philadelphia Half Marathon in 68:40. The winner of two Boston Marathon titles was an early confirmation for the latest edition of the marathon beside the river Main, but it looks as she will have her hands full coping with top-class rivals.

Cherop, who is married to 2:10 marathon runner Matthew Bowen, has proved she is a tough competitor time and again. Winning the Boston Marathon in 2012 has been her biggest success to-date and she also placed third in Boston in 2011 and 2013.

Cherop is the marathon bronze medal winner from the World Championships in Daegu, South Korea, in 2011. In an extraordinary strong women’s race in Boston she finished eighth this April with 2:23:00.

After a series of fine performances 2014 did not go according to plan for Flomena Chepchirchir. The Kenyan will be eager to regain her best form in Frankfurt on 26th October after dropping out of the Boston Marathon in April and then finishing as far down as tenth in the Prague Marathon a few weeks later.

The 32 year-old Chepchirchir returns to familiar territory since it was in Frankfurt that she clocked her PB of 2:23:00 a year ago when she finishing second. In 2011 Chepchirchir ran her marathon debut in Frankfurt and also performed with distinction, finishing third in 2:24:21.

Prospects for a strong European performance are also high in Frankfurt as well: Russia’s Maria Konovalova is the fourth runner with a PB in the time range of up to 2:23. It was in Chicago 2013 at the age of 39 that she improved her personal record by slightly over a minute to 2:22:46.

Now 40, Konovalova could attack the World Masters record which was set by Germany’s Irina Mikitenko a year ago in Berlin of 2:24:54. In March this year Konovalova won the Nagoya Marathon in 2:23:43 – a similar performance in Frankfurt could turn her into a World Master Record holder.

The women’s elite field for the BMW Frankfurt Marathon:

Ethiopian Kenenisa Bekele wins a thrilling duel with Wilson Kipsang but misses the world record by just six seconds, with a time of 2:03:03,... 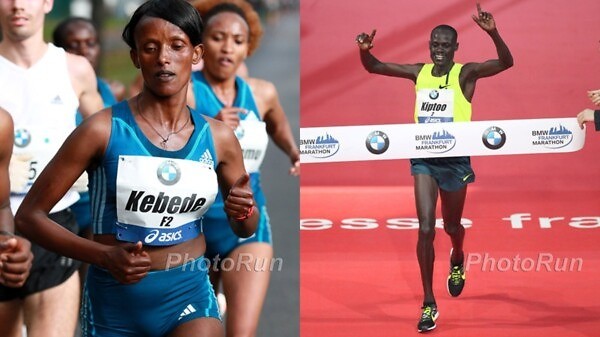 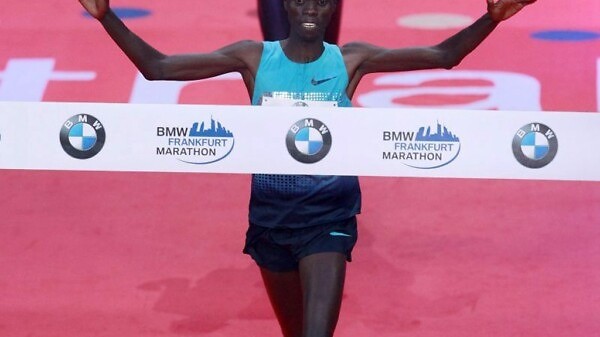