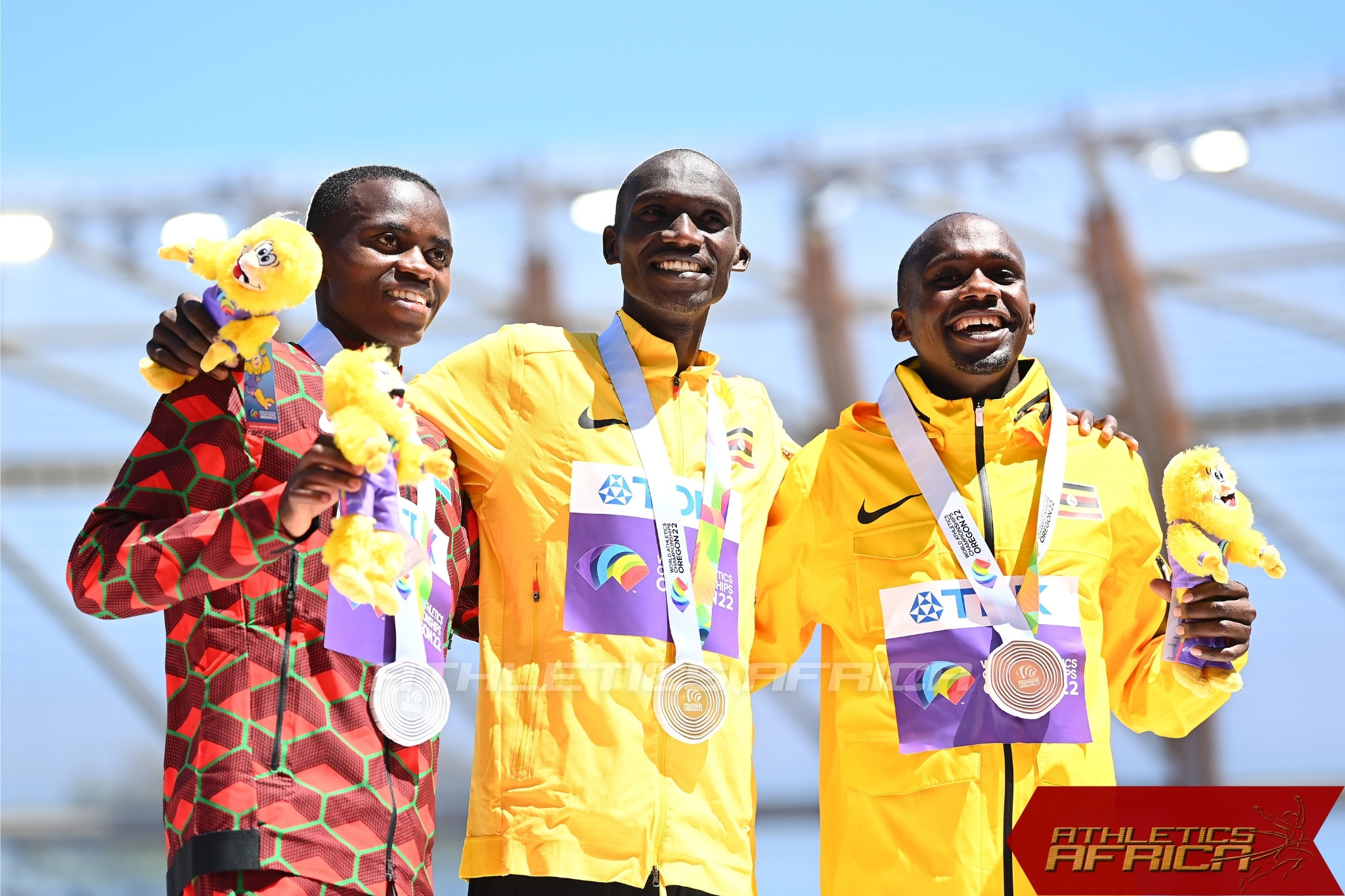 In the 2021 Tokyo Olympics, Uganda’s Joshua Cheptegei was within reach of a gold medal in the 10,000 metres but was outkicked by Ethiopia’s Selemon Barega in the bell lap.

After last year’s disappointment, Cheptegei changed his strategy. On Sunday at the World Athletics Championships Oregon22, he opted to take command in the front early on where he remained for the majority of the race.

On the last lap, Cheptegei cranked up the notch; he maintained a strong kick. Barega, who tailed Cheptegei for all of the race but remained competitive, ended up being the outkicked one this time.

Joshua Cheptegei crossed the finish line in 27 minutes, 27.43 seconds, turning his head toward the crowd and beaming while extending his arms to greet the roar from the crowd at Hayward Field.

“I prepared myself for something special,” Cheptegei said. “ I knew that if I get into the last fight, I can control it and I could speed it up. I was able to get stronger and keep it faster and faster.”

Behind him, Kenya’s Stanley Waithaka Mburu, who successfully recovered from a fall in the first lap, finished second in 27:27.90.

“The race was very challenging, “ Mburu said. “But I tried my best. I tried to position myself well in a very fast last lap.”

Following in third with a time of 27:27.97 was Uganda’s Jacob Kiplimo, who followed his bronze medal in Tokyo with a second one in a major race.

“It was a beautiful performance,” Kiplimo said. “The perfect performance, compared to half marathon and cross country, because this is the track.”

Barega finished fifth. He hopes he can achieve a better result in the 5,000 metres on Sunday. “If it is not me,” Barega said, “I believe that my teammates will show some good results.”

Cheptegei was grateful to display his dominance in Eugene, Oregon, the same place he started his international career in 2014 as the world junior champion.

Cheptegei said he did not aim to run fast because of the sun and heat, which differed from the cooler weather conditions the women experienced in the 10,000m on Saturday.

“I want to continue my dominancy in the long-distance running,” Cheptegei said. “ I hope I will manage it. This means a lot to me and I have to thank to all my teammates who helped me and my compatriots who were praying for me.”