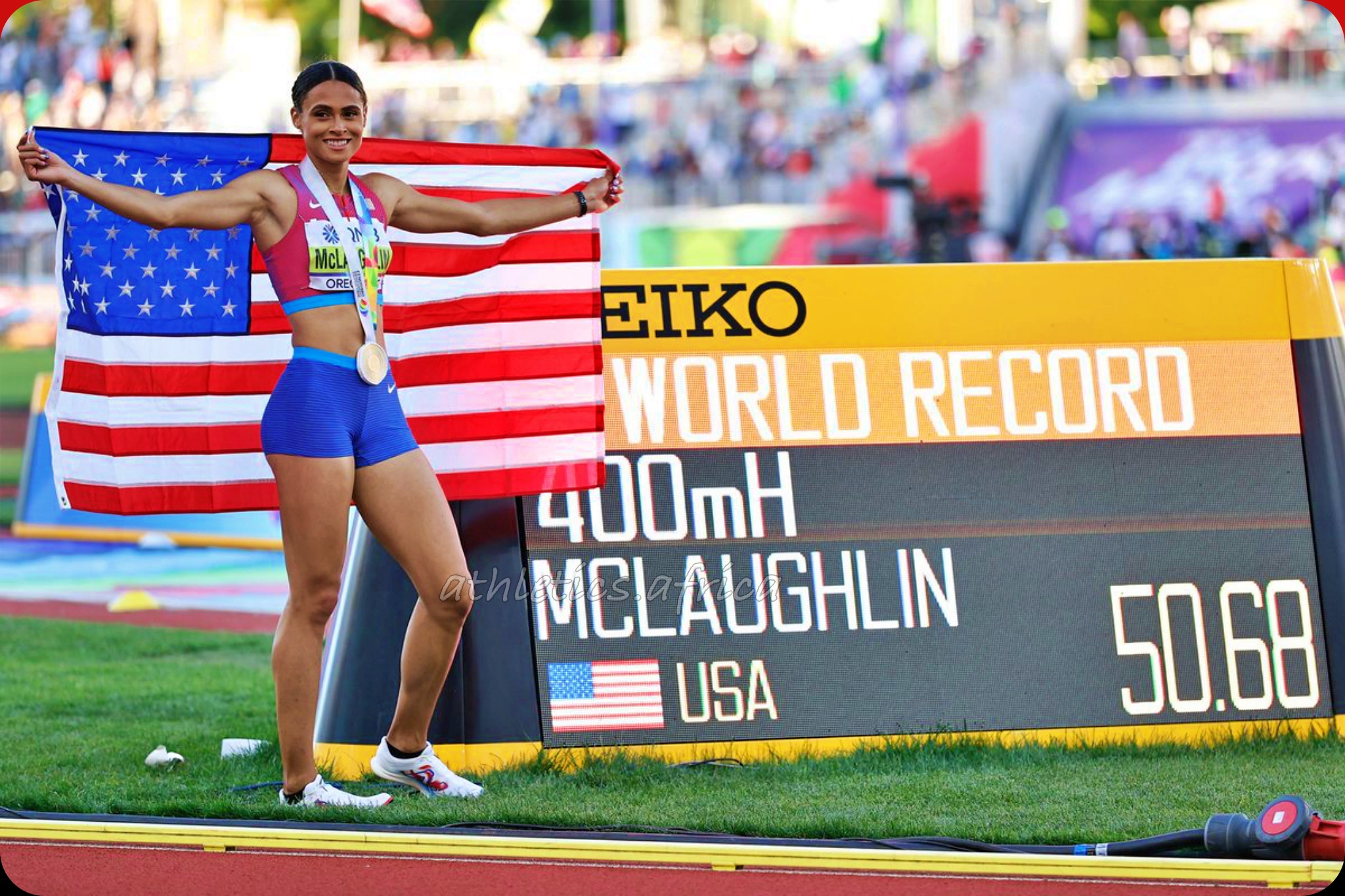 Sydney McLaughlin has broken the world 400m hurdles record for the fourth time of her career, obliterating her previous best with 50.68 to win her first world title in the event at the World Athletics Championships Oregon22 on Friday 22 July.

In another epic race in front of a passionate home crowd, the 22-year-old Olympic champion raised the bar yet again.

It is the third world record that Sydney McLaughlin has set at Hayward Field.

Her first came at the 2021 US Olympic Trials, when she clocked 51.90 to improve on the 52.16 global mark that Muhammad had set when winning the 2019 world title ahead of her compatriot.

Just over a month later, McLaughlin ran 51.46 to win the Olympic title in Tokyo, and she broke the record for a third time at this year’s US Championships in Eugene on 25 June, clocking 51.41.

The 2022 World Athletics Championships will come to a close in Eugene, Oregon on Sunday.