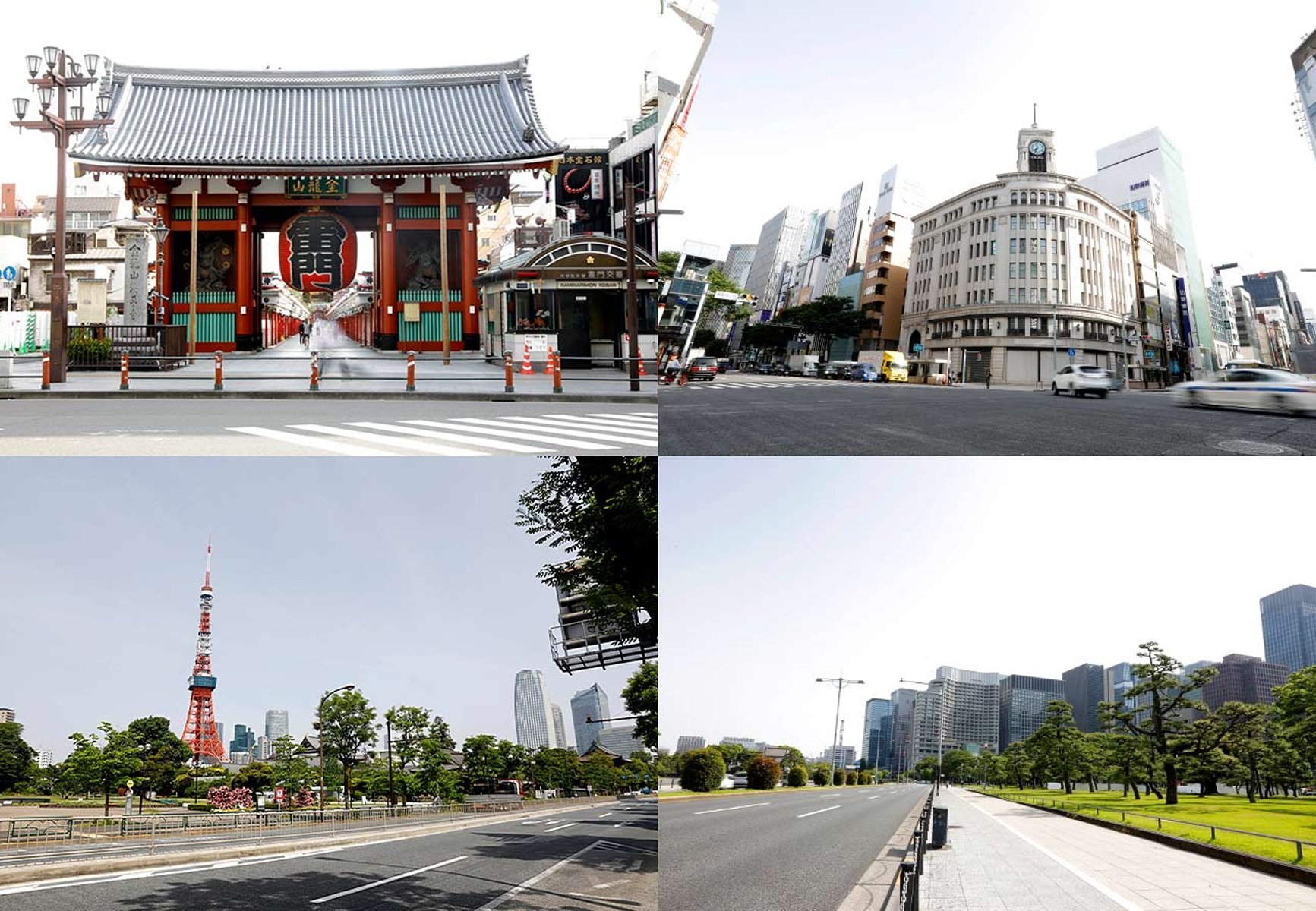 The Tokyo Organising Committee of the Olympic and Paralympic Games (Tokyo 2020) has announced the routes for its marathon event and for the 20km and 50km race walk events.

These will pass through the heart of Tokyo – the world’s largest metropolitan area with a population of nearly 35 million – and take in some of the capital’s most iconic landmarks, providing an unforgettable experience for the athletes, as well as for spectators along the route and TV viewers around the world.

According to the LOC, the marathon course will take in both modern and traditional districts of the city, starting and finishing at the Olympic Stadium and passing symbolic Tokyo landmarks along the way.

These will include the Kaminarimon (“Thunder Gate”) in Asakusa, guarded by the deities of wind and thunder; the Imperial Palace, the primary residence of the Emperor of Japan; Ginza’s upmarket Chuo Street; the Zojoji temple, with the landmark Tokyo Tower as a backdrop; and Nihombashi bridge, the historic centre of the Japanese capital.

The climax of the Tokyo 2020 marathon race will see the athletes running the final stretch leading to the Olympic Stadium uphill.

Marathon running in Japan has a long history and proud tradition. The Japanese have truly embraced distance running, and the Tokyo Marathon, one of the world’s top six city marathons, now regularly attracts huge crowds of supporters.

This year’s event drew 300,000 applicants, with nearly 36,000 runners participating and more than one million people cheering on the streets.

Maps of the marathon events 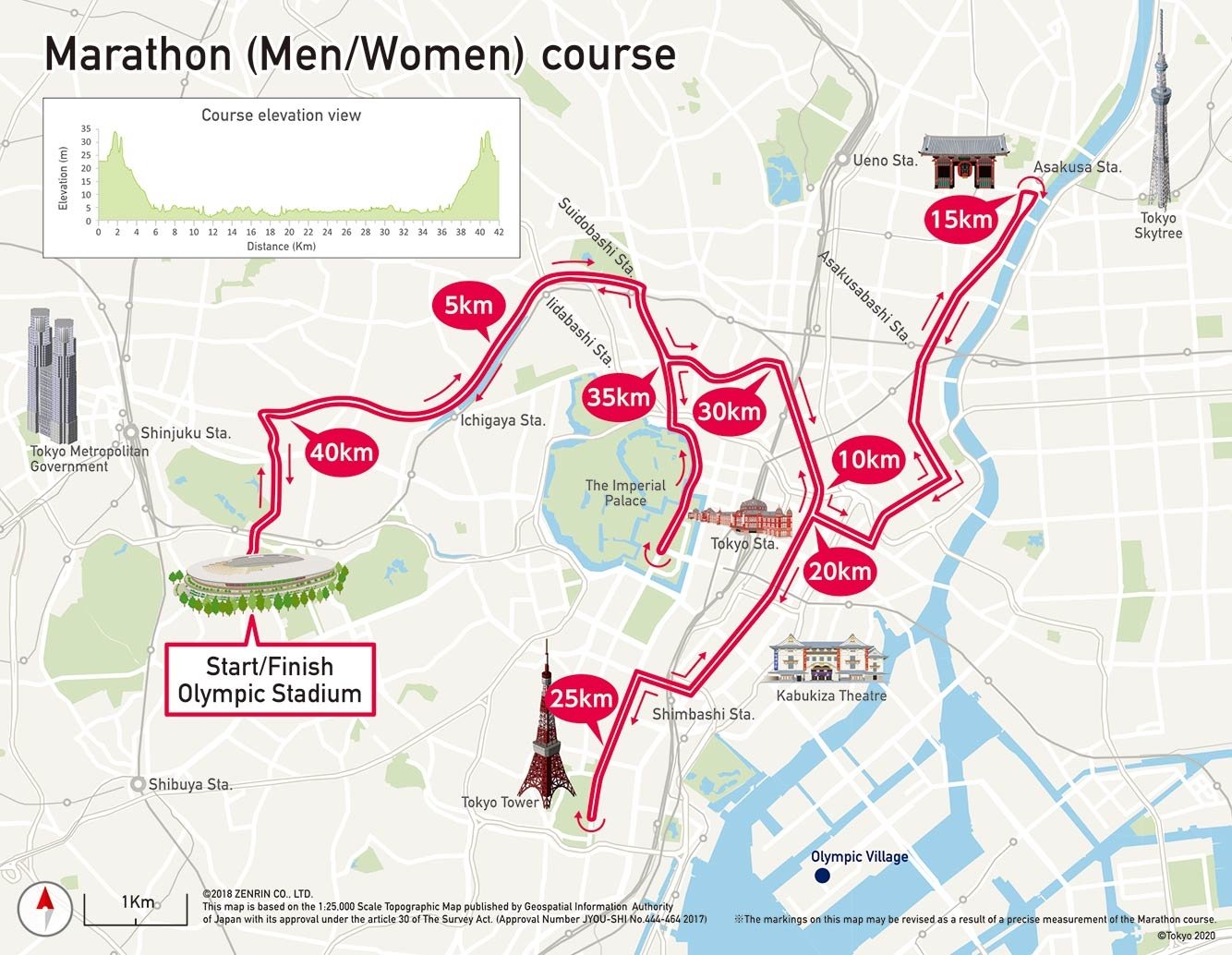 Tokyo Station is nearby and its west-side plaza has recently been renovated. It is connected by a beautiful promenade to the Imperial Palace gardens. 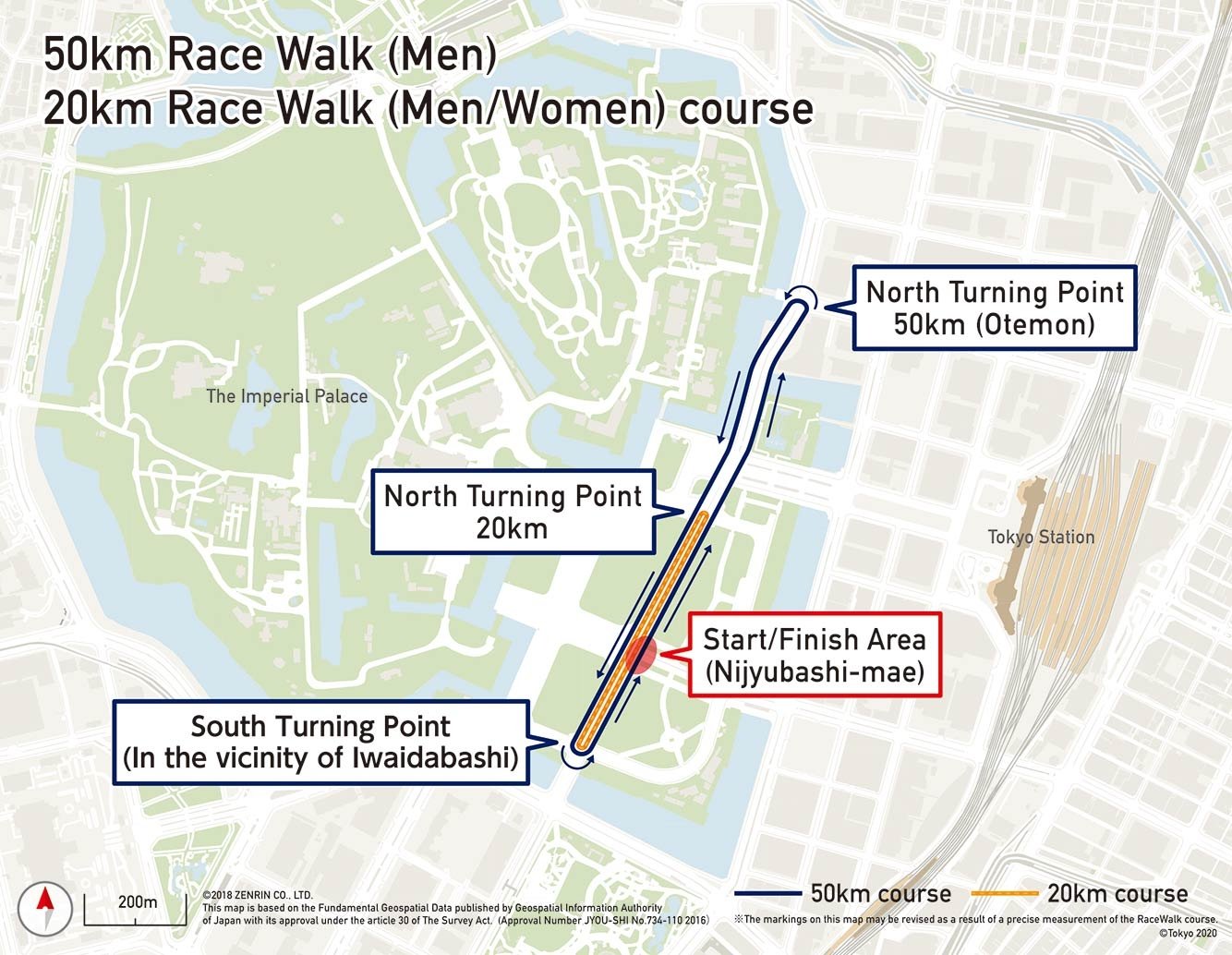 Naoko Takahashi, marathon gold medallist of the Olympic Games Sydney 2000, commented, “It is really exciting to imagine just two years from now the side streets along the Tokyo 2020 marathon and race walk route filled with countless fans.

“I look forward to seeing some great performances from the runners, who will be encouraged by those fans lining the route. They will be memorable races.”

Sebastian Coe, President of the International Association of Athletics Federations (IAAF), said: “The Marathon course is a growing highlight of the athletics programme with imaginative courses that show off the best of cities, are challenging for athletes and fan friendly.

“The Marathon Course highlights the essence of Tokyo – a blend of tradition and modernity and the Race Walk Course captures the serenity and beauty of the parks and green spaces tucked away in this busy, bustling metropolis with the stunning backdrop of the majestic Imperial Palace.”

“We are delighted with both courses and thank the organisers for their creativity and thoughtfulness.” Coe added.

In this article:IOC, Olympic Games, Tokyo 2020 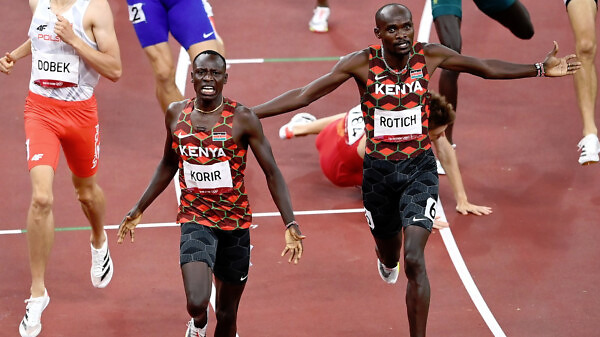