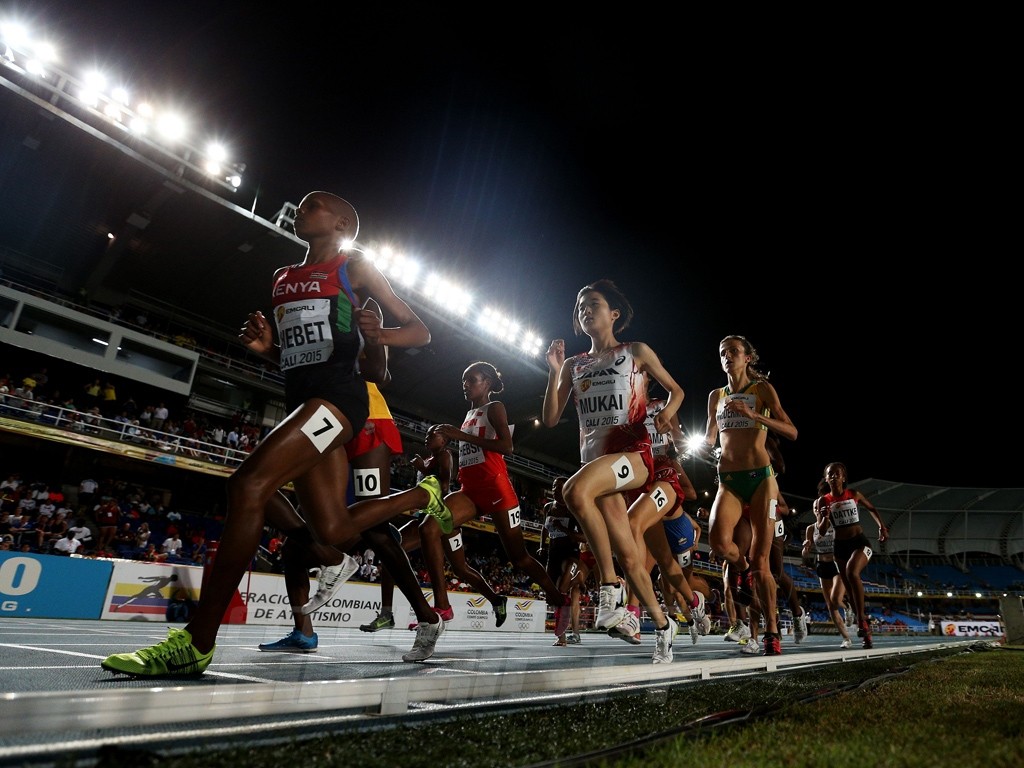 Emily Chebet Kipchumba of Kenya in action during the Girls 3000 Meters Final on day one of the IAAF World Youth Championships, Cali 2015 on July 15, 2015 at the Pascual Guerrero Olympic Stadium in Cali, Colombia. (Photo by Patrick Smith/Getty Images for IAAF)

The voting results from the 19 [link id=”175″ tax=”post_tag” text=”IAAF”] Council members that took part in the two votes:

IAAF President Sebastian Coe, for the sake of neutrality as the head of the Council, did not participate and will also not vote in any future host city decisions.

“Many congratulations to Rome and Bydgoszcz. The speed in which you assembled detailed applications and at such short notice has been inspiring,” commented IAAF President Sebastian Coe.

“Your bids were impressive and we look forward to celebrating the achievements of the world’s best race walkers and under-20 aged athletes in your cities.”

“I gratefully acknowledge the interest shown by all the member federations who took part in this process. Thank you on behalf of the athletes for helping us to ensure that these competitions will take place,” Coe concluded.

An [link id=”10751″ text=”accelerated bidding process was opened on 3 December 2015″] for these two IAAF World Athletics Series events following the full suspension of the Russian IAAF Member Federation ARAF, who were originally set to stage both championships.

By 9 December seven IAAF Member Federations had sent letters of interest, with five countries going on to formally submit bid applications by 22 December 2015.