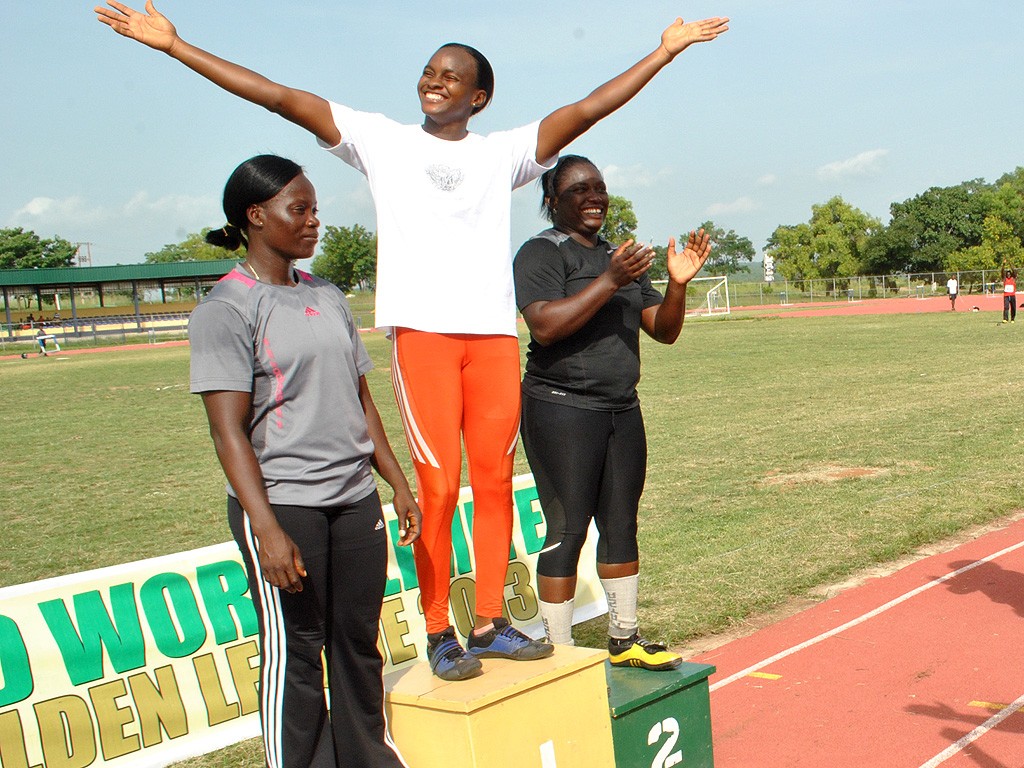 A new national record of 63.79m was set by Queen Obisesan in the Women’s Hammer event at the fourth leg of the AFN/Solid Works Golden League Meet held at the Sports Complex of the University of Ilorin.

Nigerian Sports minster and chairman of the National Sports Commission, Bolaji Abdullahi  was there to witness Obisesan erase the previous mark of 61.75m . Quite a number of the local athletes also recorded their season’s and personal bests at the meet.

AFN Technical Director, Navy Commodore Omatseye Nesiama, said that once the necessary dope test is conducted the new record will be promptly approved.

Speaking to the media after the event, Obisesan gave thanks to God for helping her thus far even as she stated that she hoped to do more in the days ahead.

“I am very happy to achieve this and I know it only means I should work harder even to get better results,” she added.

Also reeling with excitement over the new record set and already projecting on how to build on the gains in Ilorin, the Sports Minister said the NSC in tandem with the AFN will work closely like before to chart the way forward as they look ahead to the busy year coming.

“It’s really exciting for me especially in the year preceding the Commonwealth Games; that offers a very good prospect and I’m already discussing with the AFN board members on how can we build on all this’ the Minister stated .

Abdulahi added: “I am glad the national trials will soon happen. That would provide the basis for the selection of athlete that will represent us at these upcoming competitions.

“They are already giving me medal figures but I will keep that to myself for now.

“But with what I have seen today especially the girls that did the Hammer throw and set a new national record and all of them who set new personal best throws that is a very good prospect,” he concluded.