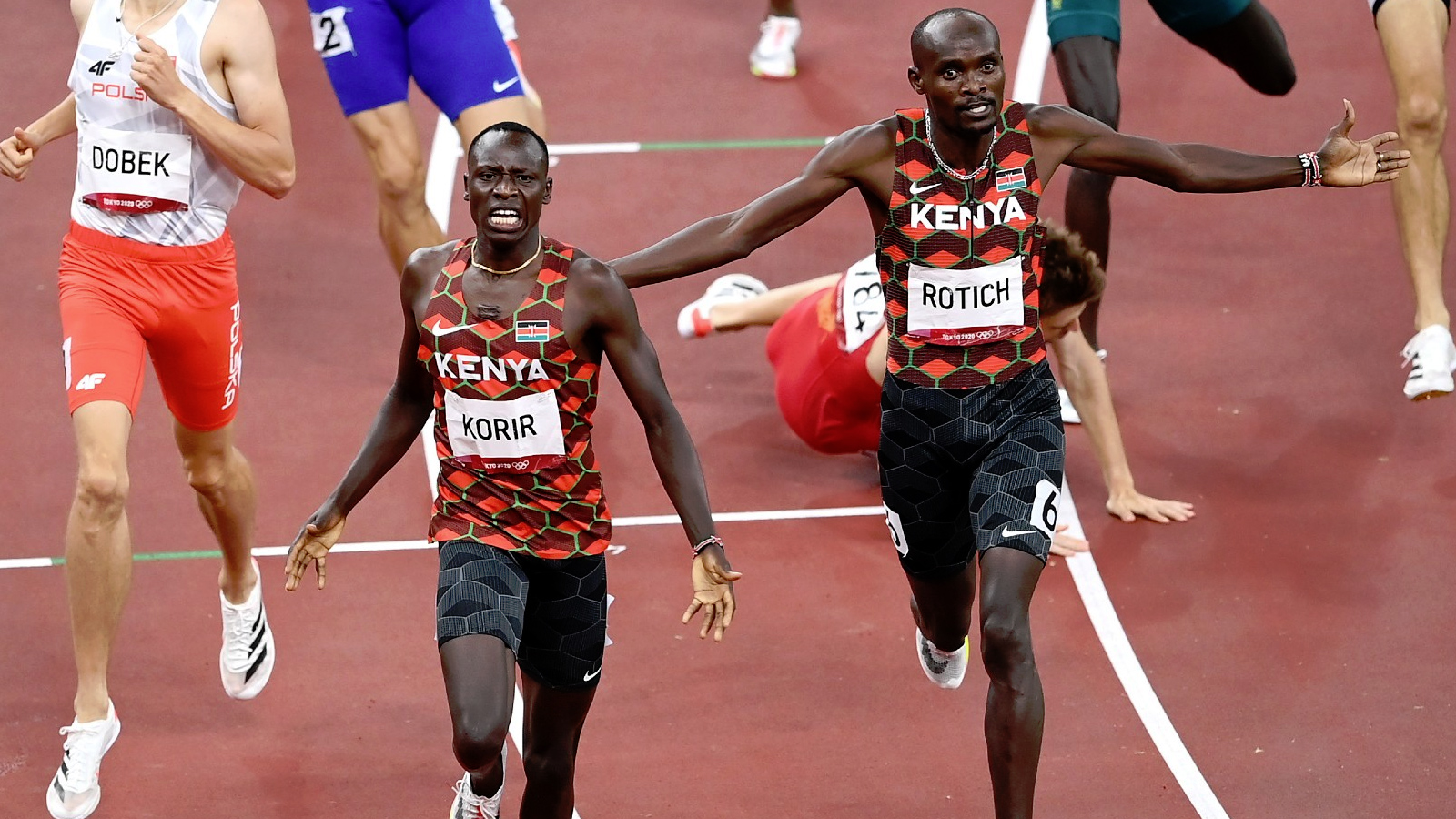 East Africa, the world’s foremost cradle for distance runners, finally asserted itself on night six at the Tokyo Olympic Games, as both Kenya and Uganda won their first gold medals in the stadium.

It has been a slow start for distance powerhouse Kenya, but they finally broke through in style, claiming both the gold and silver medals in the men’s 800m, extending their winning streak in this event to four in a row.

There was no clear favourite for this final and consequently none of the contenders was willing to set the pace. It was slow through the first lap as Australia’s Peter Bol was forced to the front and became the sitting duck for a sit and kick finale.

Emmanuel Korir made his move with 200m to go, bursting clear of the pack and sprinting for home. A rareity in athletics these days, Korir competes over both 400m and 800m and this race played perfectly into his strengths.

His teammate Ferguson Rotich and Poland’s Patryk Dobek responded, but not quite quickly enough, and did not have the speed to run Korir down.

“This is a big thing for me after failing to qualify for the final in the 2017 and 2019 World Championships, but today is my day,” Korir said.

History was made in the women’s 3000m steeplechase final as Peruth Chemutai sprang an upset to become the first Ugandan woman to win an Olympic medal.

With 600m to go, front-running Courtney Frerichs of the USA had a handy lead but Chemutai patiently reeled her in and took the lead with 300m to go, surging away to win in a personal best time of 9:01.45.

Frerichs held on to claim the silver medal (9:04.79) as she did at the World Championships in London four years ago.