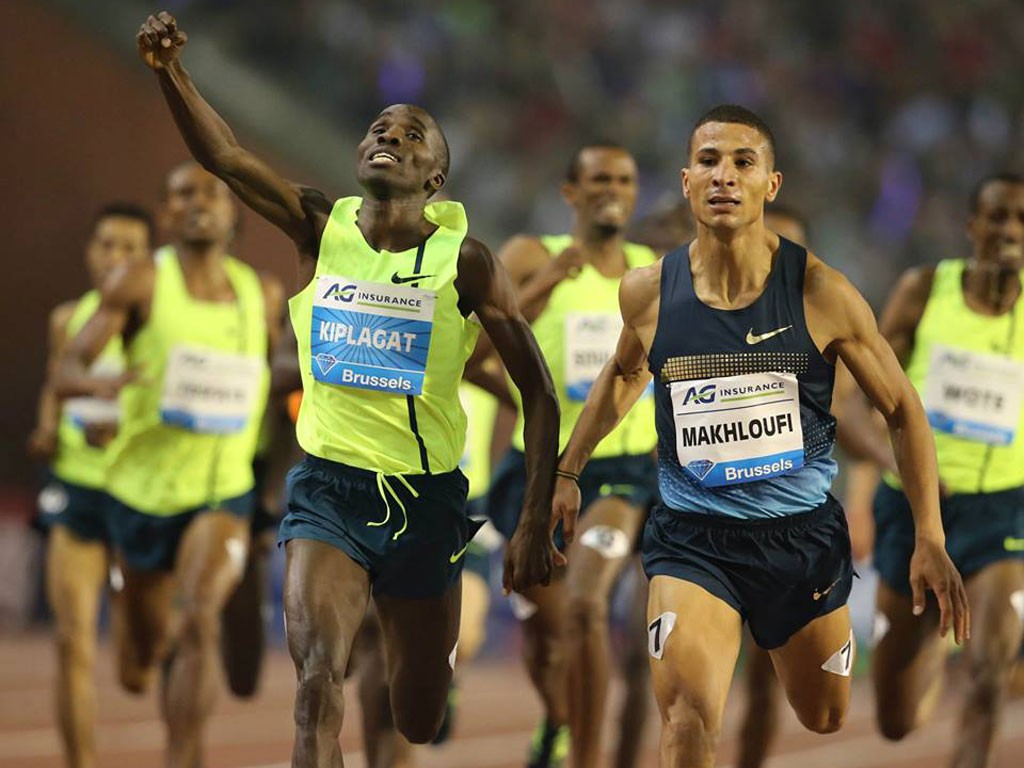 Algeria’s Taoufik Makhloufi won a thrilling men’s 1500m in 3:31.78, beating Silas Kiplagat at the line by 0.02secs at the IAAF Diamond League meeting in Brussels, Belgium on Friday night.

However, Kiplagat’s disappointment was brief as he had done enough to secure the Diamond Race title for the season. Both men raised their arms in salute towards the end of the race after they knew they had both achieved their goals.

The Kenyan came close to catching the Algerian, but Makhloufi held on for the win in 3:31.78, just 0.02 ahead of Kiplagat.

The fast-finishing Souleiman was just a further 0.02 behind. Nevertheless, by beating his top two rivals, Kiplagat maintained his lead in the Diamond Race.

Here are the final 1500 results. Absolute madness… pic.twitter.com/KKQFDlZ5H9 (via @Flotrack)