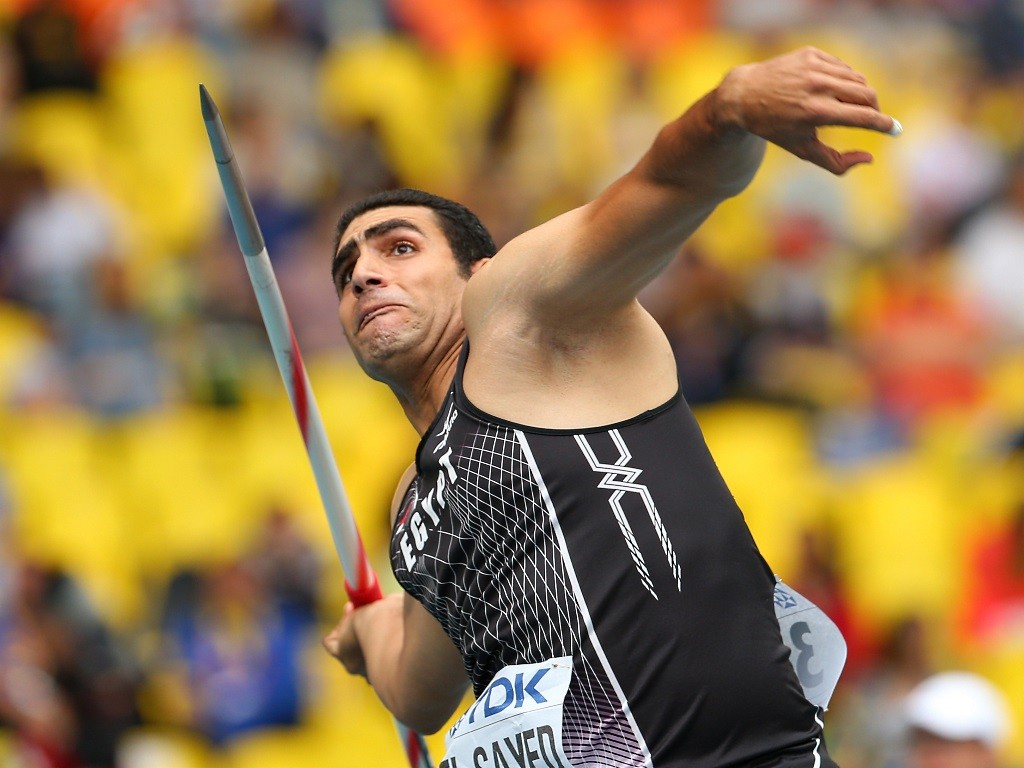 Egypt’s Ihab Abdelrahman El Sayed blew the Javelin competition apart in the opening round with a huge African record at the IAAF Diamond League meeting in Shanghai, China on Sunday.

[link id=”259″ tax=”post_tag” text=”Abdelrahman El Sayed”] monster throw of 89.21m not only won the competition by more than five metres, but also broke the meeting record and established a new world lead by almost four metres.

The 25-year-old Egyptian looked as shocked as his competitors as his recorded distance was a huge improvement on his previous best of 83.93m, set in Cairo less than a fortnight ago, and eclipsed South African Marius Corbett’s 88.75m throw as the longest ever by an African thrower.

Abdelrahman El Sayed’s second effort of 86.01m would also have won the contest as Kim Amb of Sweden took the runner-up spot with 84.14m and world champion Vítezslav Vesely settled for third with 83.80m.

Last year’s winner, Finland’s world silver Tero Pitkämäki, was below par in sixth ahead of London Olympic champion Keshorn Walcott from Trinidad and Tobago in seventh.

Elsewhere on the track, Yenew Alamirew came from behind in the final straight to beat fellow-Ethiopian Hagos Gebrhiwet and Kenya’s Olympic bronze medallist Thomas Longosiwa in the men’s 5000m. Alamirew clocked 13:04.33 for yet another meeting record.

Kenya’s Robert Biwott won a four-man battle in the 800m to beat Algeria’s Olympic 1500m champion Taoufik Makhloufi in 1:44.69, a personal best for the 18-year-old by more than two seconds, and Jamaica’s Williams-Mills made a late charge to beat Moscow silver medallist Amantle Montsho over 400m in 50.31 seconds.