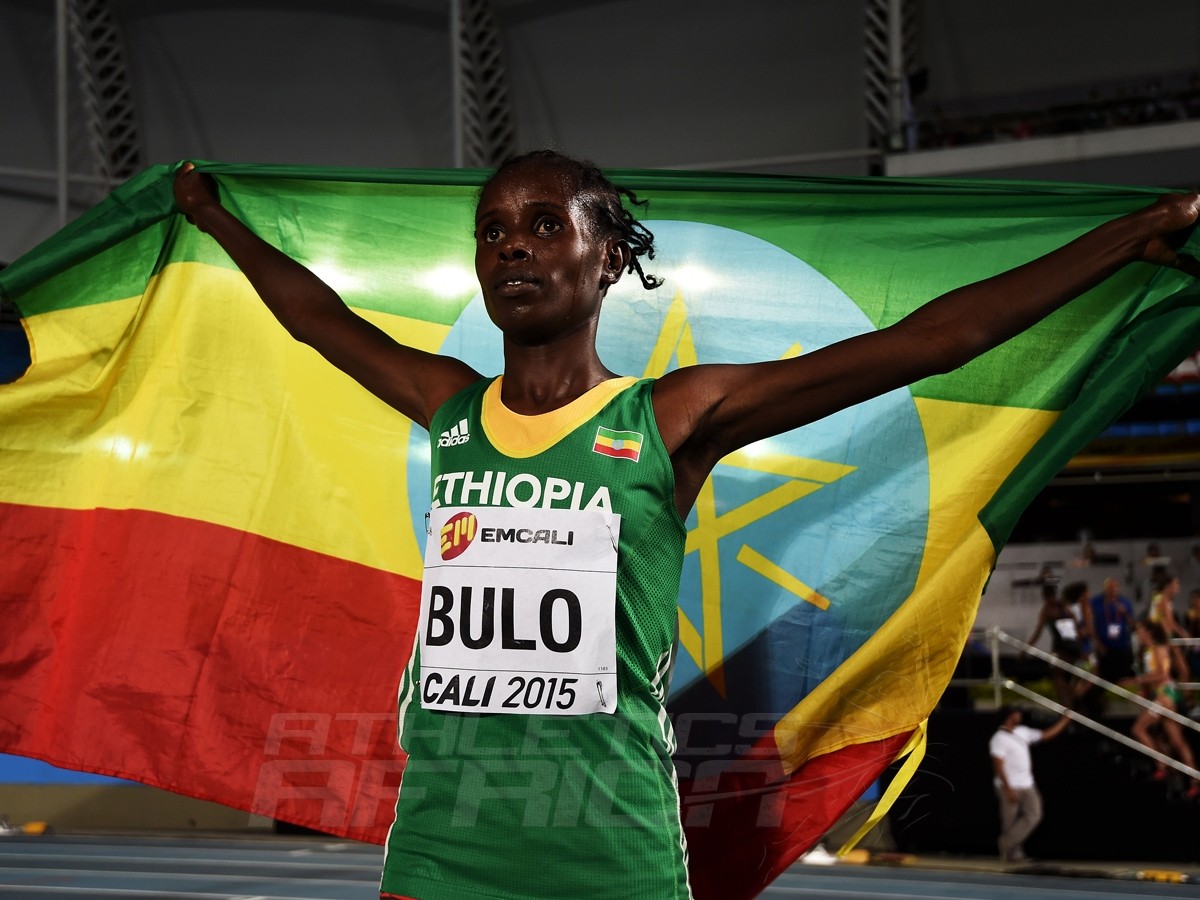 Shuru Bulo of Ethiopia celebrates with the Ethiopian flag after the Girls 3000 Meters Final on day one of the IAAF World Youth Championships, Cali 2015 on July 15, 2015 at the Pascual Guerrero Olympic Stadium in Cali, Colombia. (Photo by Buda Mendes/Getty Images for IAAF)

Relatively unheralded Shuru Bulo sprinted to victory in a world youth leading time of 9:01.12 to deliver the first gold medal for Ethiopia on Day One of the IAAF World Youth Championships, Cali 2015 in Colombia on Wednesday.

The Kenyans have traditionally dominated this race – winning gold six out of eight times in the event’s history – and when the gun fired inside the Pascual Guerrero Stadium, their duo of [link id=”501″ tax=”post_tag” text=”Emily Chebet Kipchumba”] and [link id=”788″ tax=”post_tag” text=”Sheila Chelangat”] made their intentions clear from the start.

Kipchumba, with Chelangat running on her shoulder, raced straight to the front and took the field through 1000m in a steady 3:01.38. 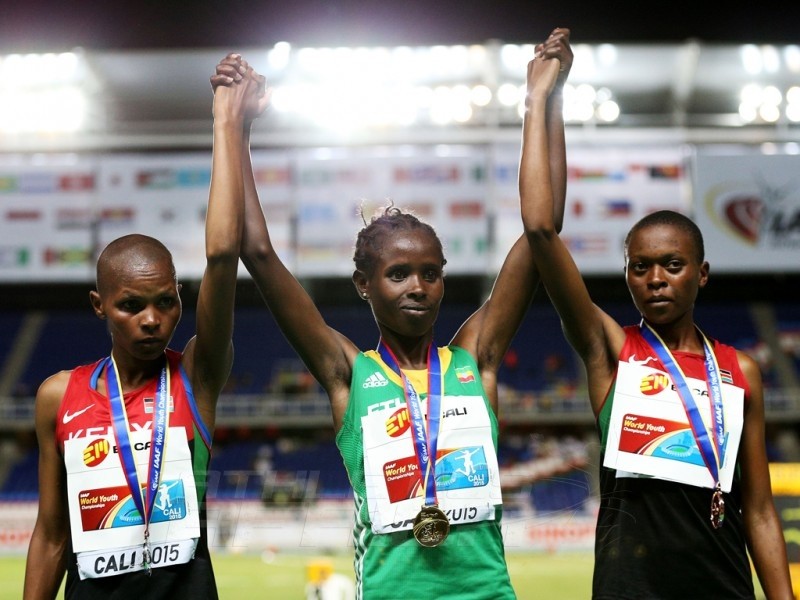 Shuru Bulo of Ethiopia, gold medal, Emily Chebet Kipchumba of Kenya, silver medal, and Sheila Chelangat of Kenya, broze medal, celebrate on the podium after the Girls 3000 Meters Final on day one of the IAAF World Youth Championships, Cali 2015 on July 15, 2015 at the Pascual Guerrero Olympic Stadium in Cali, Colombia. (Photo by Patrick Smith/Getty Images for IAAF)

At that point, the Ethiopians were content to play the waiting game, Gidey sheltering on the inside behind the Kenyans with Bulo running alongside her.

After all her front-running, Kenya’s national junior champion Kipchumba was rewarded with a silver medal for her efforts, finishing in 9:02.92.

(Additional reporting by Cathal Dennehy for the IAAF)