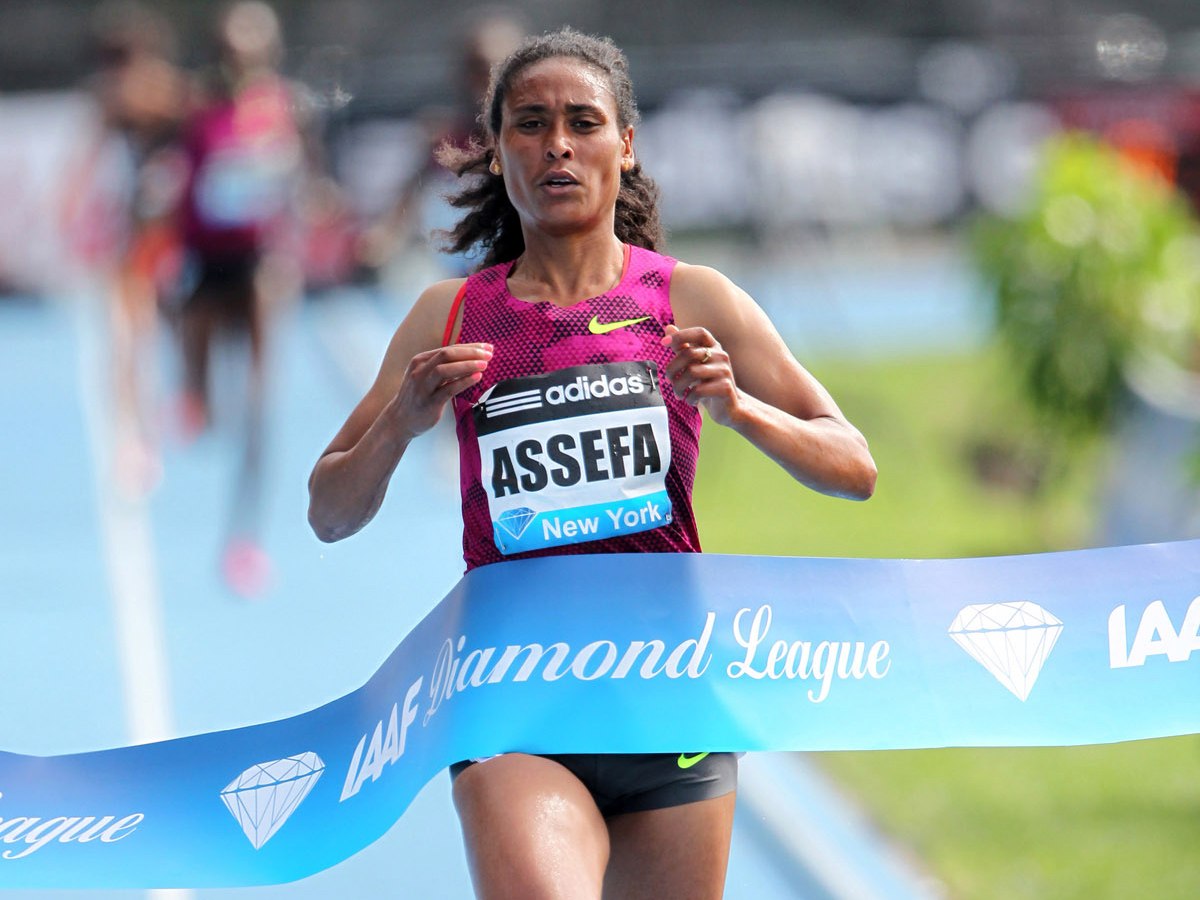 Sofia Assefa from Ethiopia in action at the IAAF Diamond League in Doha last year.

Ethiopian and Kenyan women will battle for supremacy over the 3000m Steeplechase at the Doha 2015 meeting taking place at the Qatar Sports Club on Friday May 15.

Ethiopia will be well represented by Sofia Assefa and Hiwott Ayelew, at 9:09.00 and 9:09.61 respectively the fastest in the field.

Defending Kenyan honour will be Lidya Chepkurui, the 2013 World silver medallist who set the Doha meeting record of 9:13.75 in 2013.

The African trio are among a group of athletes announced on Monday by organisers that includes six reigning world or Olympic champions who will kick-off their 2015 Diamond League campaigns at the opening competition of the 14-meeting series in the Qatari capital.

Meanwhile, most eyes will be on Felix Sanchez from the Dominican Republic in the men’s 400m hurdles.

The 37-year-old has illustrated phenomenal longevity, first with consecutive World titles in 2001 and 2003, followed by Olympic gold in 2004 and eight years later in 2012.

Two-time Doha winner and meeting record holder L.J. Van Zyl of South Africa will also be in the field, along with former World champion Bershawn Jackson of the US, also a past winner in Doha.