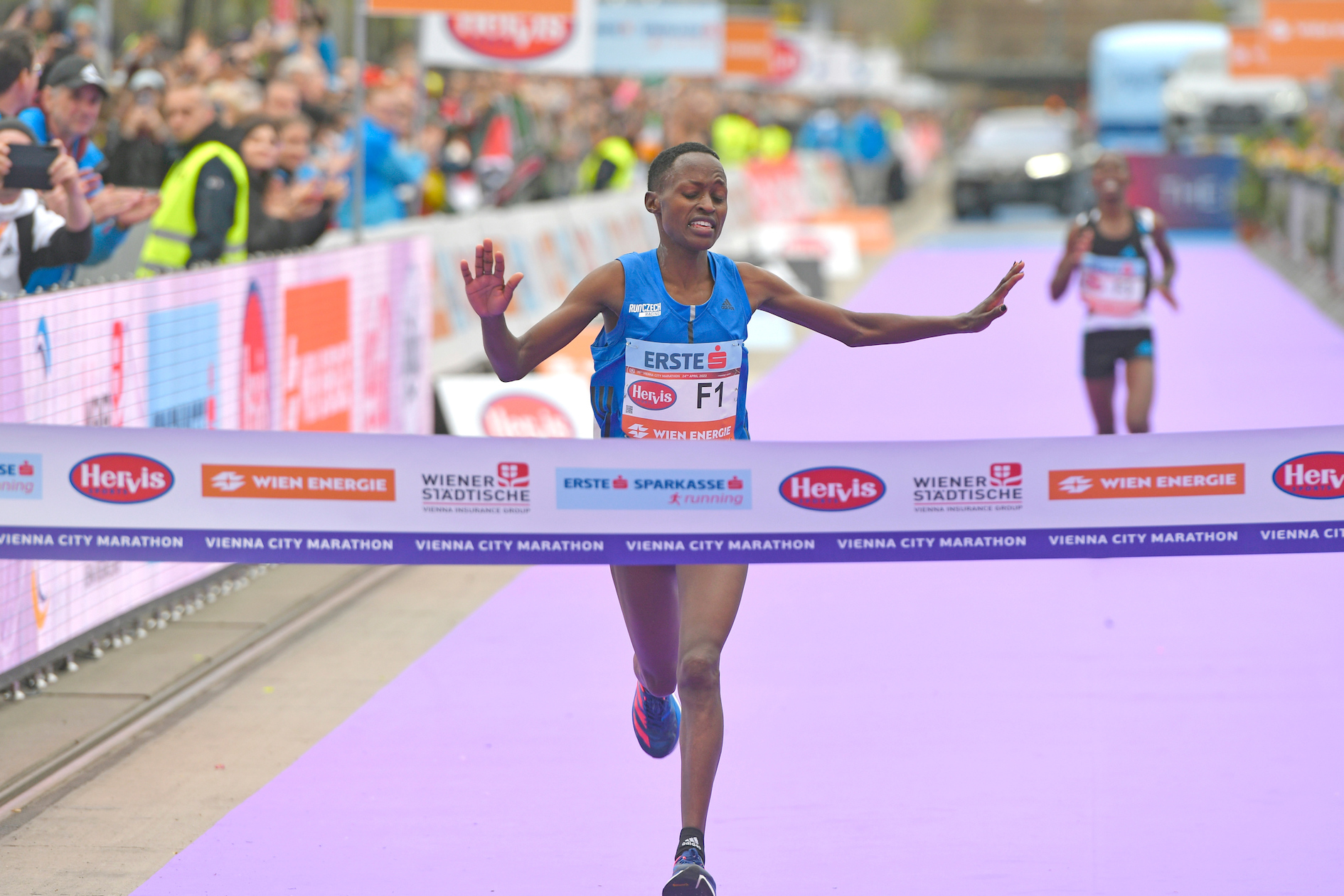 Vibian Chepkirui defended her title and smashed the course record at the 2022 Vienna City Marathon on Sunday April 24.

The Kenyan won with 2:20:59 after a close battle with fellow-Kenyan Ruth Chebitok who finished second in 2:21:03. Sheila Jerotich made it an all-Kenyan podium, taking third place in 2:23:01.

Cosmas Muteti won the men’s race with 2:06:53, which is the second fastest time in the history of the Vienna City Marathon.

Fellow-Kenyan Leonard Langat was second in 2:06:59 and Eritrea’s Oqbe Kibrom followed in third with 2:07:25.

Although there was no course record in the men’s race the wider top results were the best ever in the history of the event.

There have never been two results below 2:07 before in Vienna. And seven times sub 2:10 is also a record for Austria’s prime road race.

A total of 32,000 runners from about 100 nations had registered for the 39th edition of the Vienna City Marathon, including events at shorter distances.

Around 8,000 of them competed in the marathon. The Vienna City Marathon is Austria’s biggest sporting event and a World Athletics Label Road Race.

In relatively good weather conditions but some wind the women’s race developed differently.

Defending champion Vibian Chepkirui, who ran only her second marathon after her Vienna debut triumph in 2021, broke away after eight kilometres.

At the 10k mark she had a split time of 33:11 which pointed to a 2:20 finishing time. She was six seconds ahead of fellow-Kenyans Ruth Chebitok and Viola Yator.

For an unexpected reason the 27 year-old was then not able to maintain this pace. “My husband and pacemaker Wesley Kongogo had a problem with his shoes and got a blister, so he slowed a bit,“ explained Vibian Chepkirui.

While she had a lead of nine seconds at half way, which she passed in 70:38, she was unable to significantly increase it.

In contrast Ruth Chebitok, who had left behind Viola Yator after the half way mark, made up the deficit and was running right behind the defending champion at 35km.

Chepkirui stayed ahead by a step in the final section and it was with around one kilometer to go at Vienna’s Opera House when she increased the pace again and secured her second Vienna marathon victory.

“I am of course very happy to have won again in Vienna. I want to come back next year and then my goal will be to improve to 2:18,“ said Chepkirui, who ran 2:24:29 in her debut last September in warm conditions.

Slovenia’s Neja Krsinar was the fastest European runner in Vienna. She finished eighth in 2:35:30.

There was good pacemaking with an even pace in the men’s race for a long time although the 2:05:41 course record was never really threatened.

A group of 17 runners including the three pacers passed half way in 63:21 and then went on to a 30km split time of 1:30:12. However when the pacers all dropped out at the same time right after the 30km point, the race for victory was on immediately.

It was Oqbe Kibrom who surged ahead instantly. The fastest runner on the start list (PB: 2:05:53) seemed on course for a first Eritrean victory in the history of the race. However with kilometer splits of 2:54 and 2:51 for the 31km and 32km, Kibrom misjudged his potential and the picture changed.

“I knew he was strong. But I decided not go with him at 30km and run my own pace instead. I hoped to close the gap slowly,“ explained Cosmas Muteti, who soon realised that he did gain ground on the leader.

With around five kilometres to go the Kenyan, who is partly coached by former world marathon record holder Patrick Makau and was fifth in Berlin last September, caught Oqbe Kibrom and then moved away from him.

In the final stages fellow-Kenyan Leonard Langat took second place and made up some ground to the leader.

“I knew that he was coming nearer, but I was sure to win as I would have been able to put in a sprint if needed,“ said Cosmas Muteti, who wrote history by becoming the 50th runner of the Vienna City Marathon to achieve a sub 2:10 finish.

“This is my biggest victory. I hope to be able to defend my title here next year and then may be break the course record,“ said Muteti, who improved his former PB of 2:08:45 by almost two minutes.

Austrian’s Lemawork Ketema was the best European runner in Vienna with a 2:15:42 finishing time in 13th place. However he missed the qualifying standard for the European Championships. 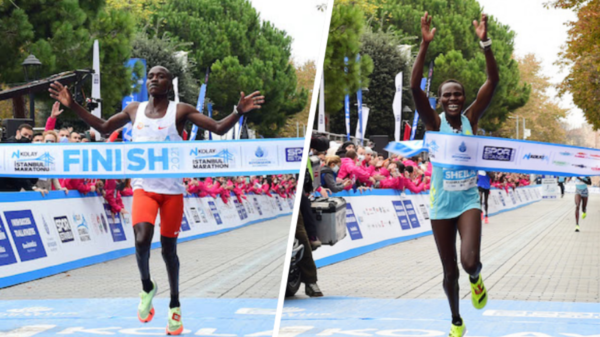