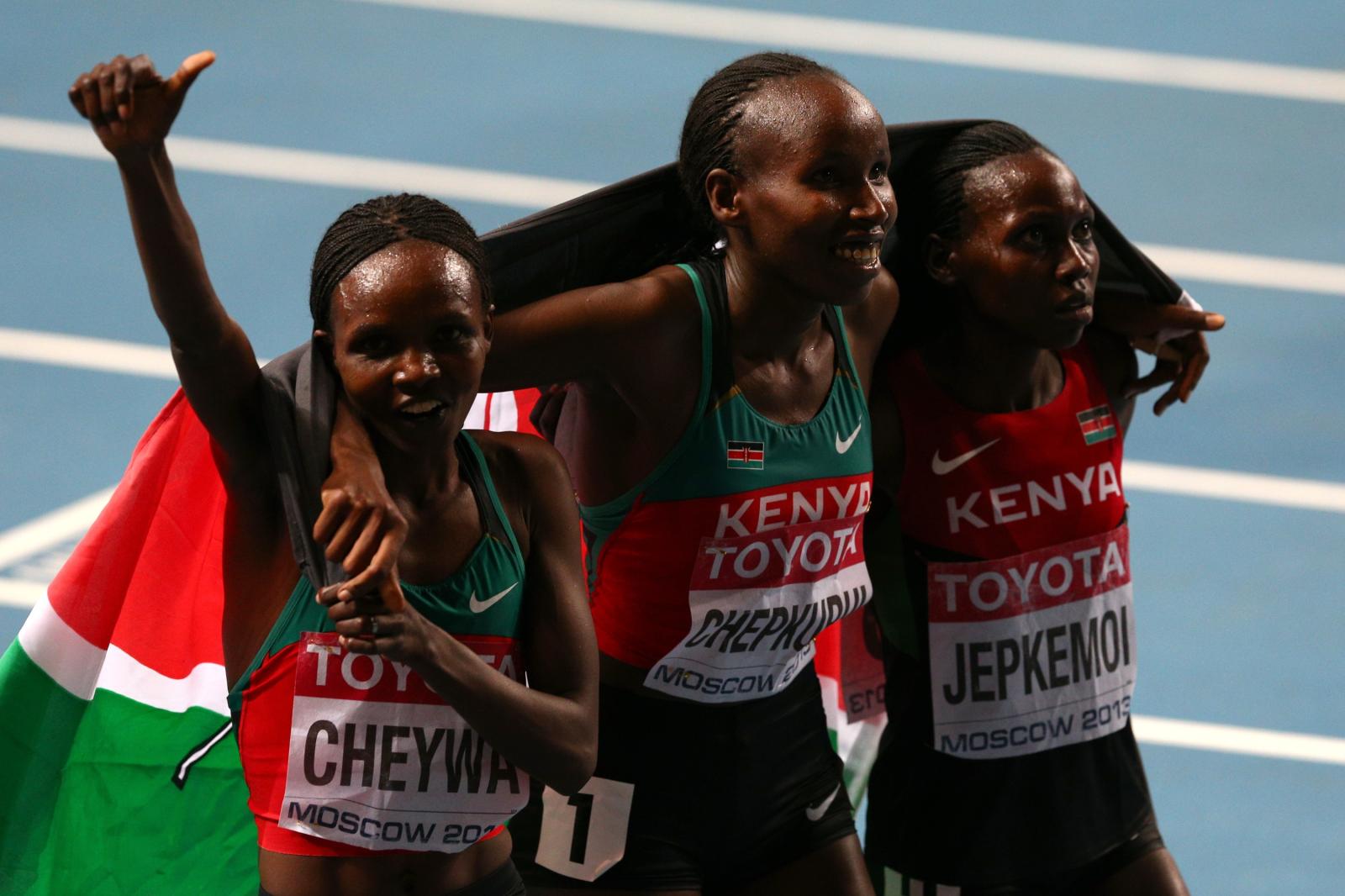 After two World bronze medals, Cheywa justified her favourite tag – in the absence of defending world and Olympic champion Yuliya Zaripova of Russia – to take Kenya’s first world title in a race where their male counterparts have dominated for decades.

The African record-holder won in 9:11.65 seconds, the fastest time of the year, ahead of  compatriot Lydia Chepkurui (9:12.55) and Sofia Assefa of Ethiopia (9:12.84). Of the eight African athletes competing, five took the first five places in the race.

“From the 2nd kilometre, I knew that no one was going to go with me during the last lap,” said Cheywa after the race.

“I’m feeling so good to win my first World title. Since I started steeplechase in 2009, I knew that one day I was going to be a World champion. I have been waiting, waiting, and this year it is my time.”

“This year wasn’t about running good times but only to focus on the World Championships and prepare for this race. I dedicate my victory to my grandmother who died as we were about to leave for Moscow. Now that we (Kenyan) ladies have done our best, we hope that our men will follow suit too.” she concluded.

In the absence of the defending champion, David Lekuta Rudisha, Mohammed Aman made up for his failure at the Olympic Games in London 12 months with a perfectly worked race plan to win Ethiopia’s first World Championships gold medal in the 800m event.

Aman, 19, clocked 1:43.31 to take the title, his second after the 2012 World Indoor Championships gold medal he won in Istanbul.

American Nick Symmonds was second in a season’s best of 1:43.55 while Djibouti’s Ayanleh Souleiman snatched the bronze medal in 1:43.76, the East African country’s first World Championships medal since Ahmed Salah’s brace of Marathon silvers in 1987 and 1991.