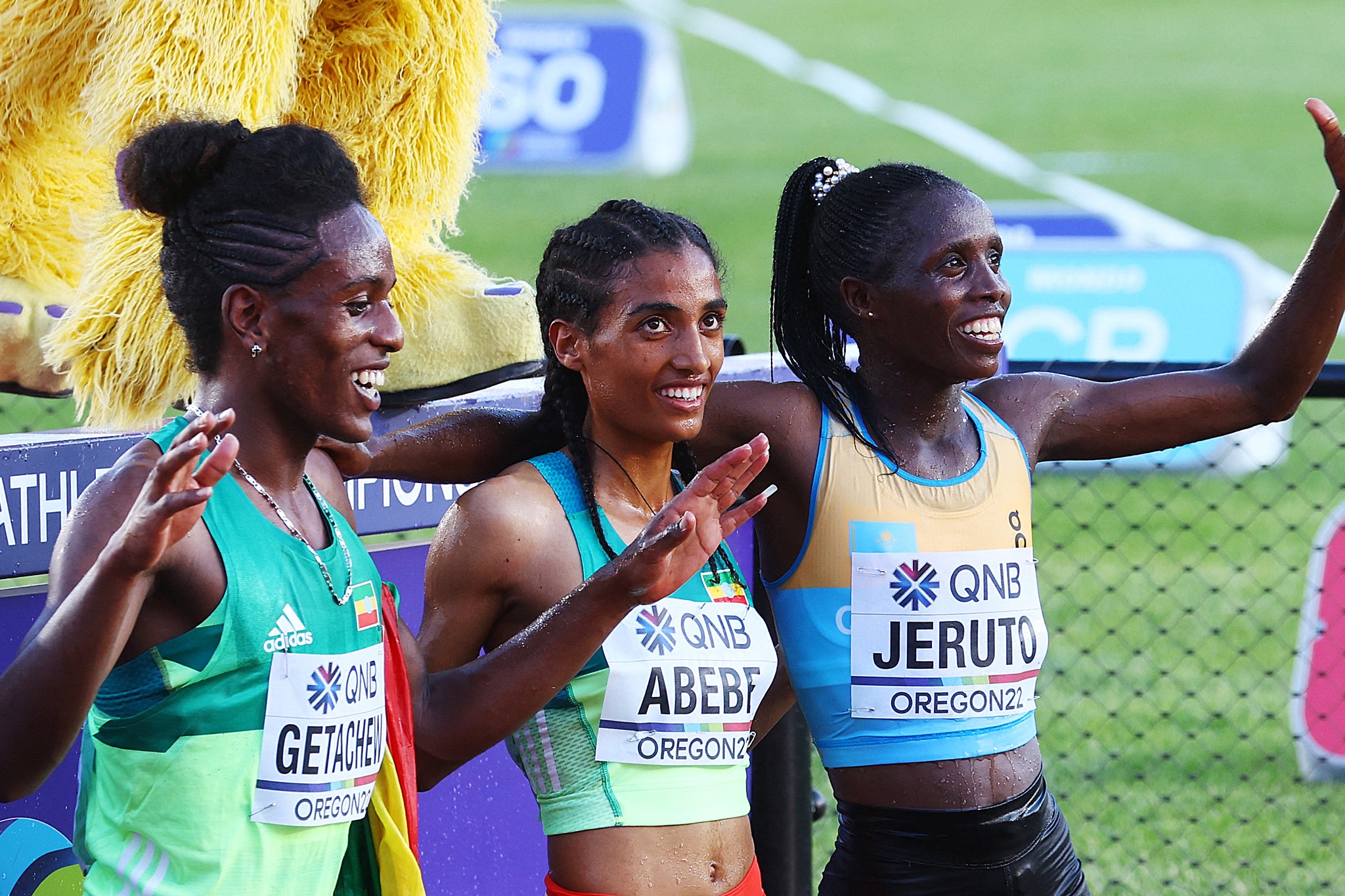 On Wednesday of the World Athletics Championships Oregon22, the hottest day of the event so far with temperatures approaching 32 Celsius, the gold medalist in the women’s 3,000m steeplechase, Norah Jeruto of Kazakhstan, plunged into the water jump to cool off and celebrate her victory.

Moments later she was joined by the silver and bronze medalists, Werkuha Getachew and Mekides Abebe of Ethiopia.

Jeruto, who switched allegiance from Kenya to Kazakhstan earlier this year, clocked eight minutes, 53.02 seconds – the third-fastest time ever and a championship record – more than five seconds better than Beatrice Chepkoech’s mark from Doha 2019.

Werkuha Getachew sets a new national record of 8:54.61 for Ethiopia in second place, while Mekides Abebe finished third in 8:56.08, collecting Ethiopia’s third medal in the event and running a personal best.

“The race went according to our plan. I wanted gold, but the winner is very strong,” said Getachew. “I tried my best and got silver. This is a Kenyan event. Ethiopian men started to challenge, and we are joining them now.”

There was a clear top four heading into the bell lap, with Jeruto and Winifred Yavi of Bahrain slightly ahead of the Ethiopians. A bad leap over the final water jump slowed Yavi down and allowed for both Getachew and Mekides to move ahead of her with 100 metres to go.

“I am very happy to become a medalist at these world championships,” said Mekides. “I planned to fight for a medal when I was training in my country.”

It wasn’t until 2005 that the women’s steeplechase became part of the World Championships.

Over the past 17 years, Kenya has dominated more than any other country by collecting a total of 10 medals in the event. This is the first time there has not been a medalist representing the country of Kenya.

“At the starting line, I was afraid of my friends from Ethiopia,” said Jeruto. “They are also champions like me, so I was scared of them. I tried my best to win the race and it was not easy, it was tough.”

The 2019 Doha world champion, Beatrice Chepkoech, was unable to defend her title due to an injury. No woman has won this event more than once.