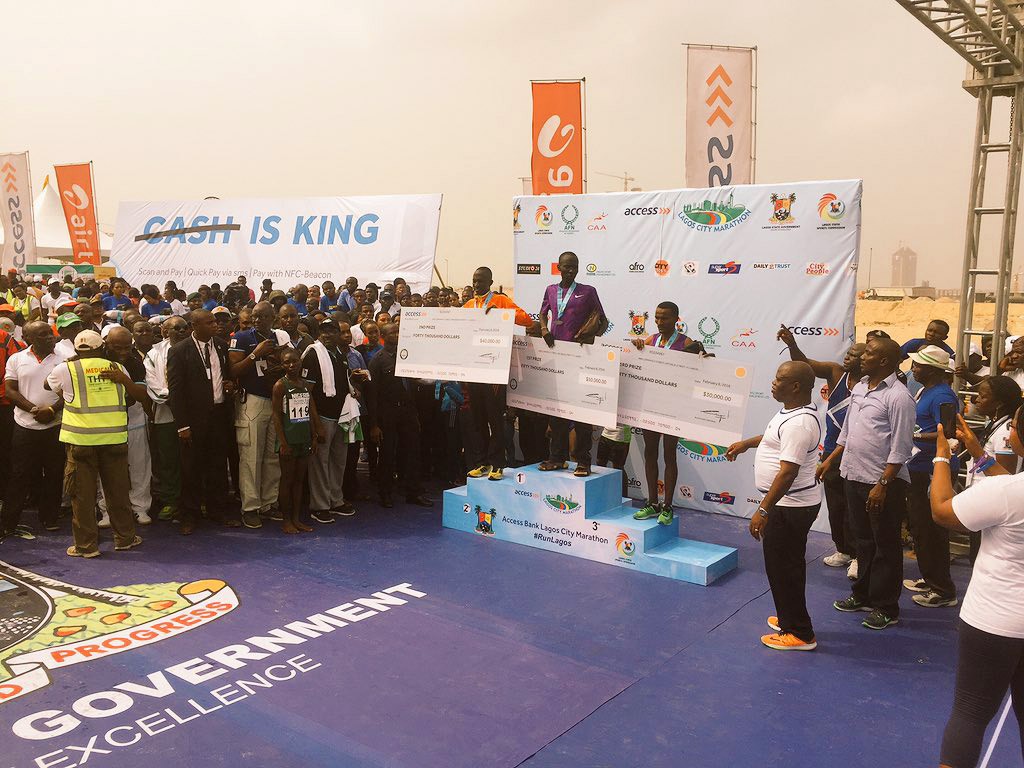 Kenya’s Abraham Kiptum emerged the winner of the men’s category in 2:16:19 ahead of his compatriot Hosea Kipkemoi Kiplagat, who was second in 2:16:34.

The Kenyans received the sum of $50,000 and $40,000 USD as prize money for first and second positions respectively.

Ethiopia’s Debebe Tolosa crossed the finish line in 2:16:40 behind the Kenyans to take home the third place prize of $30,000 USD.

Halima Hussen of Ethiopia claimed the top prize of $50,000 USD in the women’s category after overhauling the field to win in a time of 2:38:32. 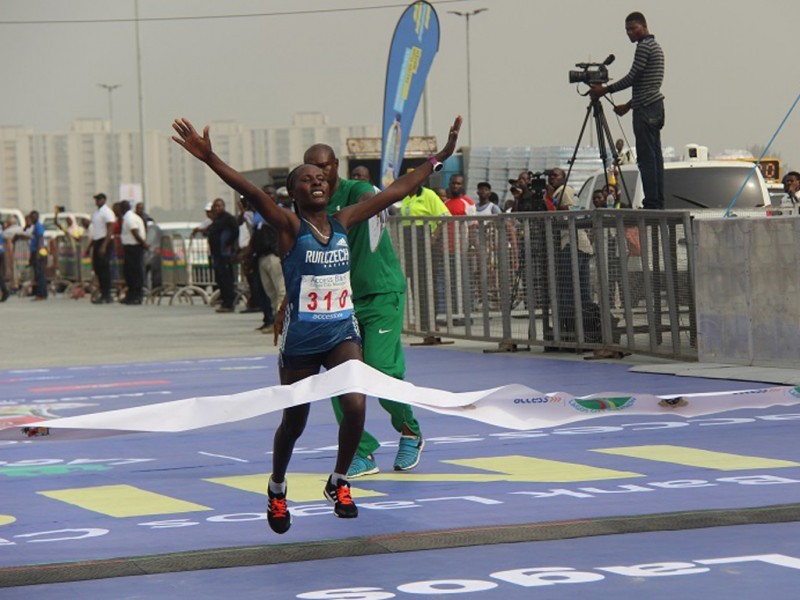 The 2010 Amsterdam Marathon winner, Alice Jemeli Timbilil of Kenya came second in 2:38:49 ahead of another Ethiopian Aberash Feyase, who finished third in 2:39:09.

More than 20,000 runners took part in the 2016 Access Bank Lagos City Marathon which is the first of its kind in the Nigerian city over three decades.

The 42.1 km marathon race route starts from the Old Lagos (National Stadium in Surulere) and terminated at the New Lagos (Eko Atlantic City).

The next edition of the Access Bank Lagos City Marathon will hold on February 11, 2017.