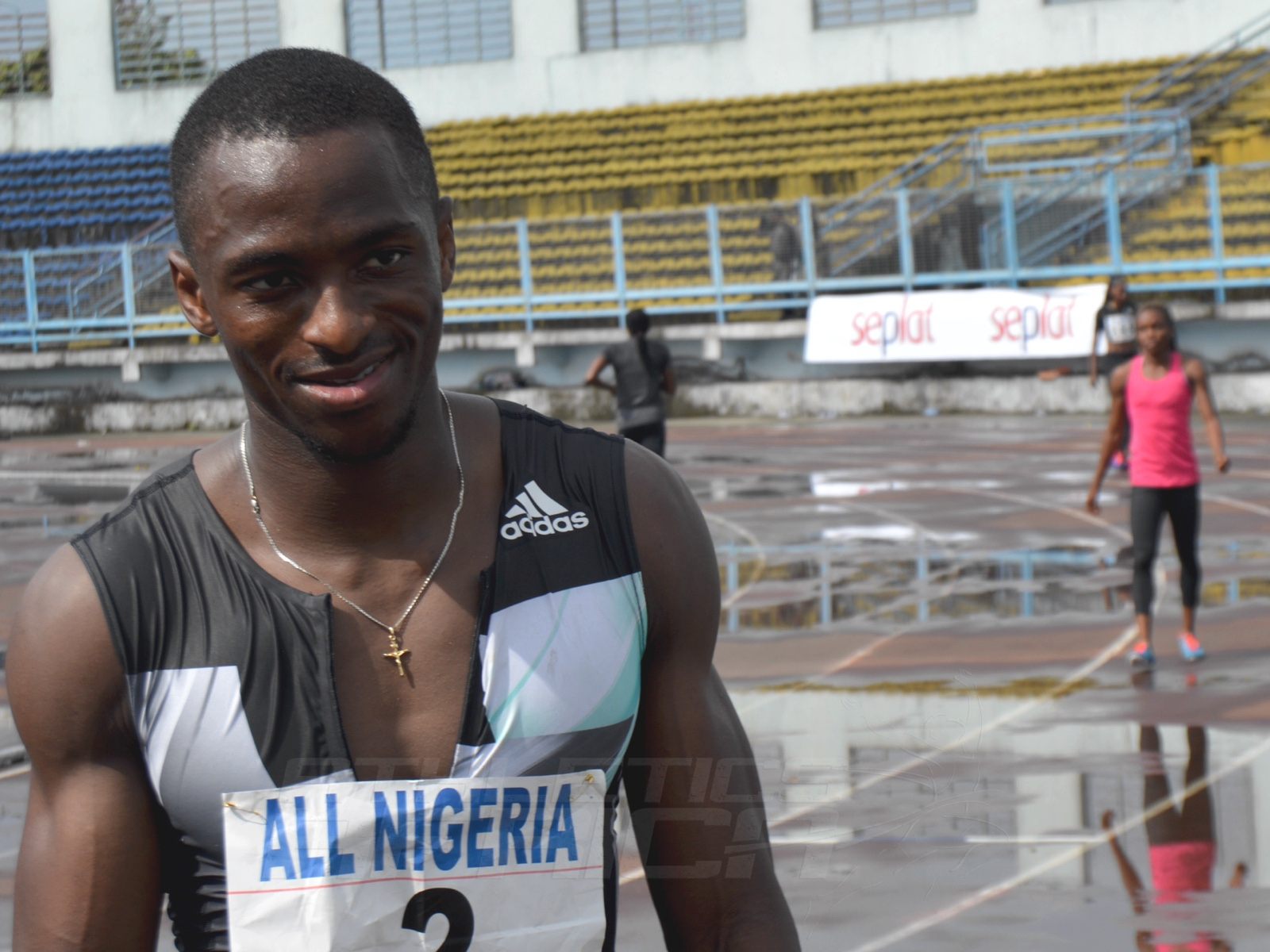 Adeseye Ogunlewe is Nigeria’s fastest man again after winning the 100m men’s title at the 2016 All-Nigeria Championships which ended on a high note on Friday.

Ogunlewe, who won his first national title in Warri in 2015, clocked a lifetime best 10.12 secs to retain his crown and also book a slot to the Rio 2016 Olympics having surpassed the set standard.

Divine Oduduru took the second position and a spot to Rio 2016 Olympics in 10.25 secs while Ogho-Oghene Egwero finished third in 10.36 secs.

Speaking after his victory, Ogunlewe said he worked very hard to defend the title and would even work harder to make some impact in his debut appearance at the Olympics.

“I give thanks to God for making this possible, winning the 100m event again and qualifying for the Olympics is a dream come true,” said an elated Ogunlewe after the race.

In another high point of the day, Blessing Okagbare also completed a sprint double.

Also on Friday, the Nigeria duo of Emmanuel Gyang and Deborah Pam both won the 10,000m in the men and women categories respectively.

Theddus Okpara won the men’s high jump with a best jump of 2.10 metres ahead of Obiora Arinze, who cleared a height of 2.05m for the second position.

There was big upset in the men’s 400m hurdles event where Henry Okorie emerged champion.

Okorie clocked 50:12 secs to take the national title from defending champion Miles Ukaoma – who could only manage a third place finish.

With the Nigerian Olympic trials over, attention will now be shifted to the Confederation of Africa Athletics (CAA) Grand Prix, the Warri Relays taking place at the Sapele Township Stadium on Saturday.