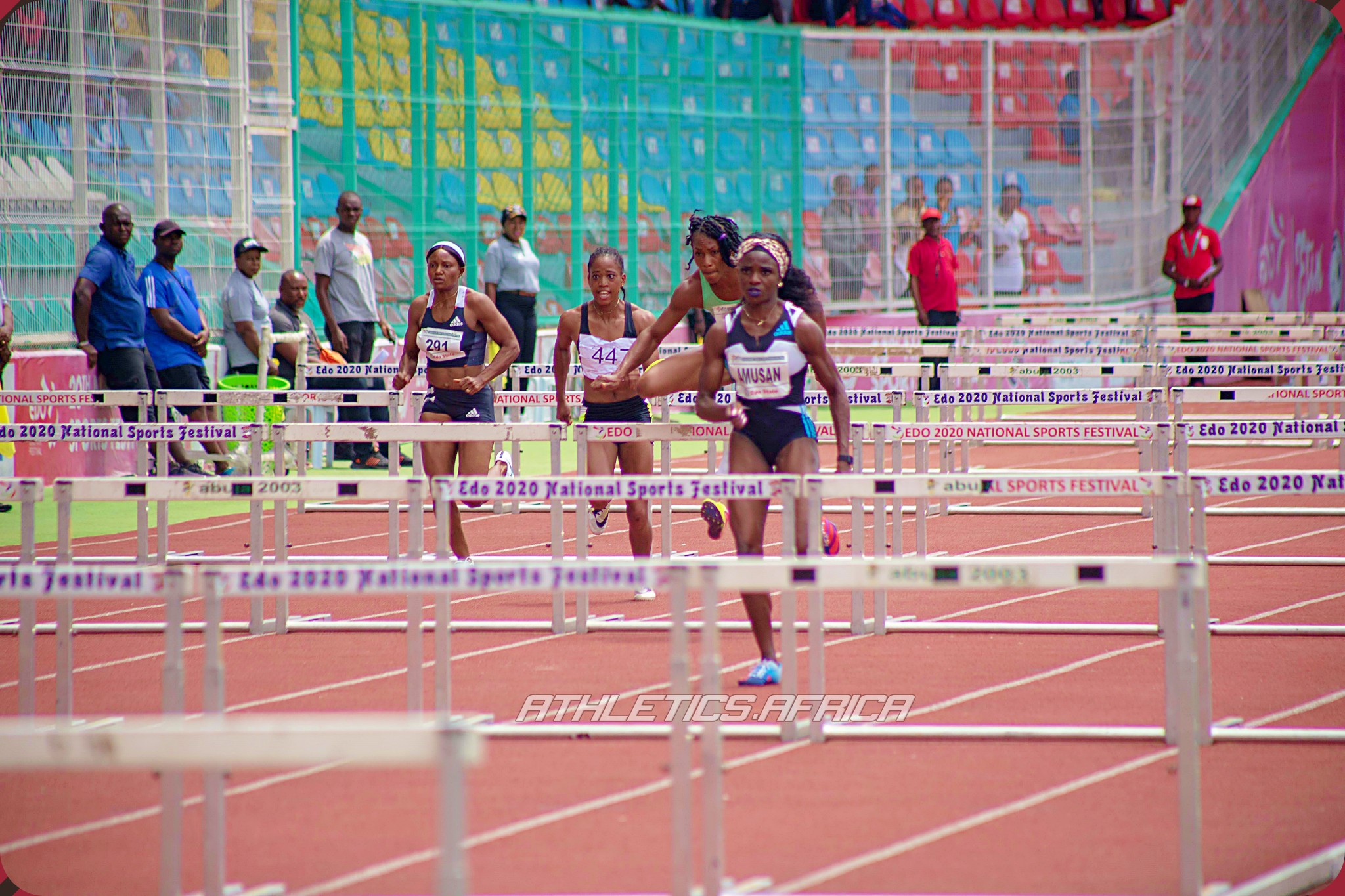 Favour Oghene Tejiri Ashe and Nzubechi Grace Nwokocha Saturday claimed their first national titles on Day two of action at the 2022 AFN Nigerian Championships in Benin City as the duo emerged victorious in the men’s and women’s 100m finals respectively.

Favour Ashe won with a new personal best of 9.99 seconds to become only the second athlete after Deji Aliu to run under 10 seconds on Nigerian soil.

The 20-year-old also officially became the 12th Nigerian athlete to go under the 10 seconds in the men’s 100m.

“I am very happy right now, I didn’t expect I would do this but after running in the semi-final, I knew something big was coming in the final” an elated Ashe told AthleticsAfrica after his historic race.

Asked if he was pushed to run faster by the likes of Alaba Akintola who finished second with a time of 10.06s or Godson Brume who claimed, the third spot, Ashe insists it was more of him executing his race than his rivals pushing him.

He said: “Nobody pushed me to run this fast, I just came with the mindset to execute my race.”

Looking ahead to the World Championships in Oregon and Commonwealth Games in Birmingham, Ashe says his confidence level is at an all-time high and ready to take the world by storm next month

“Before now my confidence was at 50% but now I am at 100% and ready to go and do some good races at the World Championships and Commonwealth Games,” Ashe who is making a third appearance at the Nigeria championship declared.

Fresh his exploits in the NCAA he finished second in the 100m, Ashe was also instrumental to Team Nigeria’s 4x100m team improved ranking that puts them in good stead to qualify for the World Championships Oregon 2022.

While Ashe dominated the men’s 100m race, Grace Nwokocha finished in pole position in the women’s race with a time of 11.03 seconds ahead of fellow NCAA finalist, Rose Chukwuma, who came second with 11.07, while Tima Godbless was third with 11.38.

Tobiloba Amusan provided the icing on the cake for the second day of action at the Nigeria trials, setting a new Championship record in the women’s 100m hurdles event.

Amusan, who had set a new African Record of 12.41 seconds just before coming for the three-day event in Benin City, ran a time of 12.54 on Saturday to not only retain her national title but also set a new Championship record.

Abejoye Oyeniyi also retained his national 110m hurdles title in a time of 13.78 seconds on Saturday.