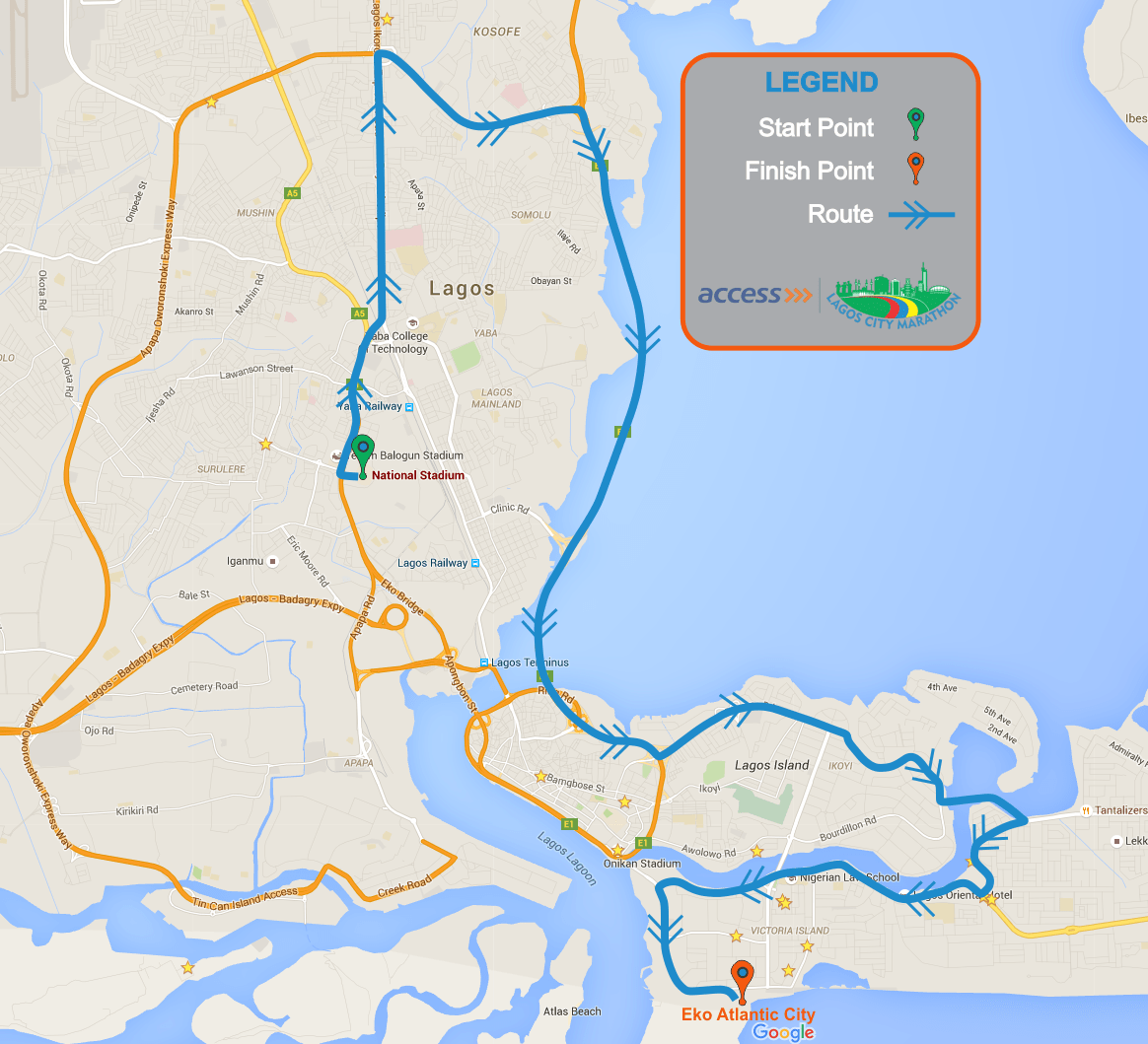 The athletes, while collecting their running bibs and numbers today at the Lagos Marathon office inside the Teslim Balogun Stadium, vow to give their best as they remain optimistic of winning the 42km race.

Peter Kiplagat, who won the 2015 Geneva Marathon, said he hopes to finish the race inside 2:17 and among the top finishers.

“I am very excited to be in Lagos for their first city marathon,” said Kiplagat.

“I have been training hard for this, this is my first time in Lagos and this is also my first big race of the year, I am here to win, I hope that happens on Saturday.”

The General Manager for the marathon race, Yussuf Alli, said it was pleasing to see all the athletes show up for the race.

Alli said that they will be going on a route tour on Friday to familiarise themselves with the road .

More than 20,000 runners are expected to feature in the 2016 [link id=”863″ tax=”post_tag” text=”Access Bank Lagos City Marathon”] on Saturday February 6. which is the first of its kind in over three decades.

About N92 million is up for grabs for the runners at the first Lagos city marathon in over three decades. The 42km race route starts from the Old Lagos (National Stadium in Surulere) to terminates at the New Lagos (Eko Atlantic City).