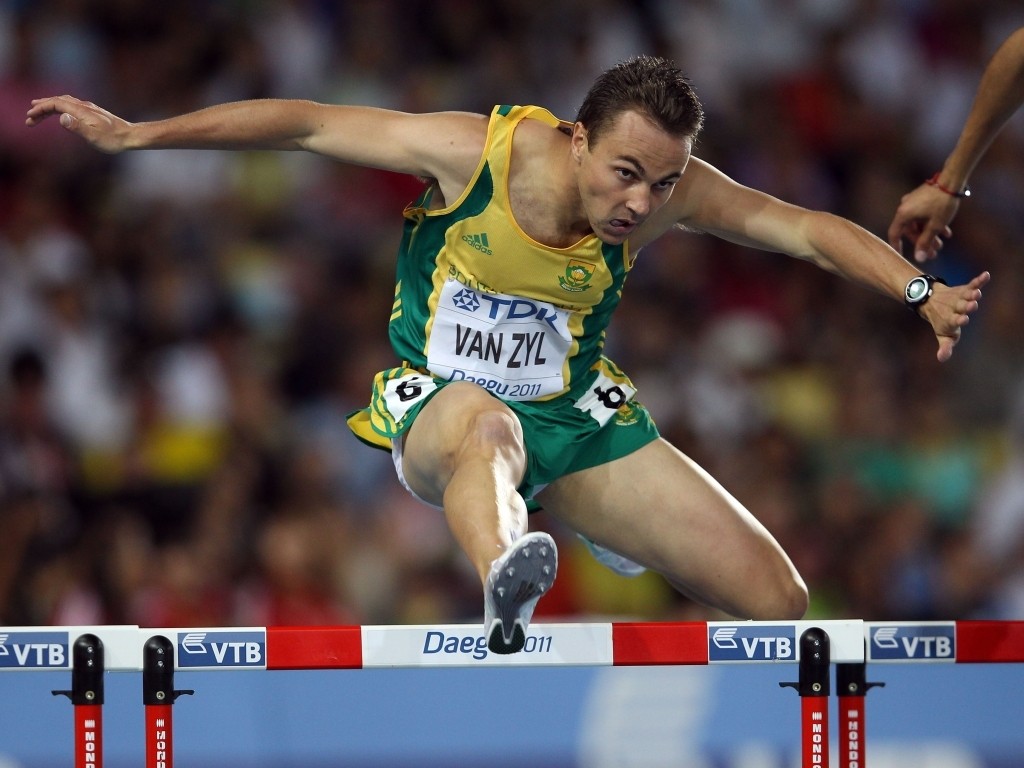 LJ Van Zyl’s performance at this weekend’s Great City Games in Manchester was outstanding as he not only beat Jack Green (GBR), but also Olympic gold medalist Felix Sanchez (DOM) in the men’s 200m hurdles.

The SA 400m record holder crossed the line in 22.63sec with Green and Sanchez coming through in 22.64sec and 22.68sec respectively.

This was only his second hurdles race of the season (the previous was a 400m hurdles in Doha on 10 May) as he was focusing on speed work as part of his preparation for the World Championships in Moscow from 10-18 August 2013.

Meanwhile, the 20 year-old Olympic athlete Anaso Jobodwana competed at the East Greensboro National Championships on 24 May in America. He has been going from strength to strength this season with his best performances of the season on Friday.

Jobodwana recorded 10.14sec in the heats and then improved the performance in the semi finals where he crossed the line in 10.10sec, edging closer to the SA record time of 10.06sec.

The promising athlete delivered an outstanding performance in the men’s 200m as well with a personal best of 20.13sec. This performance currently places Jobodwana third in the world behind Jamaican athletes Nickel Ashmeade and Warren Weir with times of 20sec and 20.11sec respectively.

At the Diamond League in a cold New York on 25 May, Sunette Viljoen, Cornell Fredericks and Mbulaeni Mulaudzi were South African athletes in action at the event. Mulaudzi competed in his first 800m event of the season after a hamstring injury kept him out for most of 2012.

Cornell Fredericks finished 8th in the men’s 400m hurdles in 50.73sec while the event also did not go according to plan for Sunette Viljoen. Viljoen managed a best of 57.87m at her second attempt.

While she says that the cold weather is no excuse for her performance, she is looking forward to the next Diamond League in Eugene on 31 May. 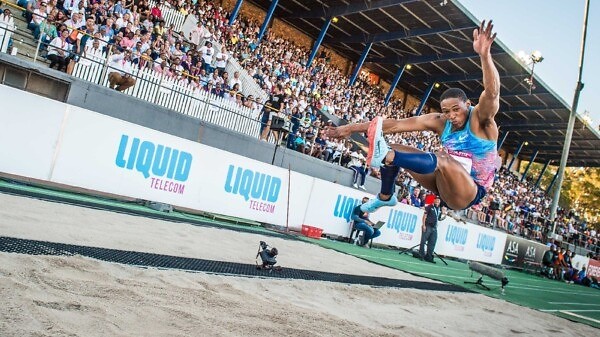 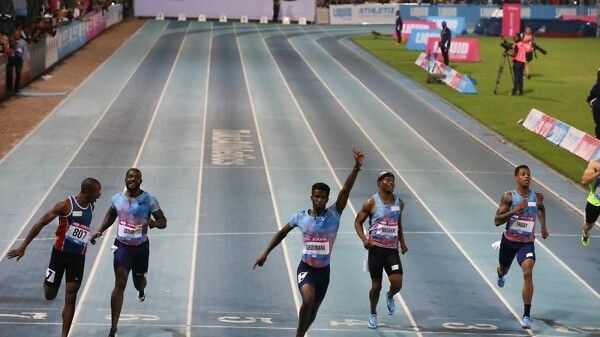 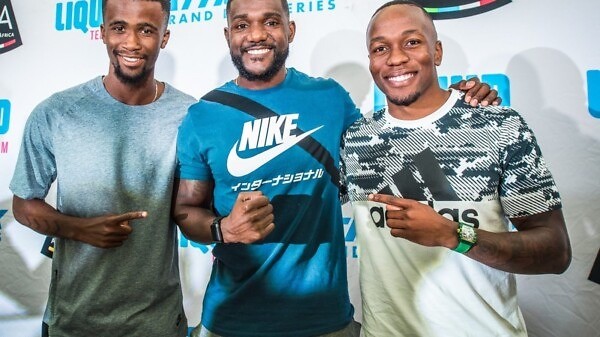 World 100m champion, Justin Gatlin (USA) and 2015 World Championship 200m bronze medalist, Anaso Jobodwana will face off for the third time in their...