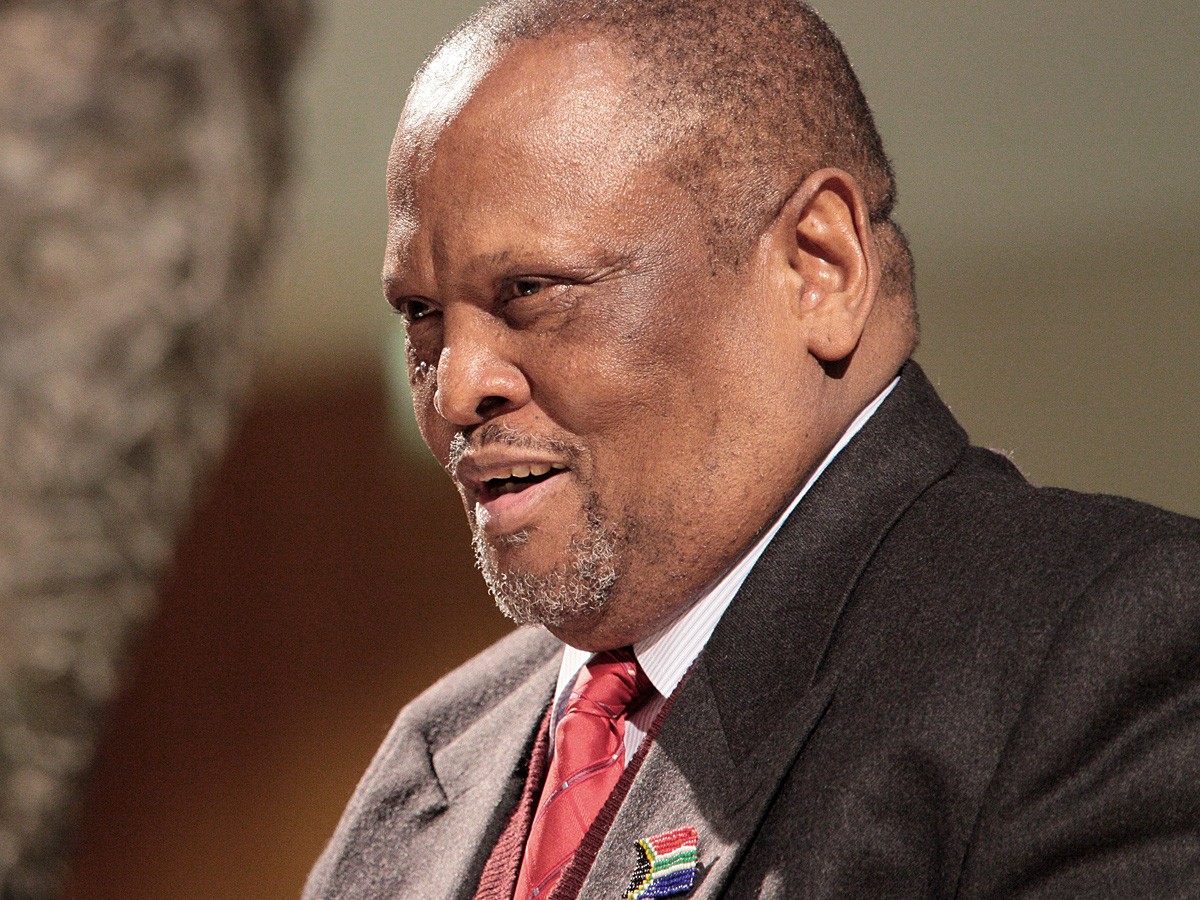 A long-time advocate of doping-free sport, Reverend M.A. Stofile was previously involved with WADA from 2004 – 2010, at which time he served on the Executive Committee and Foundation Board.

Here are the excepts as published in the Play True Magazine:

You began your term as WADA’s new Vice-President in January – how have you enjoyed your first three months in the role?

Dr. M.A. Stofile: It was exciting to know that at this stage in my career I could still contribute so much to the anti-doping effort. I appreciated the opportunity to step into this role, particularly as the nomination came from my home country and was supported by the African Union. It is also a challenge knowing that so much rests on your shoulders and there is so much that you hope to deliver.

The amazing aptitude these athletes have makes you wonder – who is disabled? Watching the Paralympians coming down the slopes and performing in a way an able bodied person like myself could only dream of, it was incredible.

I also had an opportunity to visit the WADA Athlete Outreach and Independent Observer teams in Sochi, both of whom demonstrated a wonderful spirit behind their work, and wonderful cooperation and motivation for the athletes, managers, WADA members, and of course the whole anti-doping system, too.

As a long-time advocate of anti-doping, does your current role give you the greatest opportunity yet to make an impact and deliver the changes needed?

Dr. M.A. Stofile: WADA has been a formidable organization which has made many strides in the fight against doping and I have been very impressed by WADA’s leadership since I joined [the Executive Committee and Foundation Board] in 2004.

I have been very impressed with the management and the leadership that WADA has given, both at the political level and the managerial level under David Howman. Of course, the range of technical committees – who are led by passionate scientists and activists – is impressive, because for every person behind the wheel there must be renewed focus and momentum in order to move forward.

From where did your passion and interest in anti-doping originate?

Dr. M.A. Stofile: When I was a schoolboy I used to run what was then called the 220 and 440 yards for both my school as well as the region. I don’t want to boast but I was no slouch on the track! I soon learnt that some of our competitors were taking tablets to boost their performance on the track, and also to aid injuries.

So I became aware of this reality on a daily basis as a schoolboy. Of course it offended me, and I can understand how athletes would get very angry at the cheats, because you run and compete in good faith only to notice that your competitors are assisted by substances.

From those early days I became more sensitive to the situation, and more passionate. By 1965 I was a Provincial Administrator for Sport, so this issue became more and more engrained in me.

You have juggled different roles in sport, politics and education throughout your career – have you always been ambitious to make a difference in these areas?

Dr. M.A. Stofile: As far as sports are concerned, in my youthful days my ambition was to perform better than all my competitors. Unfortunately I never got to be number one in South Africa, but I did manage to perform well at provincial competitions.

These performances didn’t reach the world standard but they at least changed something in me. I realized I had something which would enrich and satisfy me, something that would open doors to meet friends and to understand other people’s ambitions.

At the time I got involved in sports administration, I did not really want to be the secretary or the president, I wanted to represent my class or my province at the high level that I was asked to.

To represent the province at sport was a duty that I carried out on behalf of my constituency, and I always, I hope, succeeded in representing my country with great integrity. And I continued to progress from provincial to national leadership positions.

With education, I was endowed by God with a brilliance of mind. When I was in Matric, I was already teaching my classmates Mathematics and Physics because I felt I really had a skill with these subjects.

I was also very capable with English and Latin, and at University I majored in Greek and History. I was fortunate to be bestowed with these academic skills, and I always wanted to share them with others such as my classmates and students.

I once had a post with the Teachers’ Union, and it was at this time that I developed more of a political understanding. I started to know the real reason why we were playing rugby and cricket on a field used for animal grazing.

I started to understand why we had our own meetings in certain classrooms, and why there was generally so much disparity in the whole situation at that time. You would see the white kids with everything, and below them the kids of Indian origin and of course the African children.

All these things shaped the understanding my generation had regarding the political challenges in our country at the time. The situation made us all want to become more engaged to try and change the situation.

Where do you think we currently stand in the fight against doping today, and what are the key challenges that lie ahead?

Dr. M.A. Stofile: WADA has done a great job in very difficult circumstances. I remember in Athens in 2004 that cheating in sport was not only the crime of the athletes, but also the crime of the coaches and, in some cases, the crime of friends or relatives or even governments.

All these people need to take responsibility for this issue. The numbers of those getting caught is certainly increasing; even the big cheats in sport spend a great deal of time discussing their misdemeanors. That can only be a plus to WADA.

We also have a greater level of cooperation taking place between different stakeholders: the Sports Movement, the International Olympic Committee and of course the public authorities across the world. Unless we work together in this way, side by side, we will not succeed in catching the cheats.

It is also positive to see some of the pharmaceutical companies putting their efforts to assisting in the fight against doping, because until science consistently stays ahead of the dopers, we are not going to be entirely rid of a cheating culture. In this regard, more and more research is going to be crucial in order to sharpen our skills.

What needs to be done now, with the implementation of the Code, is the introduction of necessary rules in order to facilitate the process of implementing the Code. All countries and all NADOs and RADOs will need to work with WADA in establishing the legal framework.

Where do you think you can make the most impact in anti-doping?

Dr. M.A. Stofile: First and foremost, I would like to begin the task of leading the work WADA does with the governments of the world, and to encourage consistency in anti-doping efforts. I would then like to put my focus on the African region because I know that sports in that part of the world are not at the top of the agenda from a budgetary perspective.

She is a strong supporter of sport, and I think that together, bit by bit, we can put pressure to ensure that leaders of the African continent and governments show the encouragement needed for the sports movement and the scientists to bring about change.

I still believe that even in countries such as South Africa, Egypt, Nigeria or Cameroon, where you have very active scientists, we still need to undertake more research programs towards anti-doping.

Different people in different parts of the world have different views and priorities, and view anti-doping differently, but education is important. Education is my passion. I want to galvanize teachers, managers and coaches to drive this issue.

I know that the Code is not designed for everybody, it is designed for athletes that are of the national or international level, but I believe that a general basic education is a very good starting point.

Let us build the ethos, the search for morality in sport, the search of virtue and instill the values of clean sport in all athletes. If the children grow up in that kind of environment, we will have sent a good signal to the world.