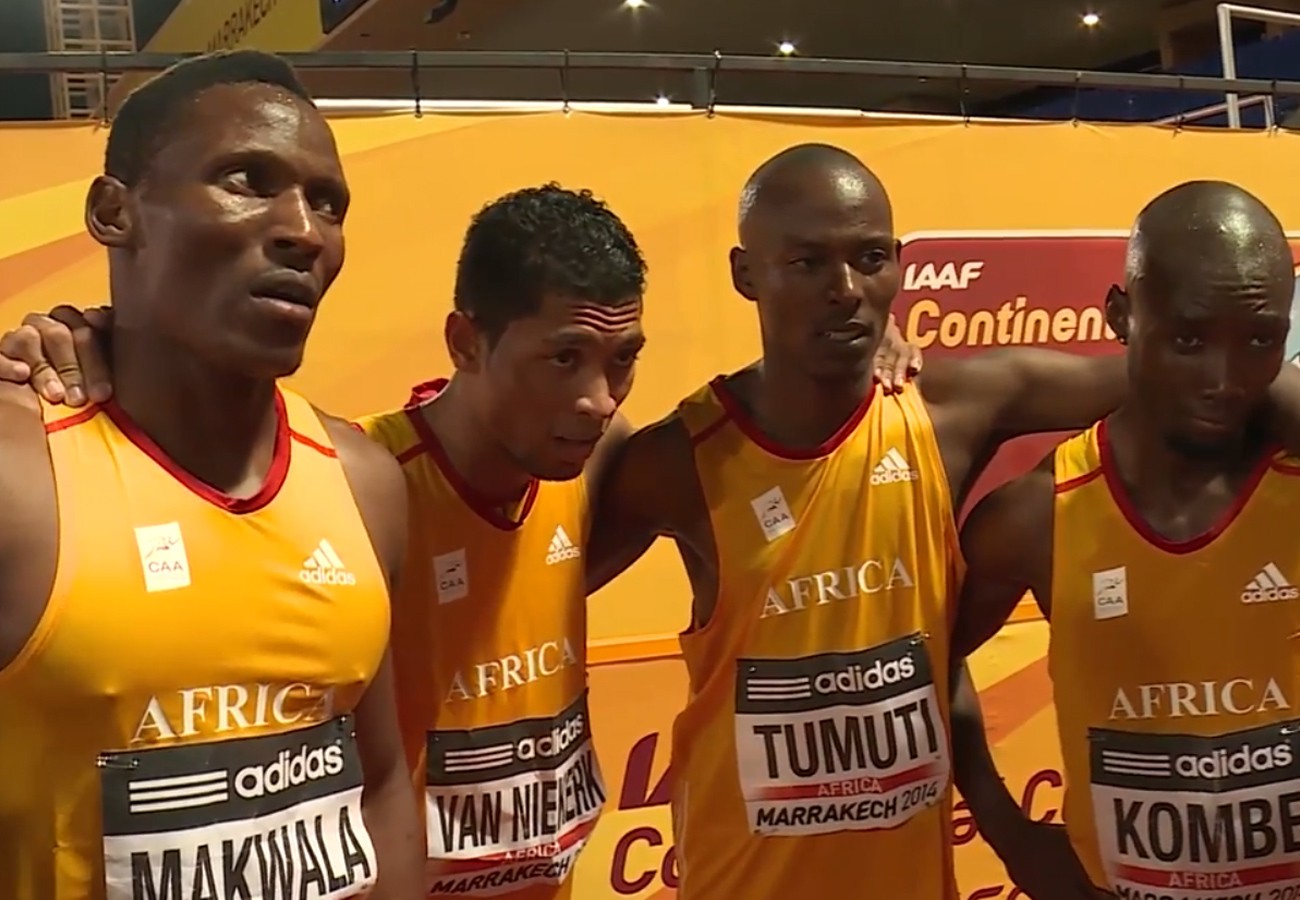 A stunning men’s 4x400m relay win ended a fantastic competition for Team Africa but was not enough to wrestle the title from Europe on the final day of the 2014 IAAF Continental Cup in Marrakech on Sunday.

Europe retained the Continental title  with a title point haul of 447.5. Americas finished second with 390 points with Africa third (339) and Asia-Pacific fourth (257.5).

The South African ran a gutsy anchor, holding off Briton Martyn Rooney, the European champion, to win in 3:00.02, just 0.08 ahead of Europe. World 400m champion LaShawn Merritt for the Americas overtook Japan’s Julian Jrummi Walsh of the Asia-Pacific to take the third spot.

He led from the outset, opening with 81.77m before unleashing his winning throw of 85.44m in the second round. World champion Vitezslav Vesely placed second with 83.77m while Olympic champion Keshorn Walcott Walcott and Kenyan [link id=”260″ tax=”post_tag” text=”Julius Yego”] finished third and fourth with 83.52m and 83.06m respectively.