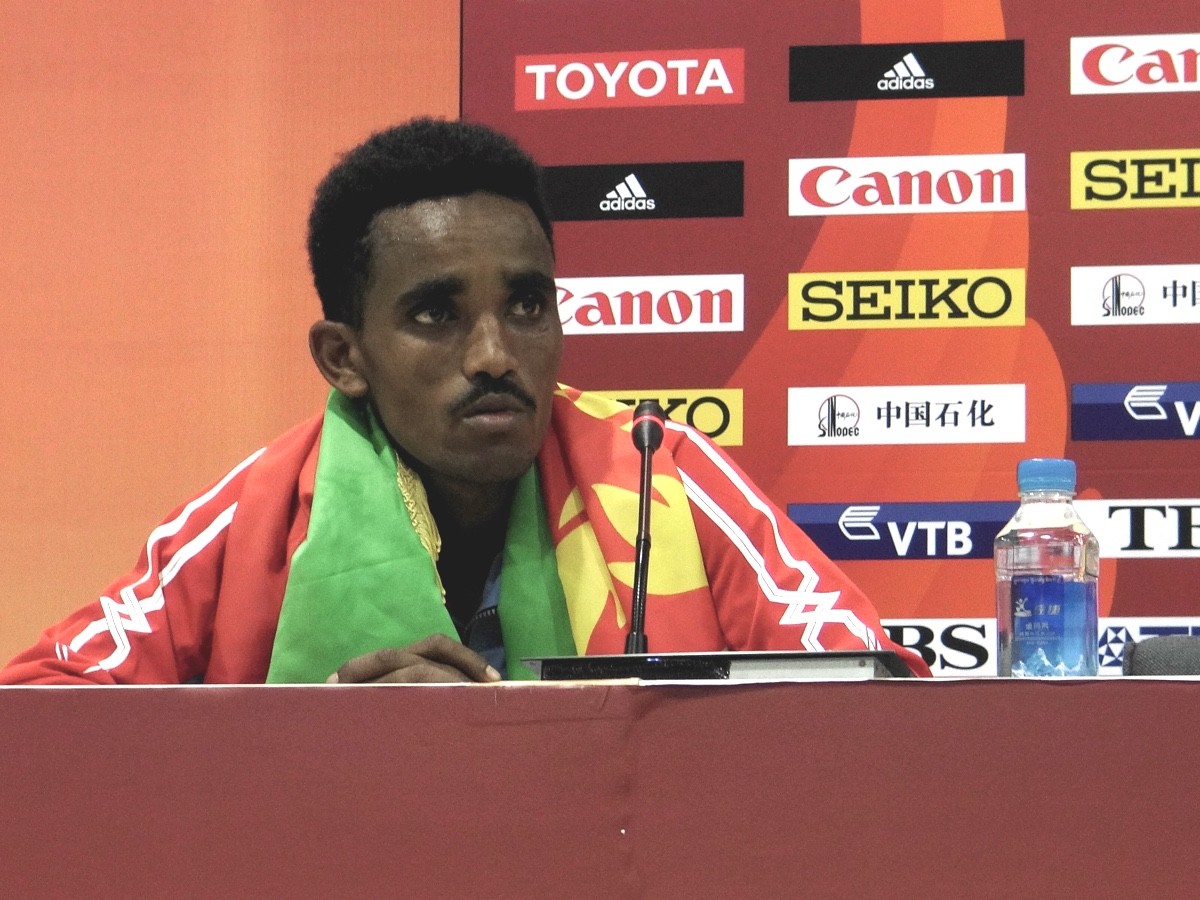 The 19-year-old became the youngest ever winner of a road event at the IAAF World Championships and the first Eritrean athlete to win a gold medal at the world championships.

Defending champion Kiprotich was sixth in 2:14:43 while pre-race favourites Kimetto and Kipsang once again disappointed after they failed to finish the race in the Chinese capital.

At the press conference afterwards, Ghebreslassie said: “I thank my manager and the officials of my federation who supported me and gave me the chance to qualify for these championships.

“It’s the first (World Championships) gold medal in Eritrean history and it’s very special for me. It gives me motivation to continue hard for next year’s Olympic Games in Rio de Janeiro.”