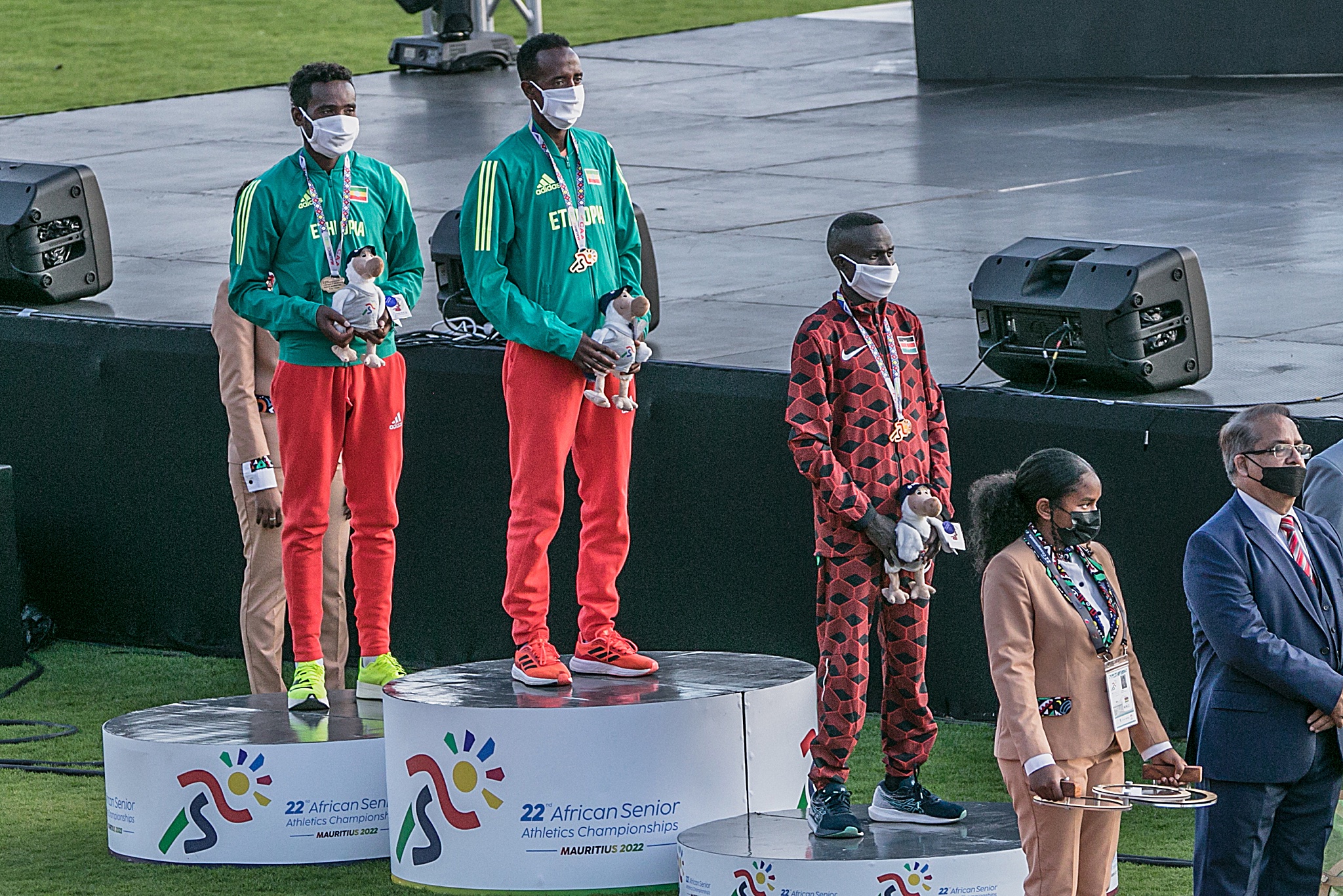 Abraham Mogos Tiumay led an Ethiopian 1-2 to claim the men’s 10,000m title on the first day of competition at the 22nd African Athletics Championships in Mauritius.

The 25-year-old newcomer won in a time of 29:19.01 to take the first gold medal of Mauritius 2022 at the Cote d’Or national sport complex on Wednesday night.

His compatriot Gudeta Chimdesa Debela took the silver medal in 29:22.74 to join him on the podium, with Kenya’s Abraham Longosiwa taking bronze in 29:23.02.

Kenya’s Julius Kipkwony was fourth in 29:24.41 while Ethiopian Mulat Bazezew Gebeyehu finished in fifth place with 29:34.51.

South Africa claim victories in the other two finals decided on the opening day of competition.

All set for 100m final showdown

Elsewhere, the big names progressed through the first round and semi-finals of the men’s and women’s 100m.

Reigning champion Akani Simbine of South Africa and Ferdinand Omanyala of Kenya both won their semi-finals.

Africa’s fastest man Omanyala has a world-leading time of 9.85 seconds in 2022 and the 26-year-old was fastest across the three semi-finals with a time of 10.07.

Gambian Gina Bass established a new personal best in the women’s semi-final, running in 11.08, same as South African Carina Horn, who looks good through the rounds.