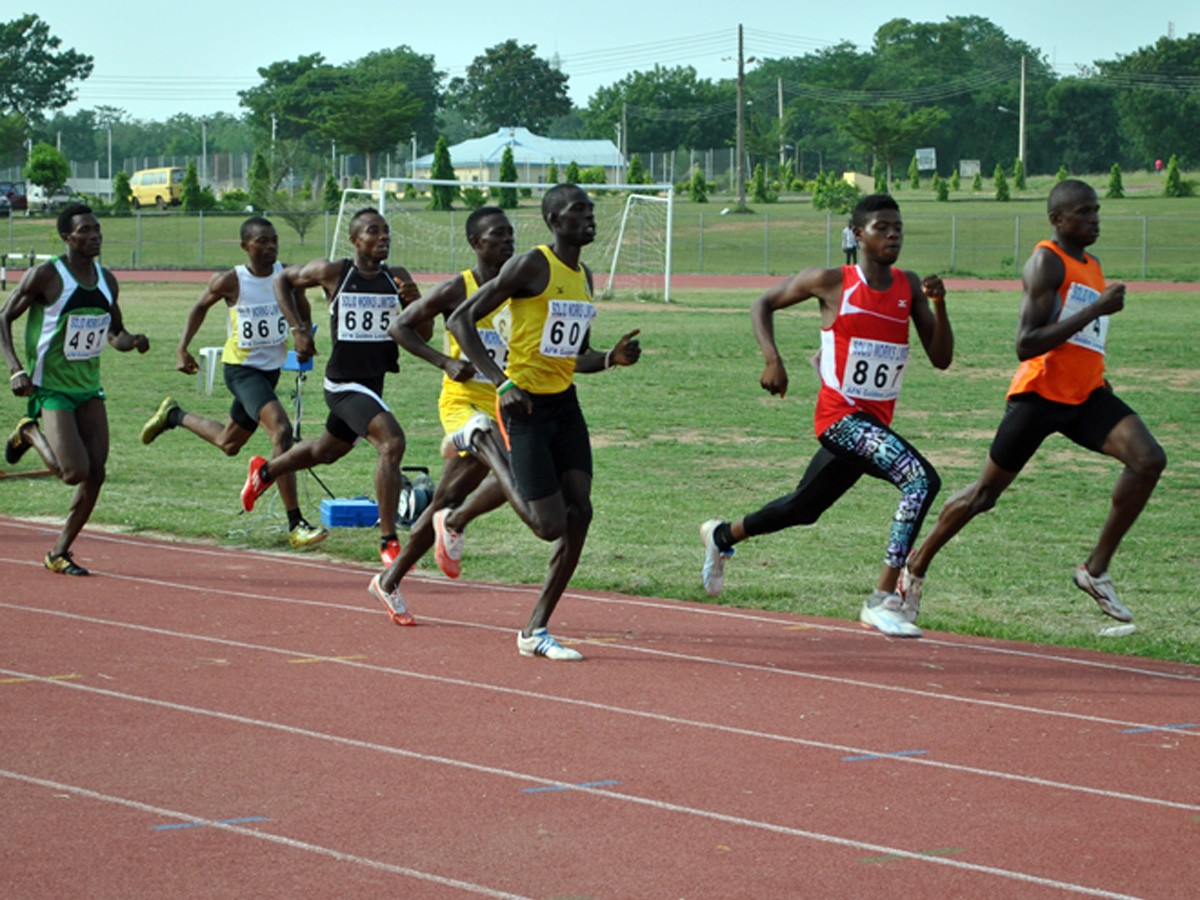 A handful of fairly impressive performances were over the weekend recorded in the third leg of the Athletics Federation of Nigeria /Solid Works Golden League held inside the University of Benin Sports Complex in Benin City, Edo State, Nigeria.

The new track sensation on the home-front and 400m Women hurdler, Kemi Adekoya continued her steady rise as she raced to a new personal best time of 56.02 seconds in the 400m Women’s Hurdles event.

Adekoya who had won the previous two legs in Sagamu and Port Harcourt with slower times of 57.34secs and 57.19secs told AthleticsAfrica.com she was happy to have made the B standards for the World Championships and promised to make the A standard possibly in the next leg of League in Ilorin, Kwara State.

“I can see that my performance in every leg of the Golden League is improving; at least today (Saturday) I ran my personal best in 400m Hurdles and am so happy I met the B standard of the World Championship.

“I believe I can meet the A standard maybe by the next leg of the Golden League. I know with God by my side I can do it,” Adekoya  said.

Nwaogu Ann and Balogun Folake finished 2nd and 3rd behind Adekoya with the time of 58.42sec and 58.53sec respectively in the women 400m Hurdles to also jointly qualify for the AFN largesse which pecks the standard for prize monies in the event at a finishing time of 59.04secs.

In the women’s Triple Jump Blessing Ibrahim came tops with an unimpressive 13.01m having leapt further in the earlier legs in Sagamu and Port Harcourt.

In the Women’s Hammer event Queen Obisesan continued her dominance and continuous inch towards breaking the national record with her throw of 61.29m under the heavy rain which halted proceedings in Benin on Saturday.

Visibly impressed by the improved performances of some of the athletes on parade, Technical Director of the AFN Navy Captain Omatseye Nesiama said the objective behind the setting up of a Golden League for the local-based athletes is gradually being achieved even as he charged the athletes to equally work harder to break new grounds.

“We can see improvements in the athletes with each of the legs and we hope they can continue like that. The AFN Technical Director remarked

Navy Commodore Nesiama said he wondered why the athletes were hitherto complaining of the AFN standards as it is now obvious that with a little more hard work they will not only make but surpass the standards that were merely put in place to spur the athletes to greater performance.