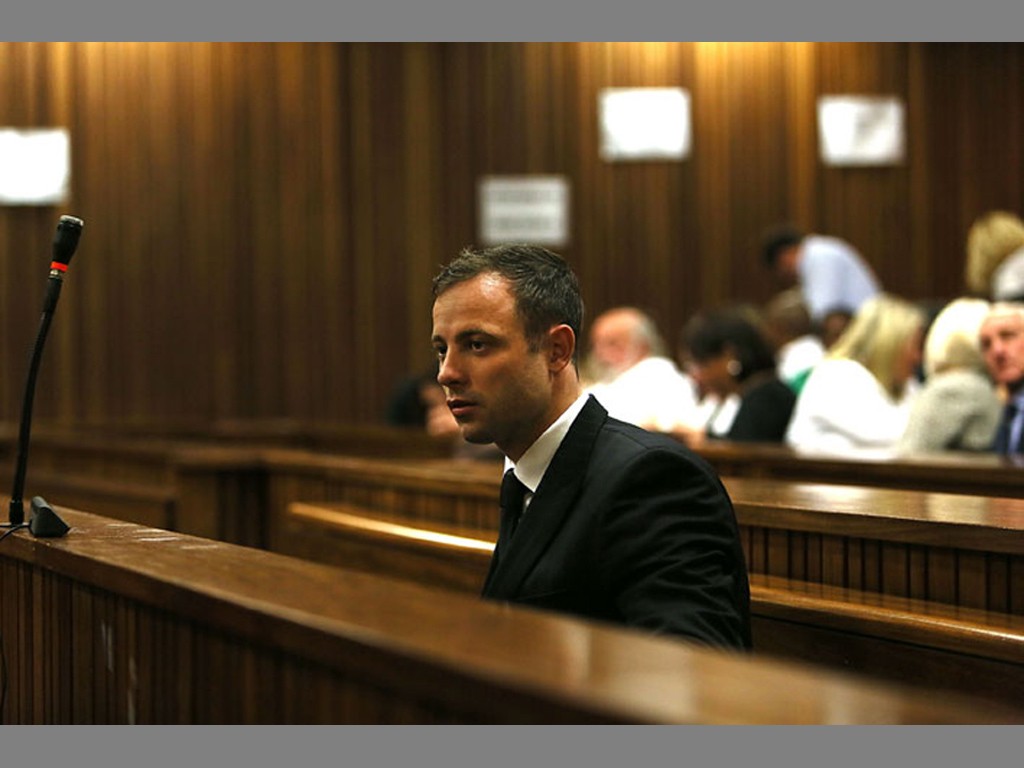 Oscar Pistorius in the dock at his Trial in Pretoria / Photo credit: Alon Skuy/Times Media Group

After earlier clearing him of murder in her ruling yesterday, Judge Masipa found him guilty of culpable homicide for negligently causing the death of his girlfriend Reeva Steenkamp in 2013.

“The unanimous decision of this court is the following. On count one murder…the accused is found is not guilty…instead he is found guilty of culpable homicide,” she said.

“There is no basis for this court to make the inference that the accused wanted to kill the deceased. The conduct of the accused shortly after the incident is inconsistent with someone who had wanted to commit murder.”

Judge Masipa initially asked the 27-year-old athlete to stand up before she handed down her verdict. He stood up with his hands folded in front of him. He looked straight at Masipa and did not show any emotions when she said he was guilty of culpable homicide.

His family also showed no reaction. The only sound in the court was that of reporters hastily typing the verdict.

Meanwhile [link id=”391″ tax=”post_tag” text=”Oscar Pistorius”] bail had been extended till the next hearing at the High Court in Pretoria on October 13.

“I have considered the submissions by council… the onus is on the State to persuade this court it was not in the interest of justice that the accused bail is extended. I am not so persuaded,” Judge Masipa added.

Pistorius was accused of murdering his girlfriend Reeva Steenkamp in his Pretoria townhouse on Valentine’s Day last year.

He shot her through the locked door of his toilet, apparently thinking she was an intruder about to emerge and attack him. She was hit in the hip, arm, and head.

Masipa said evidential material before the court showed that Pistorius acted negligently when he fired into the toilet door, knowing there was someone behind it.

“It cannot be said that the accused did not entertain a genuine belief that there was an intruder in the toilet who posed a threat to him,” she said.

“It could not be said that he foresaw that either the deceased or anyone else for that matter might be killed when he fired the shots at that door.”

When Masipa announced her verdict Steenkamp’s father Barry leaned forward and laced his fingers on the edge of the public gallery. Her mother June showed no emotion.

Steenkamp’s friends started crying. Her cousin Kim Martins was being consoled by her husband as she sat looking down after Judge Masipa verdict.

Members of the Steenkamp family looked at Pistorius when he stood up. Steenkamp’s friend Gina Myers started crying and was consoled by her mother Desi and sister Kim.

Afterwards Pistorius sat down and stared straight ahead. One of his aunt’s, seated in the front row, briefly closed her eyes and her lips moved as if she was praying.

He was also acquitted on charges of illegal possession of ammunition and one of the charges on the illegal discharge of a firearm in a public place.

But he was found guilty on the illegal discharge of a firearm in the restaurant Tashas in Melrose Arch, Johannesburg in January 2013. 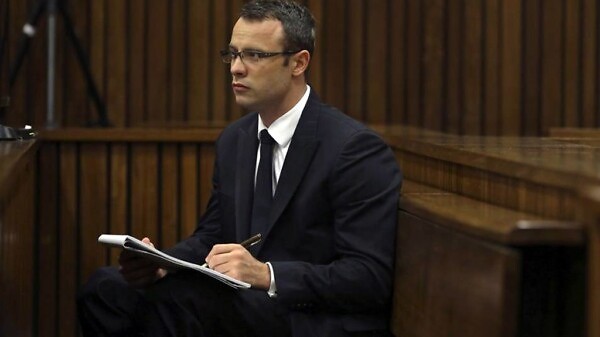 Oscar Pistorius was negligent, but not guilty of murder – Judge

Oscar Pistorius was negligent when he fired four shots into a toilet cubicle that killed his girlfriend Reeva Steenkamp, Judge Thokozile Masipa said on...