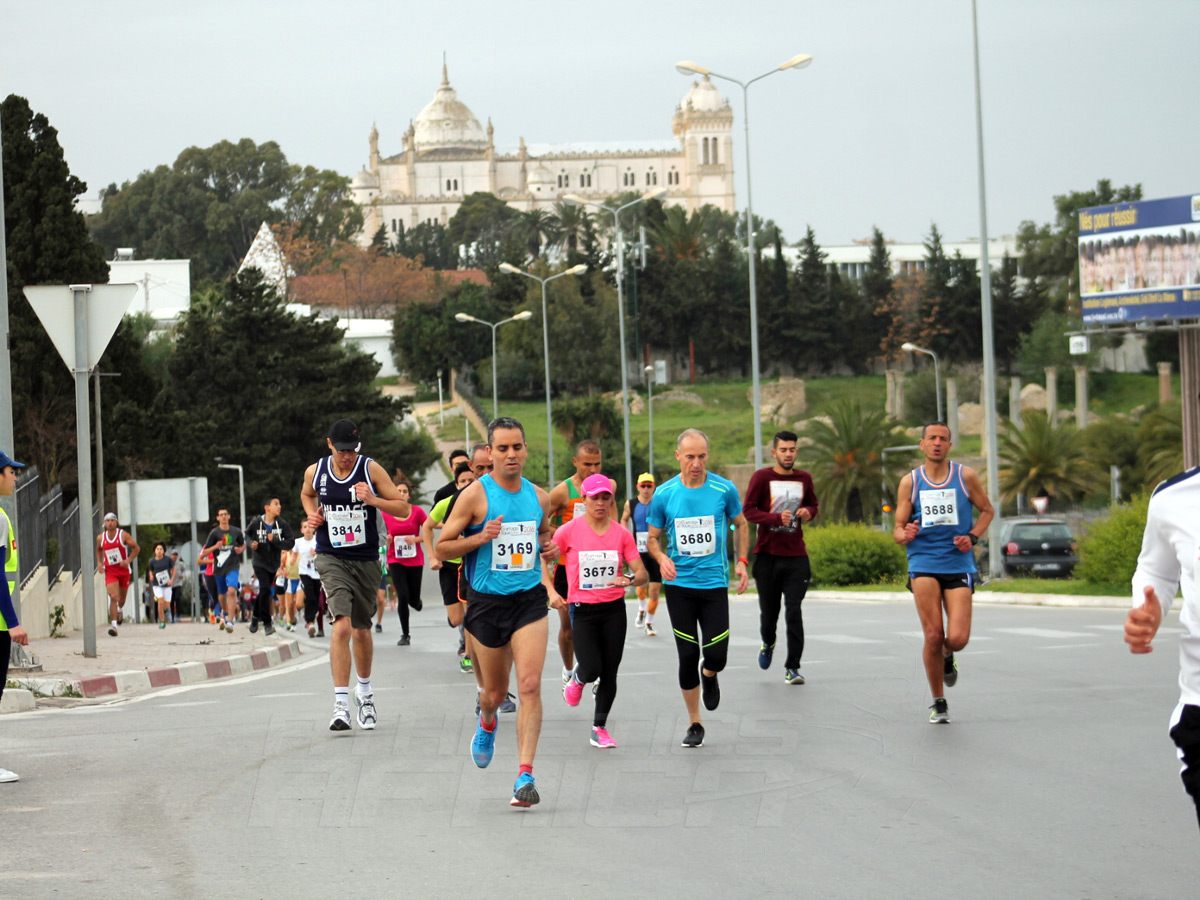 The second edition of the Carthage International Marathon Race has come and gone but the glitz and glamour which heralded the unique race is still making headlines across athletics circles; especially in Tunisia.

Many described the Carthage International Marathon Race as another big plus to sports in the Mediterranean. As stated by the organisers, the primary objective or the Marathon race is and remains to develop international tourism in [link id=”816″ tax=”category” text=”Tunisia”] through sport.

Given the political context of recent weeks and months, the number of participating runners was lower than expected. 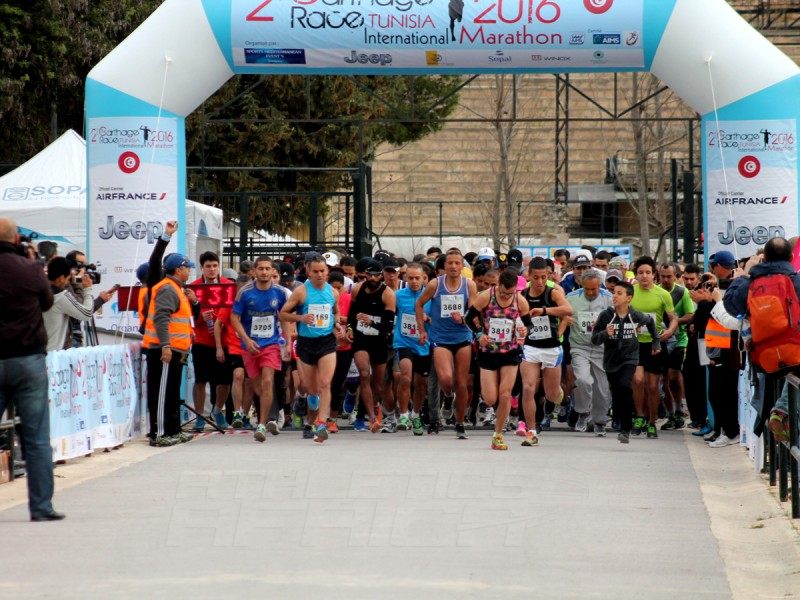 The [link id=”886″ tax=”post_tag” text=”Carthage International Marathon Race”] took place on February 28, 2016 and despite the challenges, Mr. Naâmen Bouhamed, S.M.E. President and CEO, whose beliefs are based on its Franco-Tunisian entrepreneur courses and Foreign Trade Advisor for France, said he remains motivated to keep pursing the course of rightly placing Tunisia and indeed Africa on the sports and tourism map of the world.

Among other things, this year’s race had an increased presence of the local and international media.

For the foreign media; the Dubai TV, professional photographers French journalists were all in town to further confirm the interest for this dynamic development. 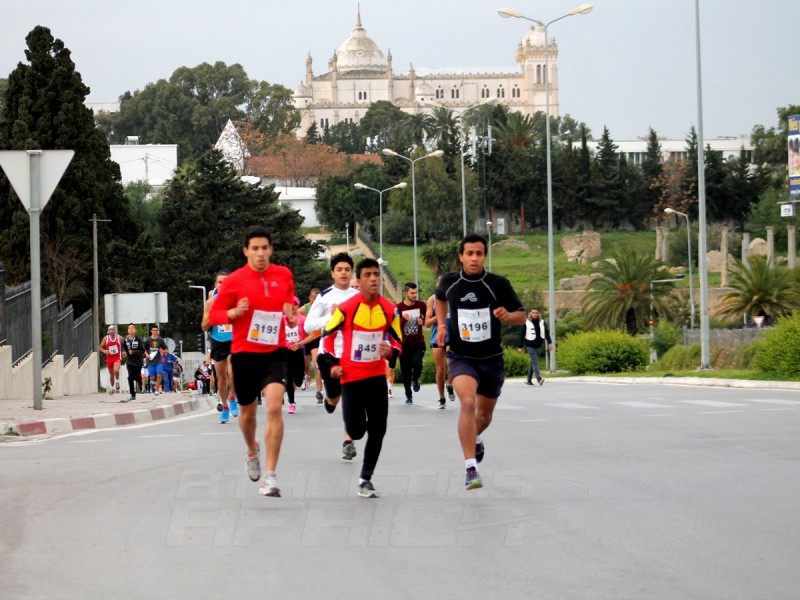 From a racing point of view, the plots of the different tests, measured, approved and certified IAAF-AIMS have brought athletes to discover or re-discover the wealth of Carthage archaeological heritage and the authenticity of its environment.

It’s both very green and offering its peak a panorama to 135 ° on Mediterranean Sea (point near the Grand Mosque Malik ibn Anas, the St. Louis Cathedral Carthage, built in 1890 in honor of St. Louis died before Tunis in 1270 of Byzantine-Moorish style).

On Friday 26 and Saturday, February 27, the riders discovered – during their withdrawal bib or registration – the Roman theatre and its famous arenas available for this unique event in Tunisia by the Implementation Agency in Value of Heritage and Cultural Promotion Tunisia.

The trails have been designed according to two priorities: first was to showcase a colorful display with the crossing of the major monuments in Carthage Theatre Roman Carthage (starting point), Ibn Malek Mosque Nas, the remains of the Basilica of El Damous Karita, the mythical village of Sidi Bou Said, the tanks of the Malga and the transition to the Presidential Palace.

Secondly, it also offer quality technical and demanding race with a regular floor asphalt and uneven forcing the runners to deploy good quality management of their effort. 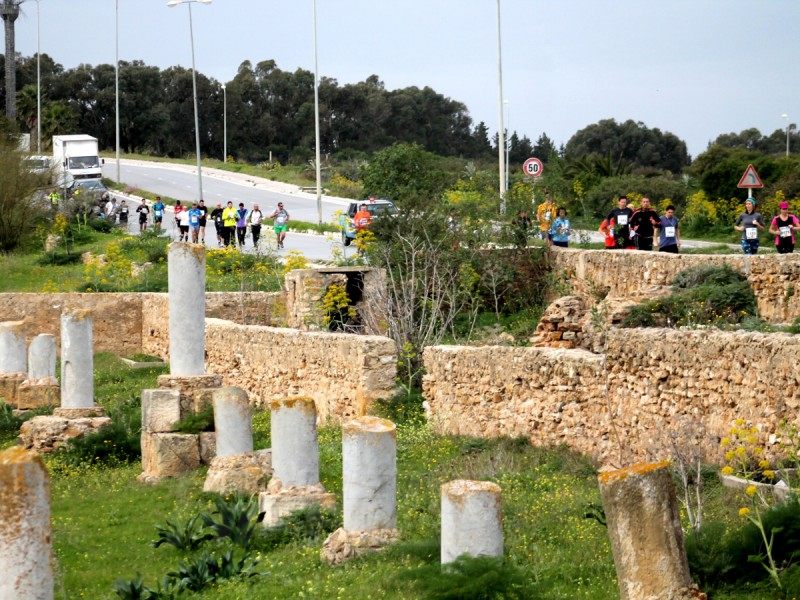 Speed ​​and anticipation of physical effort were necessary to ensure complete management of the race for the 42,195 kms as for the Half Marathon.

On departure day, Sunday 28 February, the atmosphere was special. The nobility offered by the framework of the theatre was there for many, the concentration of the riders also.

The start was given at 09:00 with a very favourable weather: a slightly cloudy with a felt 11 °. The runners were able to concentrate on their race, gauge their effort as they progress to without having to regardless of heat.

At the security level, Sports Event’s Mediterranean could count on the support of all the local authorities and the police services.

The Police secured the circuit for more than 5 hours. Men were stationed in the fraction intersections, motorized teams (cars and motorcycles) framed runners during the tests. Then organisers also relied on the help of 250 volunteers and mailed racing judges throughout the circuit.

On the medical, first aid teams provided the rotation and doctors and a fixed health post were based sports village. In all, it was another success race and much more is being planned in the months ahead.

For all other results, e.g the half marathon, please check the complete results below: 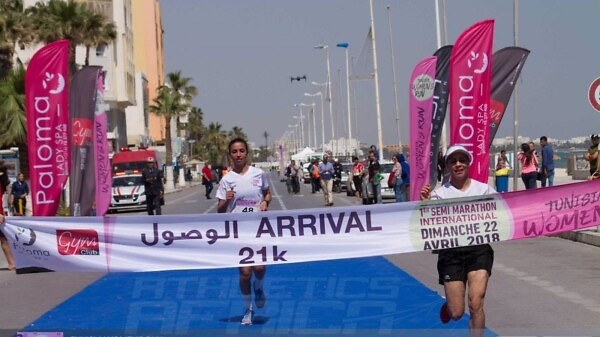 The journey of a thousand miles starts with a step and that big step to make the newly introduced Tunisia Women Run an internationally... 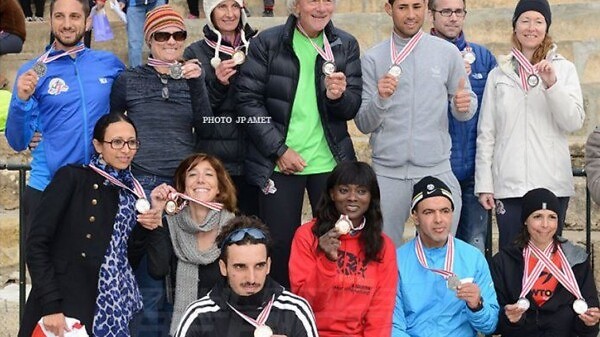 Top marathon runners from over 30 nations are expected on the starting line for the 4th edition of The Carthage Race 2018 International Marathon...