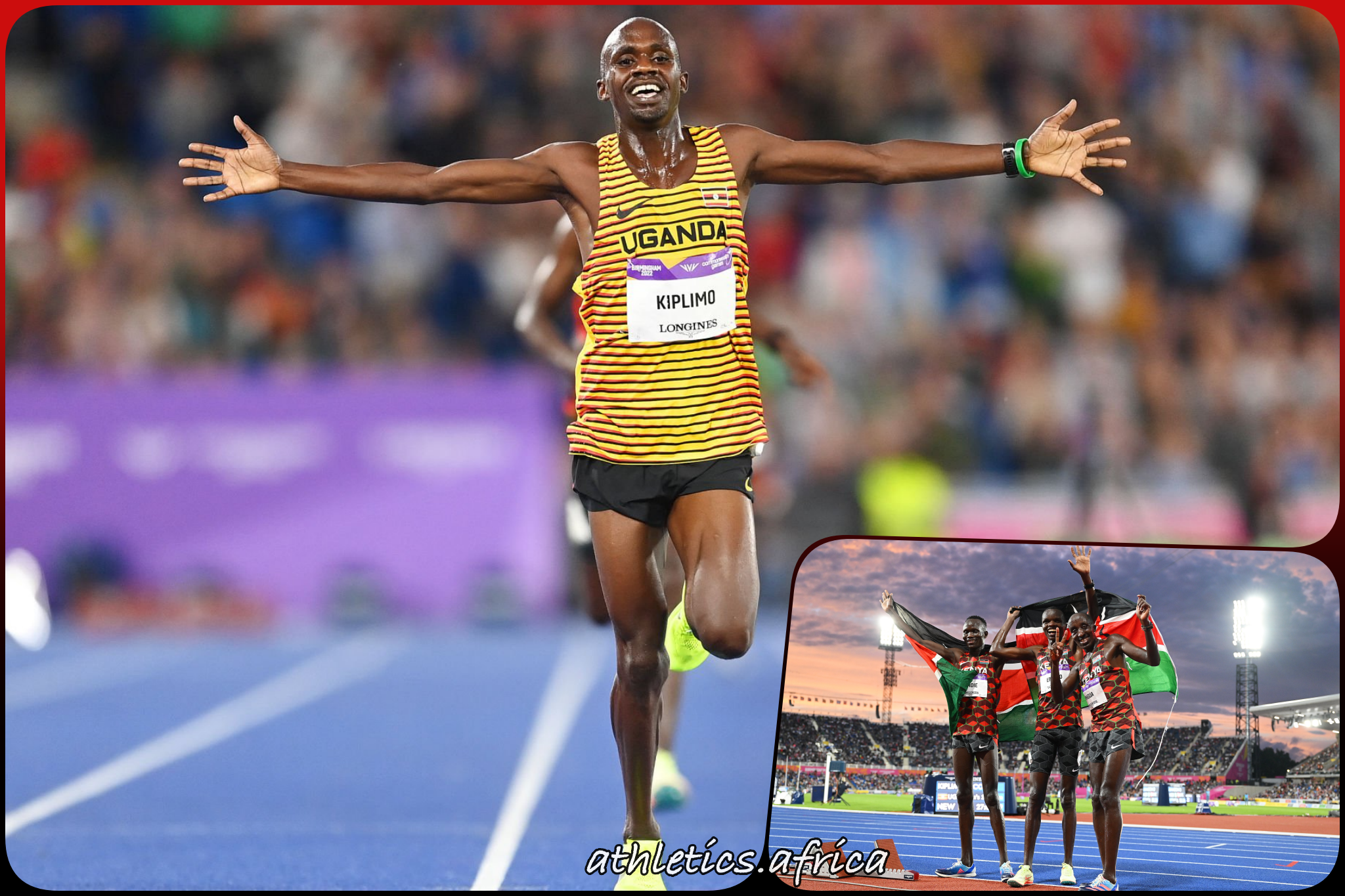 Jacob Kiplimo of Team Uganda celebrates winning the Gold medal as they cross the finish line in the Men's 10,000m Final on day five of the Birmingham 2022 Commonwealth Games at Alexander Stadium on August 02, 2022 in the Birmingham, England. (Photo by Michael Steele/Getty Images)

Uganda’s Jacob Kiplimo used a devastating late kick to win the men’s 10,000m gold at the 2022 Commonwealth Games in Birmingham on Tuesday evening, stepping up in the absence of world champion Joshua Cheptegei to maintain the East African country’s domination of the event.

The Kenyans controlled the pace through much of the race until Kiplimo and Ebenyo broke free of the pack to reduce the battle for gold to a two-man fight with two laps to run.

Kiplimo found another gear after the final bend, pulled away from Ebenyo hands raised with enough energy to dance in delight as he crossed the line to win gold in a Games record time of 27:09:19.

“I think for me winning this Commonwealth Games title was everything, the most important thing for me this season,” said Kiplimo after winning the title. “But I still have a lot of things to do in the future at the Olympics and world championships.”

Kiplimo said he took inspiration from being in the crowd when compatriot Victor Kiplangat won the men’s marathon on Saturday.

“It was great seeing my brother from my country winning the marathon, that was fantastic because when I was there [the response from the crowd] was amazing, a big influence.”

Kenyans occupied the other two spots on the podium with Daniel Ebenyo securing silver with a time of 27:11:26 and Kibiwott Kandie taking the bronze in 27:20.34.

With Kiplimo’s superb victory, Uganda have now won the men’s 10,000m at every Commonwealth Games since 2006.

It was also a big night for Nigeria, with gold and bronze in the women’s discus after Chioma Onyekwere triumphed with a throw of 61.70m ahead of England’s Jade Lally and Obiageri Amaechi.