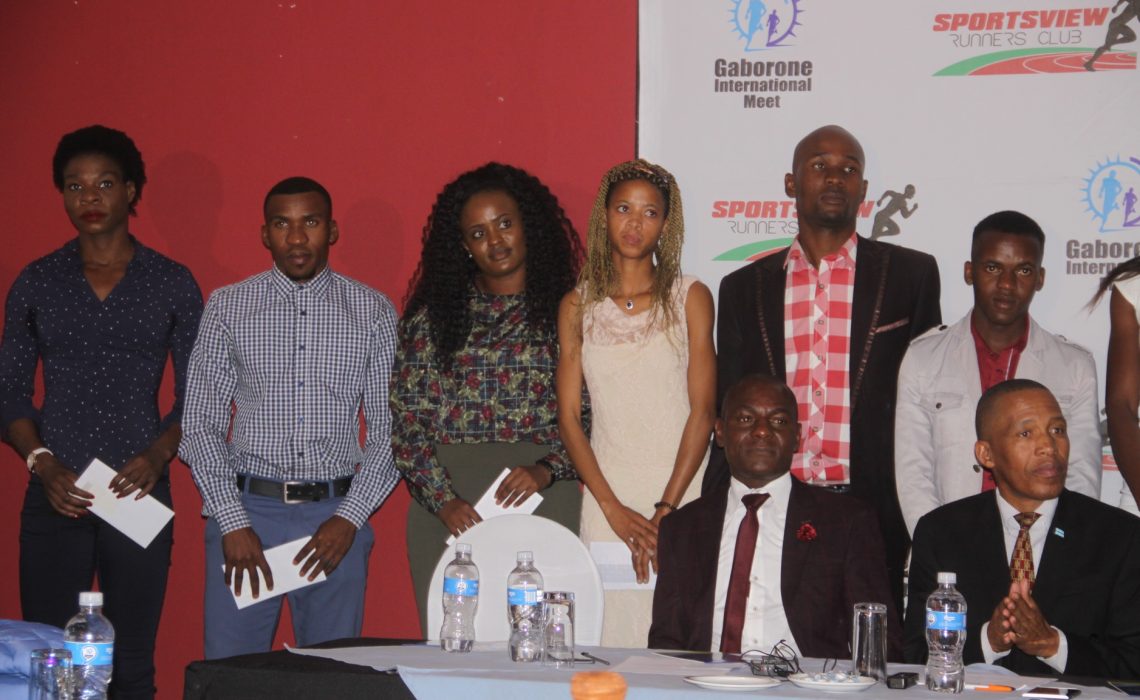 Speaking during the launch, The GIM board chairperson, Mr Glody Dube said local athletics has reached a level where it is recognised at the international level.

“As people who are involved in athletics, we should work together and protect this industry that we love so much. We should be jealous over it and make sure that it is safe all the time,” Dube said.

The Guest Speaker, who is the Deputy Permanent Secretary in the Ministry of Youth Empowerment, Mr Mogomotsi Kaboeamodimo said his ministry remains available to assist entities that embark on initiatives that augment sport development mandate.

He said such initiatives leads to the success stories of athletes that continue to write through out the world.

“The Botswana National Sport Commission (BNSC), Botswana Olympic Committee (BNOC) and Botswana Athletics Association (BAA) cannot afford to be the only once that assist the Ministry is moulding our athletes and ensuring that they are ready for the world of athletics,” Kaboeamodimo said.

He said the international world of sport has taken note, with podium finishes by local track and field athletes. He gave an example of exceptional performances at the 21st CAA African Senior Athletics Championships that were held in Asaba, Nigeria from 1-5 August.

“Our stars, the likes of Nijel Amos, Baboloki Thebe and Christine Botlogetswe made their counterparts to feel their presence. Now the next stop is the IAAF Continental Cup in Czech Republic,” he said.

Kaboeamodimo said the launch was paving way to prepare for the GIM 2019.

“When hosting such events, we put ourselves on the spotlight. The public and partners expect us to do things right. It is incumbent up on the organisers to ensure that the event is not tarnished by international squabbles and misuse of sponsorship funds,” he said.

Kaboeamodimo said the organisers could attract strategic partners if everything they do is above board.

During the launch, the event organisers paid off appearance fees for the GIM 2018.

Mr Calistus (Khalistus) Kolantsho is a Gaborone-based journalist at The Monitor / Mmegi Sport in Botswana. Calistus, also known as 'Big Daddy' won the Print Sports Journalist / Reporter of the Year category at the 37th Botswana National Sports Commission Sports Awards in 2017. He's also the head of publicity for the annual Gaborone International Meet.