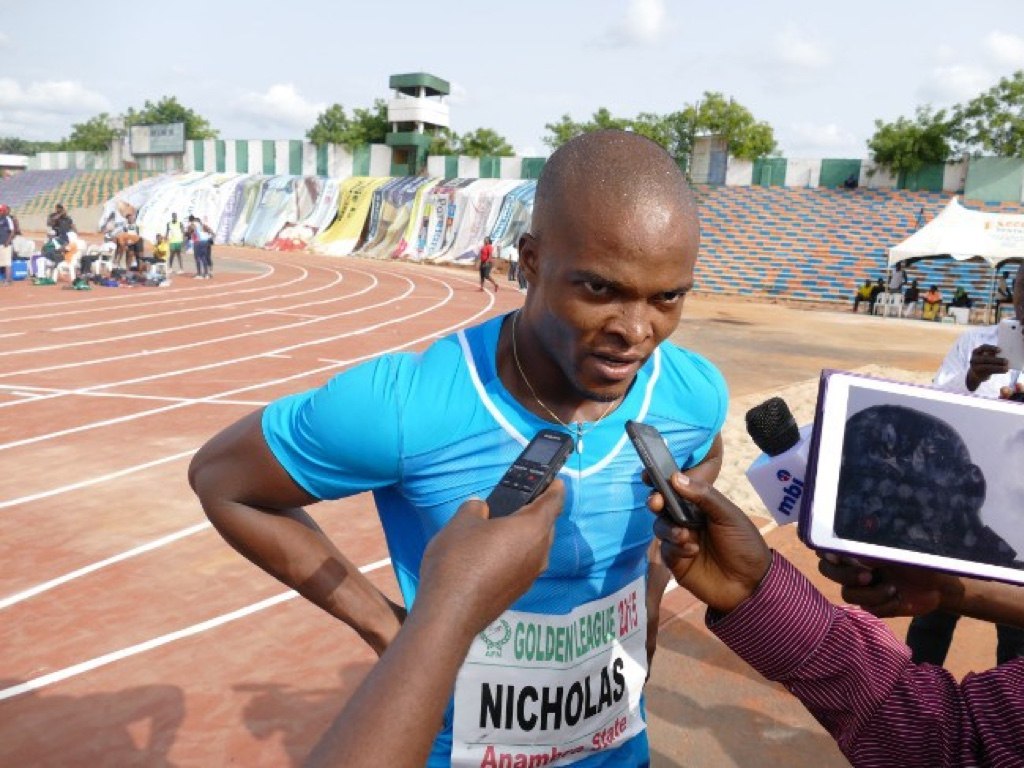 Nicholas Imhoaperamhe speaking with the media after the race in Oba - AFN Golden League 2015 / Photo: Making of Champions

Imhoapermhe stormed through the race in a season’s best time of 10.23 ahead of African Junior Champion, Divine Oduduru, who finished second in 10.37, and Tega Odele who was third in 10.50.

After the race, Imhoapermhe said: “I am excited because 10.23 is my season’s best though it did not qualify me for the IAAF World Championships, but with the two legs remaining, I hope to nick 10.16 secs required for my qualification.”

In other races at the AFN Golden League in Oba, Erayokan Orukpe won the men’s 400m in a season’s best time of 46.28, while Oluwatosin Adeloye clocked 52.70 to beat African Junior champion, Praise Idamadudu to claim the women’s 400m win.

Chinazom Amadi soared past Commonwealth and African Long Jump gold medallist Ese Brume to win the women’s long Jump with a distance of 6.16m. Brume settled for second with a best distance of 6.06m.