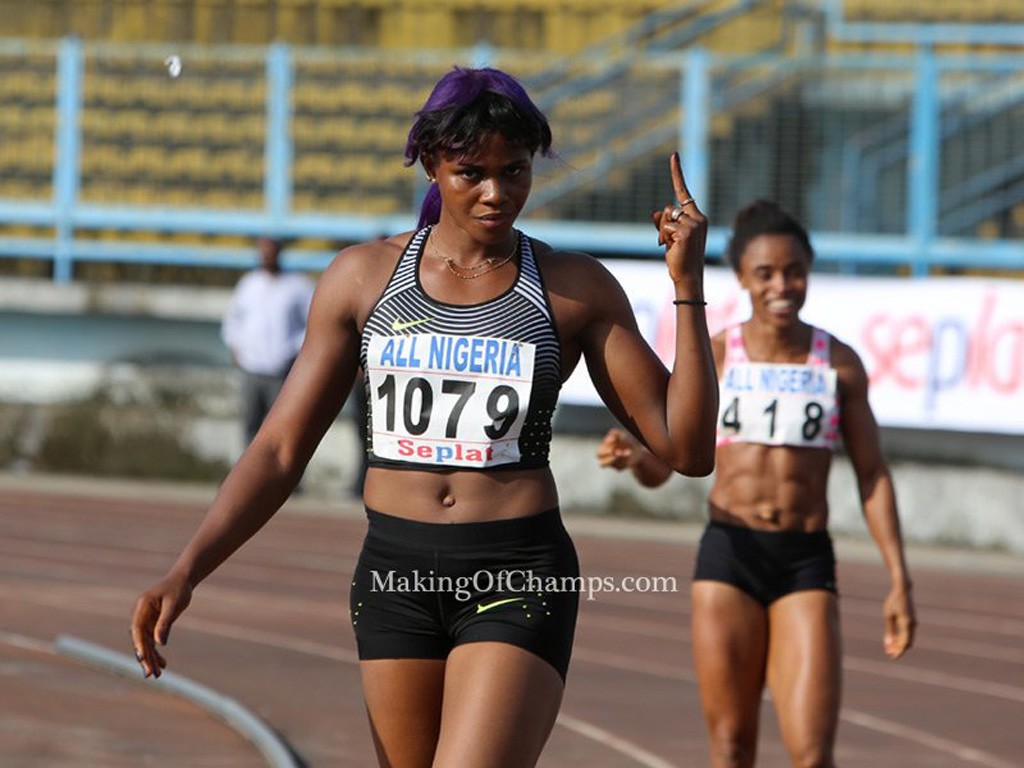 Blessing Okagbare returned after a year’s absence to the reclaim the women’s 100m title with a season’s best 11.02 seconds on day 1 of the All-Nigeria Championships in Sapele, Delta State.

Blessing Okagbare, who missed the 2015 All-Nigeria Championships won by Gloria Asumnu in Warri,  cruised through her semi-final race for victory in 11.22 seconds.

Peace Ukoh edged defending champion Gloria Asumnu to the silver medal in 11.37 seconds with Asumnu settling for the bronze medal in 11.38 seconds.

Emmanuel Gyang took the men’s 5,000m national title in a time of 14:52.75, followed by Stephen Joshua and Solomon Yilbam in second and third positions respectively.

American-born Antwon Hicks broke the 13-year-old ‪Nigerian record‬ in the men’s 110m Hurdles, powering home in 13.27 seconds to erase the 13.42 seconds mark set by Williams Erese in Italy in 2003.

“All year, I have been beating it (Olympic standard) but it didn’t count because the results have been windy,” said Hicks after finally hitting the Olympics standard that qualifies him for Rio 2016.

“This was one of my last races to get it done and I am happy I have done just that and also set a new national record. I’m pretty sure this time will be among the top 20 times in the world at the moment.”

The 2016 All-Nigeria Championships also doubles as the Olympics Trial for selecting the Nigerian athletics team to the Rio 2016 Olympics.