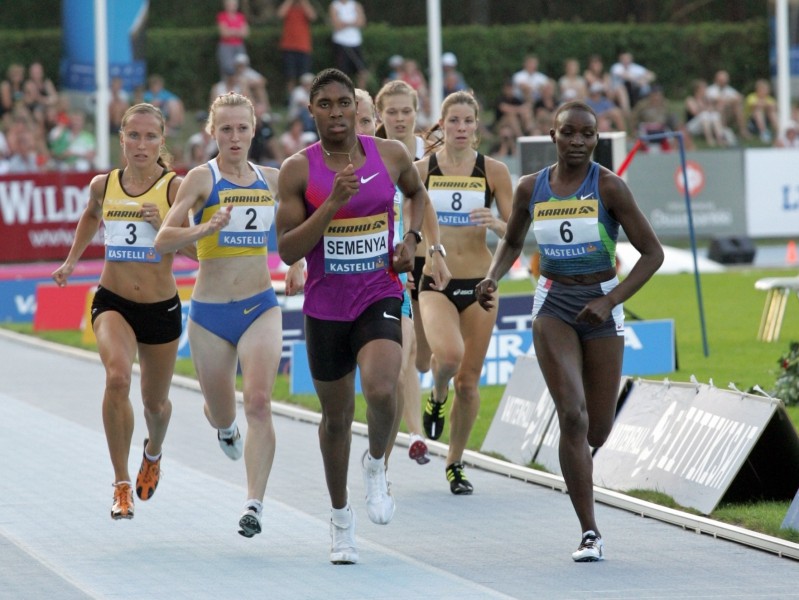 Semenya underwent surgery to her right knee for a long-term injury earlier this year and [link id=”6757″ text=”failed in her last-ditch attempt to qualify” target=”_blank”] for the 2013 IAAF World Championships held in Moscow in August.

“My coach said I have to focus more on winning and breaking the world record soon, but I have to go through training first,” Semenya said in Pretoria on Tuesday.

It is more than two seconds slower than the 1:53.28 world record set by Czech athlete Jarmila Kratochvilova over 30 years ago.

In her second attempt, also in Finland, to qualify for the world champs, she clocked 2:04.48 at the Savo Games – 4.48 seconds outside the qualifying standard.

She did, however, demonstrate she was back to her best with a dominant run at the Rieti World Challenge in September with a time of 1:58.92.

“I am very happy with what I’ve done in training over the last two months and going under two minutes shows I have a talent. I just need to maintain it,” she said.

Semenya, the 2009 world champion and 2012 Olympic silver medallist finished the two-lap race far ahead of runner-up Nelly Jepkosgei of Kenya, who crossed in a personal best 1:59.40.

While Semenya was disappointed about not qualifying for the world championships, she said it was a blessing in disguise as it gave her time to fully recover from the injury she picked up as a child.

“We had to work on my right knee muscle. I injured my knee when I was about seven and had ignored it since then.

“They told me it had not really healed and it could disturb me in the future and mean the end of my sports career.

“So you have to be clever and that is what we’ve been correcting in the gym. So far, things are looking good and next year maybe I’ll run better times.”

Semenya said all her pre-season training would be geared towards next year’s Commonwealth Games in Glasgow.

She may even attempt to run more than one event at a meeting next season, depending on her training.

“The target is to run in the African Champs, the world cups (Continental Cup in Marrakesh) and then the Commonwealth Games, which is the big one where I have to win,” Semenya said.

“Maybe I can double in the 400m or 1500m, but it will depend on the coach and my strength and how I respond through training. The 400m is the main target meanwhile, in the season.

“Soon I will be back to my standard. I’ve rectified my mistakes so I think things are looking good and I will be going there with a positive mindset and running my old style.”