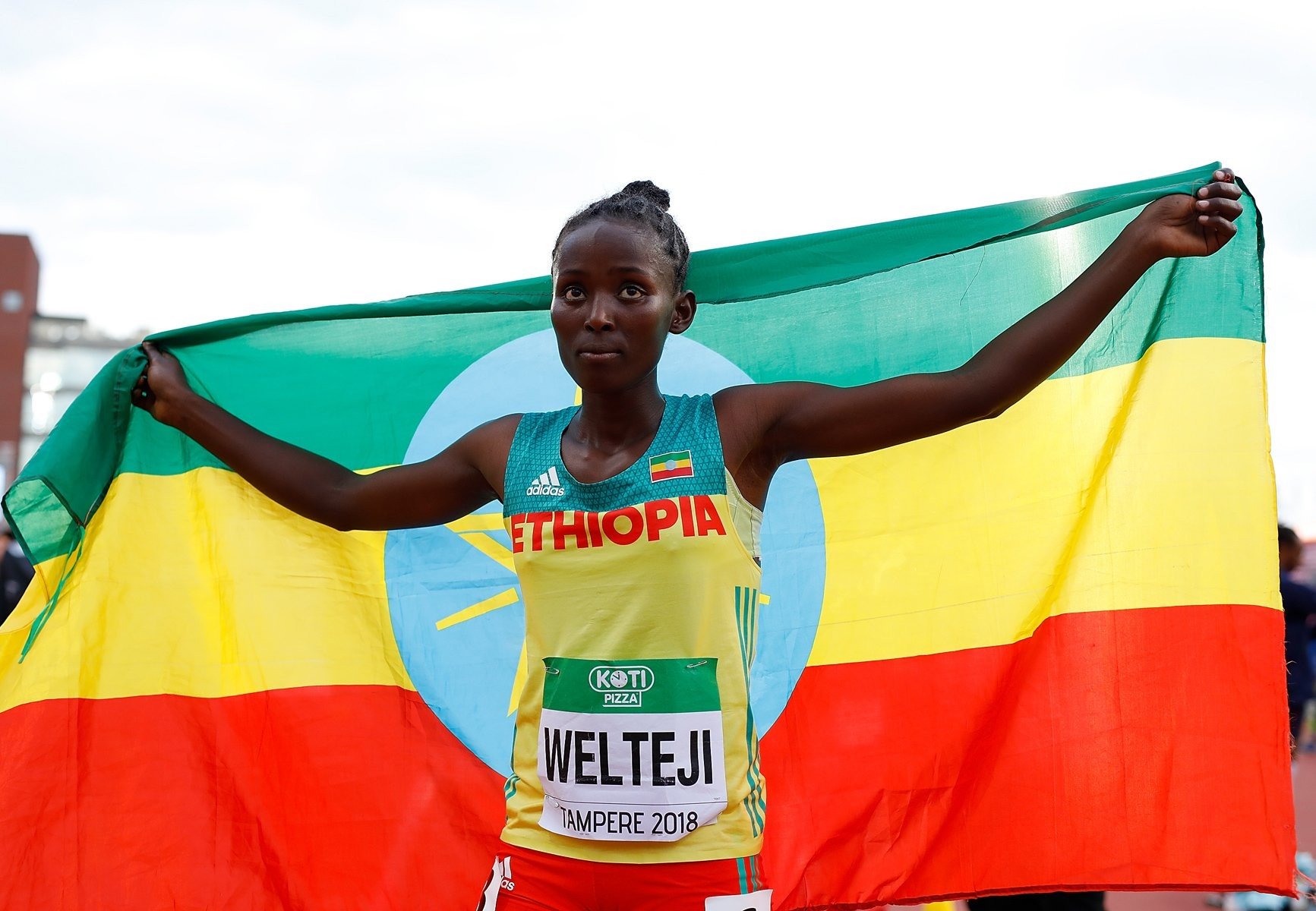 Diribe Welteji (Ethiopia) in the Women's 800m at the IAAF World U20 Championships Tampere 2018 / Photo credit: Getty Images for IAAF

It hasn’t been a vintage championships for Ethiopia thus far but competing internationally for the first time, Diribe Welteji opened up her country’s gold medal account at the midway point of the championships courtesy of another front-running display in the 800m final.

Diribe Welteji was the fastest qualifier from yesterday’s semifinal and a championship record was very much on the cards as well with a brace of noted front runners in the final.

As she did in yesterday’s semifinal, Switzerland’s Delia Sclabas – who is better known for her exploits over 1500m and 3000m – towed the finalists through the 200m checkpoint in 28.10 before Welteji assumed the lead, a tactic which she also employed yesterday.

Welteji won her semifinal yesterday in 2:01.89 with uneven splits of 56.71/65.18 but a slightly more conservative gameplan was on the cards tonight as she reached the bell in 58.98.

Welteji was already more than a few strides ahead of the pack by this point and the 16-year-old extended her lead further through the 600m point in 1:29.34.

The championship record which has stood to Romania’s Mirela Lavric for a decade at 2:00.06 was under threat at this point if Welteji had kept something left in reserve after three races in as many days.

Welteji ran a much more even paced race this time around, crossing the finish-line in 1:59.74 – the first sub-two-minute clocking in the 32-year history of the championships. 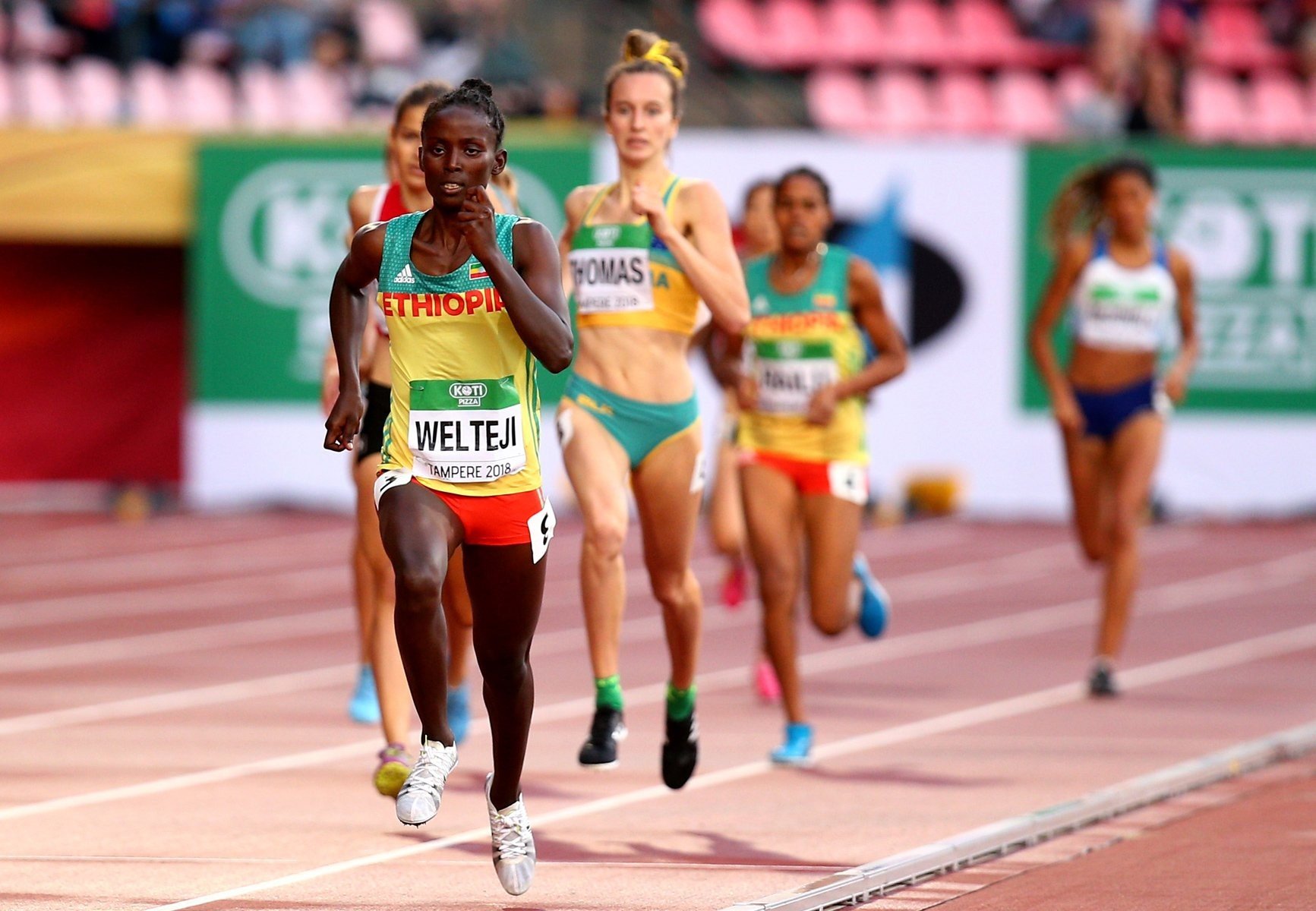 Diribe Welteji (Ethiopia) in the Women’s 800m at the IAAF World U20 Championships Tampere 2018 / Photo credit: Getty Images for IAAF

There were also breakthrough performances for the silver and bronze medallists. Australia’s Carley Thomas improved her pre-championships lifetime best from 2:03.66 to 2:01.13 for the silver medal, holding off Sclabas in the process.

Sclabas improved her pre-championships lifetime best by an even greater margin from 2:03.93 down to 2:01.29 for an unexpected bronze medal.

Sclabas, 17, has been a known entity at age-group level internationally for the past two seasons – and for even longer domestically (she ran 35:04 for 10km at the age of 13) but not so much over 800m. Sclabas had entered the 800m, 1500m and the 3000m at the championships and her decision to opt for the two laps in a championships for the first time proved a wise one.

(Reports by: Steven Mills for the IAAF)