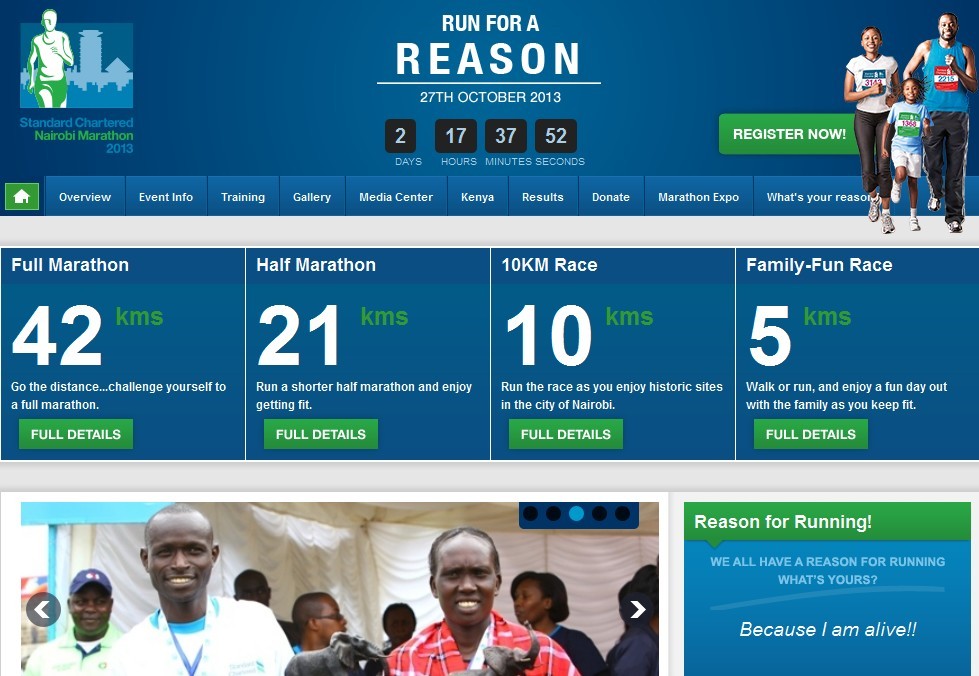 Kenyan police pledged today to boost security for the 11th Standard Chartered Nairobi marathon on Sunday, being staged just over a month since Al-Qaeda linked gunmen killed at least 67 people in a shopping mall.

“We have taken this function very seriously, putting into consideration all the threats we have in the country right now,” Nairobi deputy police chief Moses Ombati told reporters.

“We don’t want a repeat of what happened at Westgate, which took all of us by surprise.”

Somalia’s Islamist Shabab insurgents claimed responsibility for the Westgate attack, saying it was in revenge for Kenya military action against the group in southern Somalia. They have threatened further attacks.

Kenya’s security forces were initially praised for bravery in battling the insurgents, but were later heavily criticised after shopkeepers entering the mall after the siege said their stores had been ransacked.

“We have enhanced security right along the 42 kilometre (26 mile) route, both from the air and on the ground, with restrictions at all the key points. There will also be screening of all the participants,” Ombati added.

Over 20,000 local and international athletes are expected to take part in the annual marathon race through the streets of the capital.

+ Posts
In this article:Nairobi marathon