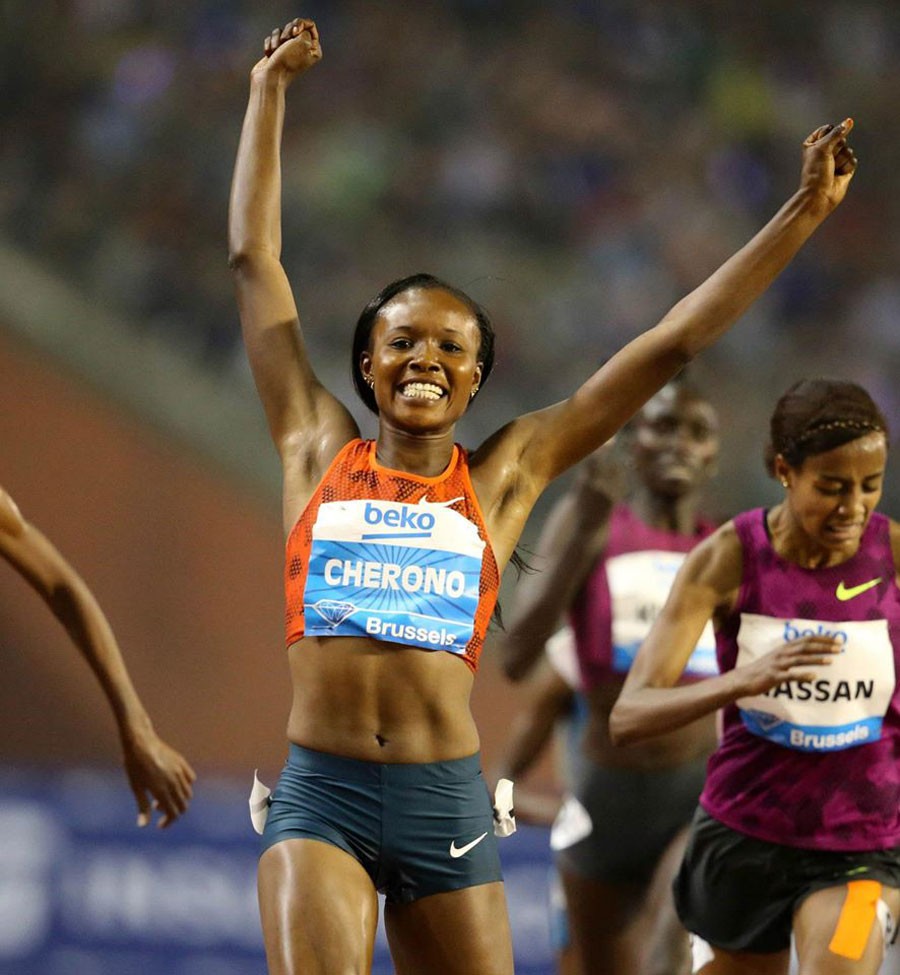 A large group was huddled together for much of the race and it was only on the last lap when the real racing began in this spectacular IAAF Diamond League finale.

European 1500m champion Sifan Hassan led at the bell with 2011 world 1500m champion Jenny Simpson on her shoulder and [link id=”454″ tax=”post_tag” text=”Mercy Cherono”] down in seventh. With 200 metres to go, Cherono began to make her move and she kicked hard as she entered the home straight.

Ethiopian Dibaba finished third in 8:29.41 and American Simpson set a personal best of 8:29.58 for fourth.

Mercy Cherono has had a fine season and she’s capped it with a Diamond Trophy pic.twitter.com/YwkvMKGrwp