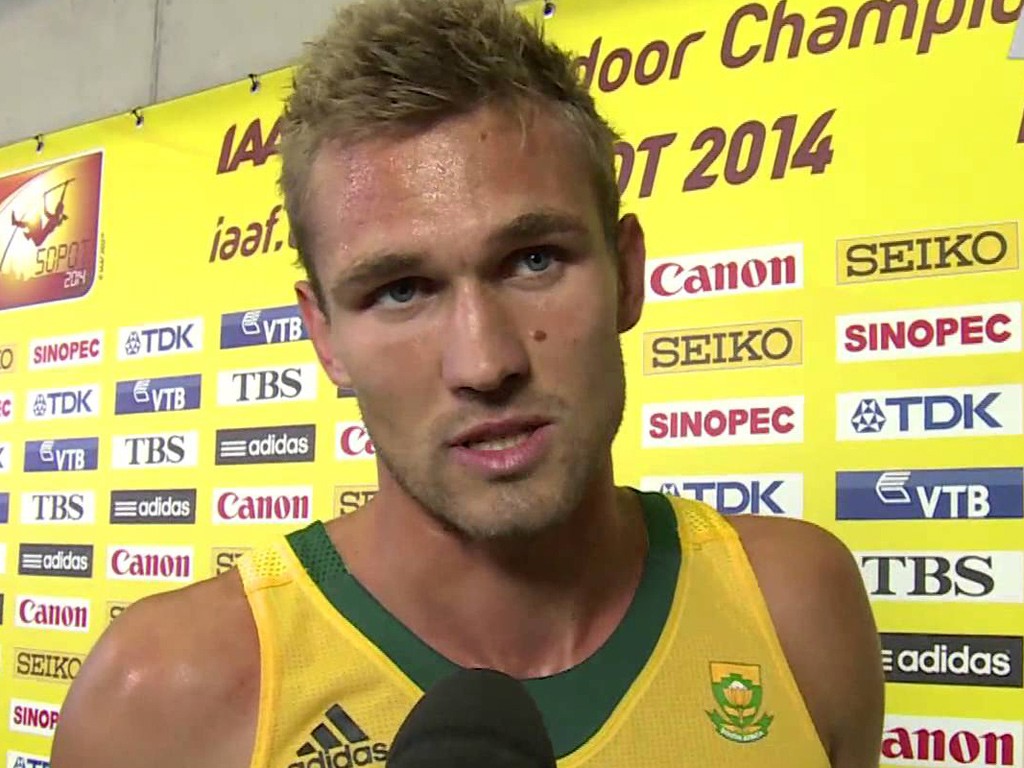 South Africa’s middle-distance runner Andre Olivier set the fastest ever time by a South African athlete over the unofficial 600m distance at the Sainsbury’s Birmingham Grand Prix on Sunday.

The lanky South African champion crossed the line in 1:15.03 to improve the previous national ‘best’ of 1:15.13 set by Hezekiel Sepeng, the SA 800m record holder, in Gold Coast, Australia, in September 2000.

Rudisha’s time was the fourth fastest in history over the 600m distance, which is not officially recognised by the International Association of Athletics Federations (IAAF) for record purposes. 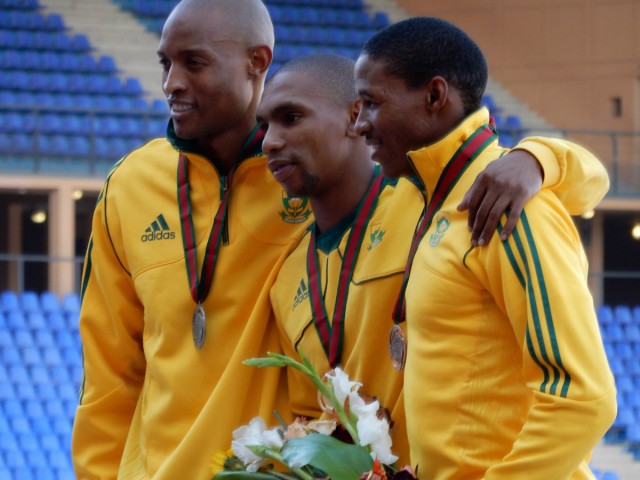 Visser produced an 8.08m leap in the second round and held the lead for most of the competition, before Taylor went one centimetre better with his sixth attempt.

Starting slowly, Cronje held on at the back of the field for most of the race and was unable to make his presence felt, crossing the line nearly four seconds behind Kenyan winner [link id=”207″ tax=”post_tag” text=”Asbel Kiprop”], who clocked 3:51.89.

[link id=”232″ tax=”post_tag” text=”Sunette Viljoen”], the only other South African in the provisional entry lists, pulled out of the women’s javelin throw event ahead of the meeting.

Viljoen, who secured silver at the recent Commonwealth Games in Glasgow and bagged her fourth continental title at the African Championships in Marrakech earlier this month, said she was still feeling the effects of her hectic schedule over the past few weeks.

“I felt on Friday morning that I was still extremely tired due to a lot of flying and travelling and my body needed rest,” Viljoen said.

“I took the decision to skip Birmingham in order to put all my energy into my last two meets of the year. I’m not done yet.”

Viljoen confirmed she still intended to compete at the [link id=”367″ tax=”post_tag” text=”IAAF Continental Cup in Marrakech”] next month.