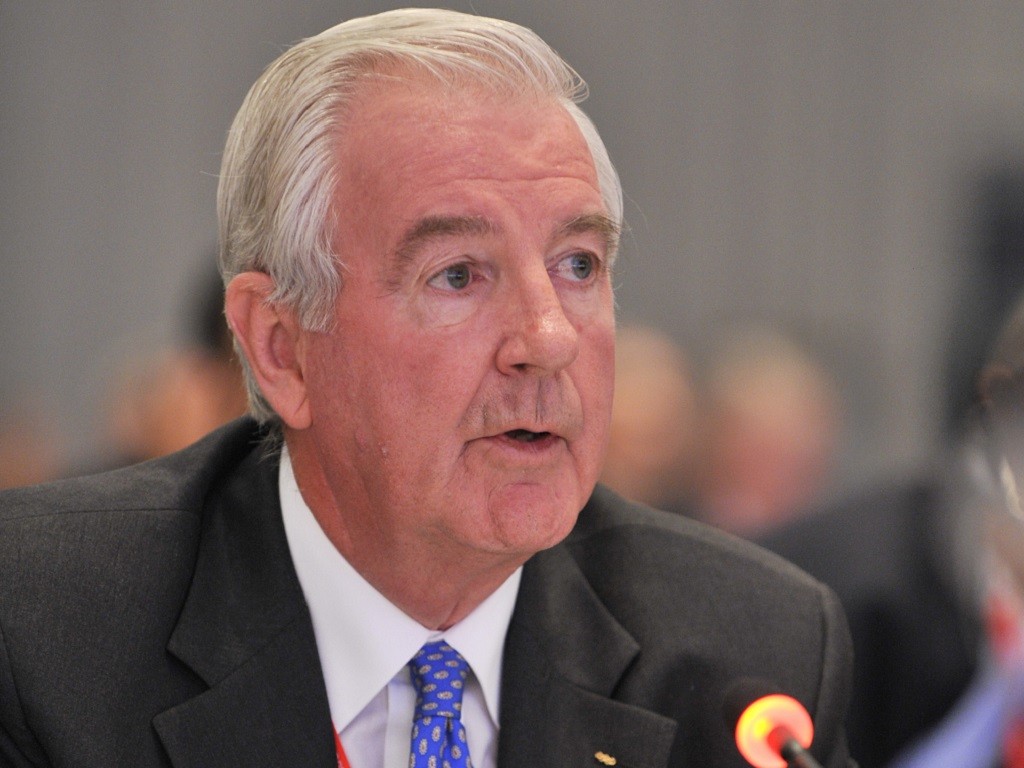 The Net is closing in on doping cheats, writes the World Anti-Doping Agency (WADA) President [link id=”341″ tax=”post_tag” text=”Sir Craig Reedie”] in a new Op-Ed for WADA website this week.

Since the 1970s with the introduction of the first reliable drug test and full-scale testing of athletes at the Summer Olympics in Munich, identifying dopers and imposing sanctions has evolved from traditional urine and blood tests to include proactive investigative techniques.

With the support of a dedicated anti-doping community that includes athletes, fans, coaches, governments, and law enforcement, WADA has been able to introduce innovative anti-doping regulations, allowing anti-doping organizations to apply sanctions in cases where there is no positive doping sample, yet where there is still evidence that a doping violation has occurred.

As [link id=”340″ tax=”post_tag” text=”WADA”] and the anti-doping movement has matured over the years, we have become more resolute in our mission: we now fiercely protect the world’s clean athletes using new investigation methods to catch dopers – our reach is farther and wider than ever before.

Traditional scientific testing now works in tandem with no fewer than nine other methods of sanctioning doping athletes; so, the message is clear to the cheats: if you think the only way you can face a doping ban is through failing a drug test then think again.

Aside from a positive drug test, athletes who refuse to submit a sample, who traffic prohibited substances, or who are complicit in assisting other athletes with an anti-doping rule violation are also subject to sanctions under the World Anti-Doping Code.

Along with our enhanced focus on education, the Anti-Doping Administration and Management System (ADAMS) and the Athlete Biological Passport (ABP) – an individual electronic record revealing doping through biological variables – investigation efforts are now much more crucial than ever to our efforts.

“Traditional scientific testing now works in tandem with no fewer than nine other methods of sanctioning doping athletes; so, the message is clear to the cheats: if you think the only way you can face a doping ban is through failing a drug test then think again.”

The [link id=”237″ tax=”post_tag” text=”World Anti-Doping Code”] is a clean athlete’s weapon against doping, providing clear information on how to adhere to anti-doping rules, including how to avoid suspended Athlete Support Personnel.

Over the years, there have been several high-profile examples where athletes have continued to work with coaches or other personnel who were banned or were criminally convicted for providing prohibited substances.

We recognize that athletes often do not dope alone, and that there are people alongside them encouraging them to cheat. That is why in September, under the new ‘Prohibited Association’ rule, WADA published a list of support staff with “disqualifying status,” giving athletes advance notice of people to evade when considering coaches, trainers or medical consultants, so they can avoid falling foul of anti-doping rules themselves.

To further our investigative strategies, WADA continually teams up with law enforcement and government agencies committed to outlawing the manufacture, trafficking and possession of doping substances.

The information collected during these investigations is extremely valuable to sports and anti-doping authorities who are then better equipped to follow-up on anti-doping rule violations.

In September, DEA officials in the United States announced a nationwide series of enforcement actions targeting anabolic steroids and other performance-enhancing drugs.

This example of multi-agency alliance works to deter those involved in the production and trafficking of illegal substances and prevents these substances from getting into the hands of the end user, very often the elite athlete.

“In September, WADA published a list of support staff with “disqualifying status,” giving athletes advance notice of people to evade when considering coaches, trainers or medical consultants, so they can avoid falling foul of anti-doping rules themselves.”

This is a strong example of how we are protecting the clean athlete. Major investigations by law enforcement agencies and the introduction of relevant laws and penalties brought forth by government, bring greater efficiency to the fight against doping in sport.

WADA also works closely with the pharmaceutical industry to identify trends of legitimate medicinal substances that are being abused or misused by doping athletes.

This kind of robust collaboration gives the anti-doping community a head start in the development of detection methods, and helps us stay one step ahead of the cheats.

Going well beyond traditional testing, these new investigative approaches are proving very effective in the ongoing fight against doping — showing that the net is closing in on doping cheats.

The revised World Anti-Doping Code rules require Anti-Doping Organizations around the world to work to the highest standards, to obtain and process anti-doping intelligence from all available sources; such as, effective testing plans and anti-doping investigations.

The ‘anti-doping practice’ is continuing to evolve for the better because its practitioners are determined to stay a few steps ahead of the cheats. It is through this dedication, along with new and improved techniques, that the rights of clean athlete will continue to be upheld.